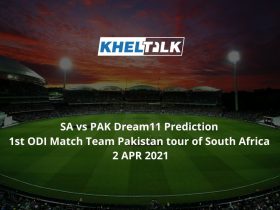 Team India has certainly turned things in their favor after a humiliating ODI series. They have taken a series-clinching lead over Australia by 2-0 with one game still to go. The hosts’ fans will expect their side to mark a strong comeback in order to avoid the whitewash. But, it will not be a cakewalk for their side for Australia. The Men in Blue have found their rhythm back and they look unstoppable in the shorter format.

On one side, Team India is studded with some big T20 stars with the likes of Virat Kohli, KL Rahul, Shreyas Iyer, Shikhar Dhawan, and Hardik Pandya. All these players performed impeccably well in the recently concluded games.

On the other hand, Aussies are short of David Warner’s services that have left a big impact on the team. Moreover, the absence of Mitchell Starc and Pat Cummins has left a big void in the bowling unit. In the batting, they have a long list till the number 7 position. And, the fans will be confused on which player they should they pick while picking Dream11 Fantasy Team. This a big question and a mess of its own kind. So, we are here to tell everyone about the three must pick for the 3rd T20I between India and Australia.

KL Rahul is currently one of the biggest stars when it comes to playing in the shortest format of the game. In the recently concluded IPL 2020, he single-handedly anchored Kings XI Punjab to the doors of playoffs. The Karnataka-born player smashed 670 runs in 14 games at an average of 55.83 with the help of one century and five amazing fifties. Coming onto his T20I stats, he has amassed 487 runs in the last 10 appearances for Team India. He is totally a different beast when it comes to the shorter format of the game. And, leaving him out will be the biggest mistake of the fans while Dream11 Team Prediction of their Fantasy team.

Shikhar Dhawan has improvised his game in the shorter format. And, this was easily visible in IPL 2020. Earlier, he used to take time before taking the charge against the bowlers. But, now, he doesn’t allow the bowlers to get settle and smash them for boundaries as well sixes from the word go. He became the first player in the history of IPL to score back to back tons. Also, the southpaw finished as the 2nd leading run-scorer of the cricket extravaganza. The form is really with Dhawan, who showed some of its glimpse in the recently concluded ODI series. Now, he would be eager to replicate the same in the T20I series as well. He will be one of our preferred Dream11 Fantasy Picks.

Glenn Maxwell, the big gun in Australia’s dugout. He is simply a big match-winner when playing at his best. And, the way he has performed in the recently concluded ODI series makes him a perfect player for any Dream11 Fantasy team. He hammered Indian bowlers for 167 runs in 3 games at a strike rate of around 195. He has got some good scores in the ongoing T20I series as well.

Although, he had a poor time playing for Kings XI Punjab in IPL 2020. But, he has found his peach touch with the bat. He is one of the most-demanded batsmen of the shorter format. And, having him in the side is always a big positive for any team. Moreover, he is a sharp turner of the ball and can get some crucial wickets for his side. So, keeping his all-rounder abilities in mind, our experts give him an edge over other players in Dream11 Fantasy Team.