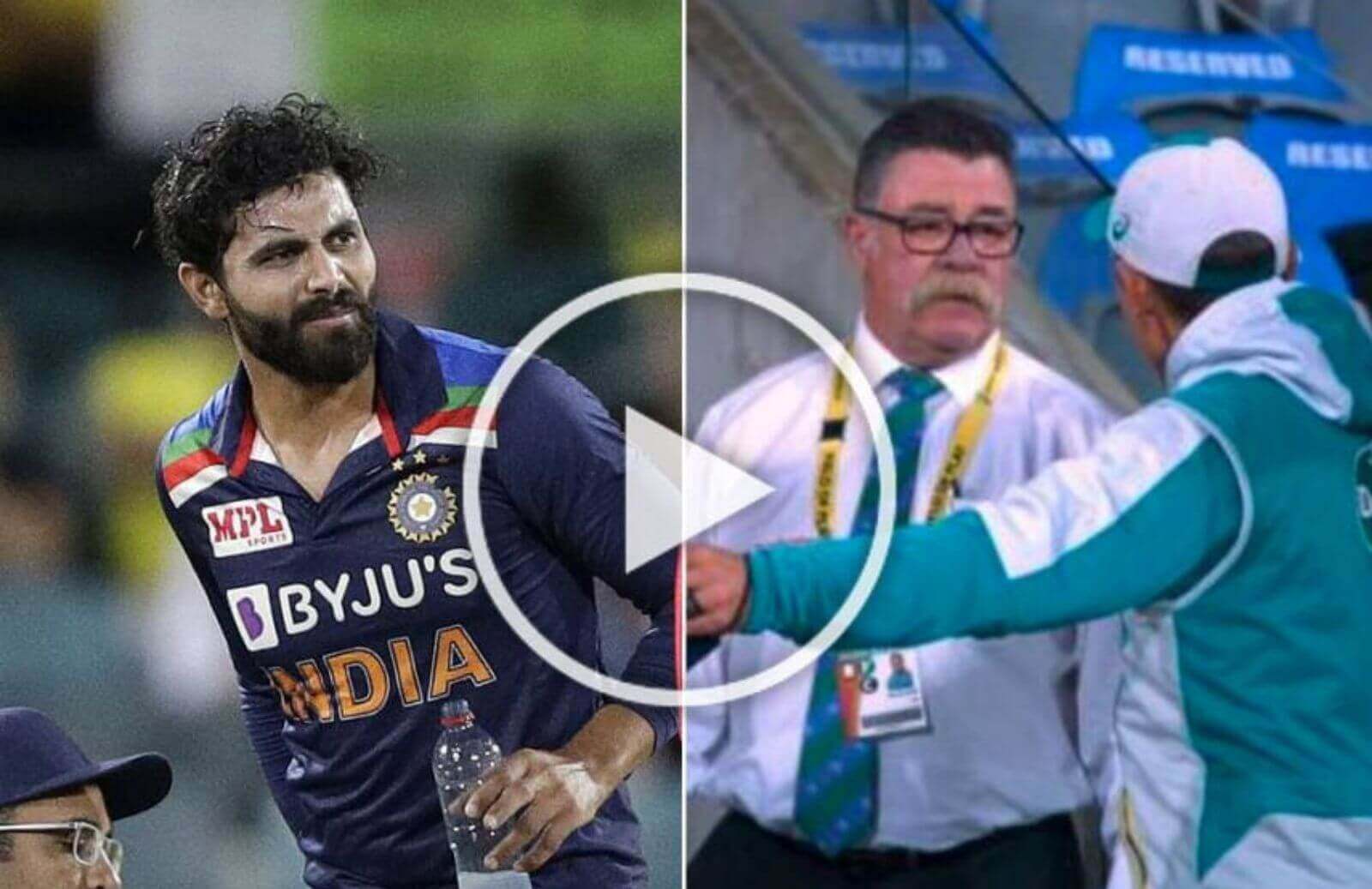 Team India posted a respectable total on the scoreboard in the third ODI against Australia. Courtesy to the glittery and fierce knocks of Ravindra Jadeja and Hardik Pandya, who hammered hosts bowlers for runs in every region of the park.

India won the toss and elected to bat first against Australia in the 3rd ODI. But, the decision didn’t go down well in favor of the visitors. They lost their in-form opener, Shikhar Dhawan, in the 5th over of the innings. The southpaw charged down the line in order to smash Sean Abbott for a boundary. But, he failed to clear the fielder standing inside the 30-yard circle and gave an easy catch to Ashton Agar.

Virat Kohli then came out to bat at number three. He got off to a slow start in the game. But he did an impressive job with the bat. He stitched a good partnership of 56 runs with Shubhman Gill. However, the moment they looked dangerous, Ashton Agar sent Gill back to the pavilion. The young Indian opener looked settled on the wicket but he lost his composure and got lbw out. He scored 33 runs off 39 balls studded with three boundaries and one big six.

Meanwhile, Kohli kept on scoring in his classy batting style. The Indian team was hopeful that their talented batsman Shreyas Iyer will surely click a good knock after showing a glimpse of his fine form in the previous games. But that never happened. Iyer once again failed in scoring a big knock. In an attempt to score a boundary, he ended up giving a sitter to Marnus Labuschagne off Adam Zampa.

KL Rahul, who scored a brilliant half-century in the 2nd ODI, couldn’t replicate his form well and he got out after scoring 5 odd runs. Australian bowlers did a great job and sent top Indian batsmen back into the dugout. Later on, Josh Hazelwood gave the biggest below of the match to Team India by dismissing settled Virat Kohli.

The Aussie skipper had an idea that Kohli is not good at playing his natural way against Hazelwood. And, this is the reason he introduced a right-hand pacer, who successfully dismissed Kohli at his individual score of 63 runs.

The fans thought that India will not be able to score a respectable total on the scoreboard. But, Hardik Pandya and Ravindra Jadeja had some different plans. The duo got off the mark in a subtle fashion. But, towards the end, they acquired an aggressive approach. Both the players smashed Aussie bowlers all across the park. Ravindra Jadeja played an unbeaten knock of 66 runs off 50 balls and Hardik Pandya amassed 92 runs in 76 balls. In the end, Team India managed to score 302 runs in stipulated 50 overs.

The fans were amazed by the performance of Jadeja and Pandya. And, they filled social media with cherishing posts in no time.