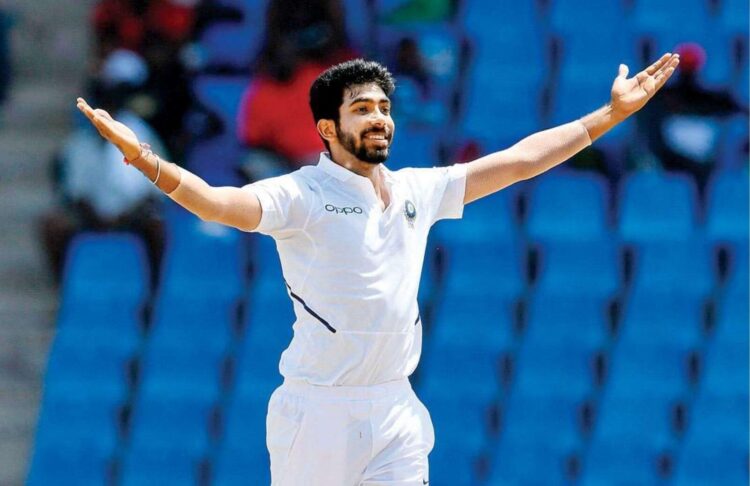 Jasprit Bumrah shakes Mathew Wade with his remarkable inswinger and dismissed the southpaw for a lowly score of 8 runs. Followed by a peach of a delivery that dismissed Joe Burns. Team India got off the mark with a poor start on Day-2 as they were dismissed for a score of 244 runs. However, now the bowlers have helped visitors in gaining the momentum and Jasprit Bumrah strikes for Team India in the 14th and 16th over.

Indian tailenders kneeled down in front of the Aussie pace attack. They added only 11 runs before the team got all-out in the 1st innings. Pat Cummins and Mitchell Starc emerged as the nightmare for the Indian batting unit.The former took three wickets whereas the latter grabbed an important four-wicket haul in the 1st innings of the historic Test.

With 244 runs, Indian bowlers were expected to come up with a commendable bowling effort and they managed to do so. Virat Kohli made a big change and handed the ball to Umesh Yadav in the first over. The pacer looked fully pumped up and did his job quite brilliantly. He bowled four maiden overs out of his first six overs. He made pressure that helped other bowlers from the other end.

Jasprit Bumrah being traditional Jasprit Bumrah. On the final delivery of the 14th over, he bowled a superb inswinger that caught Matthew Wade in front of the stumps. Even the batsman was stunned at how a ball can variate in such a fashion. The bowler appealed for lbw and the on-field umpire raised his finger. But the Aussie southpaw went for a review. But, in replays, it was clearly visible that the ball pitched in line and it was hitting the stumps.

In the 16th over, Bumrah came out with another brilliant delivery that plumbed Aussie opener, Joe Burns, out. He also asked for a review. But, once again Australia was unlucky and the batsman was adjudged out by the third-umpire.

Currently, Australia is playing at a score of 30 runs for a loss of 2 wickets. Marnus Labuschagne and Steve Smith are batting on the crease against the visitors. But, for now, Indian bowlers have showcased some brilliant piece of bowling against the hosts.

Here is the decision: