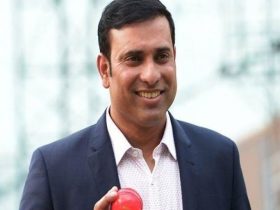 Rohit Sharma is in top-notch form with the bat in the ongoing Test series against England. He has done a commendable job with the bat as an opener for the hosts. Now, he is gearing up for the final affair of the series against visitors. Meanwhile, he recently shared a post on social media and he was hilariously trolled by his wife Ritika Sajdeh Later on, the Indian spinner Kuldeep Yadav also gave a cheeky reaction to it.

The pitch used in the ongoing India vs England Test series has been the talk of the town. The former players have been quite critical about the same. They feel that spinners have got enough assistance in the ongoing series due to which the batsmen have not been able to perform well with the bat.

It all started when the 3rd Test was concluded within the span of two days. Now, with the final game on the line, India and England’s players are expecting a competitive track. Keeping a note of the same, Rohit Sharma took to his official Instagram handle and shared a still in which he can be spotted lazing around on the ground. He also gave a caption to his post that read, “Wondering what the pitch would be like for 4th test.”

As soon as Ritika Sajdeh came across the post of her husband, she took no time in trolling her husband. She took to her official Instagram account and left a hilarious comment that read,” And you make fun of me for lazing around like this.”

Later on, Kuldeep Yadav shared his reaction by leaving laughing emoji in the comment section.