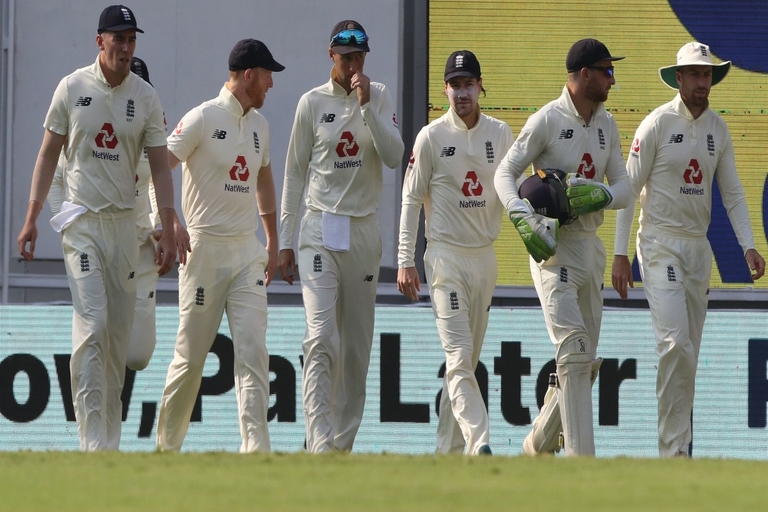 India thrashed England by a big margin of 10 wickets in the third Test that was played at Narendra Modi Stadium in Ahmedabad. Meanwhile, the England women and men cricketer got engaged in a war of words on social media. Even, James Anderson also showed his support.

After losing the toss, England’s batting line-up collapsed as they managed one of their lowest total in Test cricket history of 112 runs. The visitor bowlers helped their side in making a strong comeback and dismissed the host’s heavy-duty batting line-up at a low score of 145 runs. The fans thought that the visitors might manage a comeback in the series but that was not the case.

England Women And Men Cricketers Engaged In War Of Words

English batters, who looked fully out of form with the bat against Indian spinners once again failed to perform. They were again dismissed for a score of 81 runs. They even failed to outclass their previous inning score. In the match Indian side exploit England batsmen’s weakness of playing spinners. And, once again England’s inability to score against spin was visible. They gave an easy target to India of 45 runs to win.

In the end, Indian opener Rohit Sharma and Shubhman Gill in no time chased down that target with the bat. Later on, Alex Hartley shared a post giving a hilarious angle to it. She took to her official Twitter handle and wrote,” Nice of the England boys to get this test match finished just before England Women play tonight.”

The post didn’t go down well with the England team cricketers. Rory Burns came with a fitting response and said, “Very Disappointing attitude considering all the boys do to support the women’s game.” However, the English cricketer found a hilarious angle and removed his tweet. But till then James Anderson and Ben Stokes had shown their support giving their likes to that particular post.

Ben Duckett also joined the bandwagon as he shared a post that read, “Average tweet. Don’t think any of the men’s team would be ‘clapping emojis’ if the women lost.”

Joe Root didn’t look happy as he lost the game against India. He said that their side was in a decent position with 70 runs on the scoreboard for a loss of 2 wickets. The England skipper looked optimistic and said that their team will look to mark a strong comeback in the side.

“We were 70 for 2. But we didn’t really capitalize on it. 250 on that wicket would have made it different. We will come back using this hurt and come back as a better team. The plastic coating on the ball gathered pace off the wicket.

“It was high-quality bowling as well. Both sides struggled on that wicket. We don’t define ourselves on a performance like this. We shouldn’t have any baggage from the previous games going into the last game,” Root said after the game.