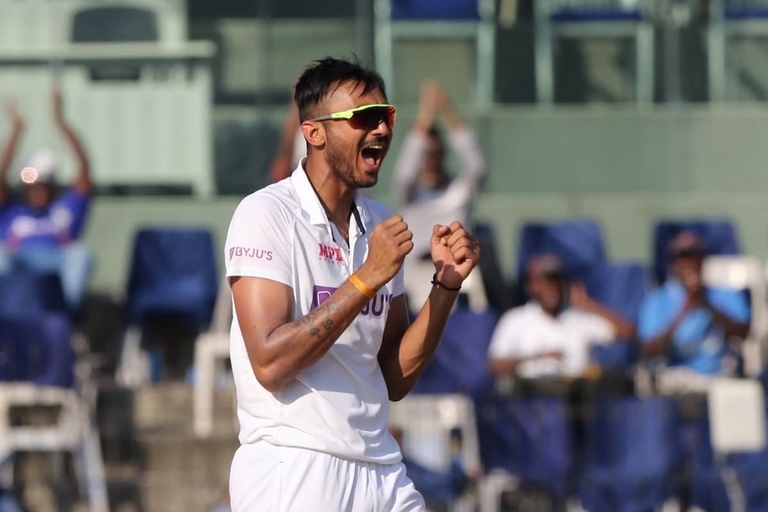 Axar Patel, the left-arm spinner has used the home conditions in the best possible way. He got off to a dream start in his 2nd Test match as he grabbed the important wicket of Jonny Bairstow on the first delivery of his game. He also became the first Indian spinner to take a wicket in a pink-ball game in India.

Axar Patel got the golden opportunity to make his debut in Test cricket against England in the 2nd Test match. He did impress everyone with his brilliant bowling skills. He took seven wickets in his debut game and broke several records. The Gujarat-born cricketer came with momentum in his home Test and took an important wicket of England wicketkeeper-batsman.

Indian skipper surprisingly handed over the ball to Axar Patel in the sixth over of the game. It was one of the decisions that could have backfired. But that was not the case. The home-boy decently bowled and dismissed Jonny Bairstow for a duck.

He bowled a slow delivery coming towards the batsmen. And, Bairstow tried to defend the delivery on the front foot. However, the ball went past the gap between bat and pad hitting the leg. Later on, the Indian fielders and Axar Patel confidently made an appeal for lbw, and the onfield umpire adjudged Bairstow out.

Coming onto the match, Ishant Sharma and Axar Patel gave early blows to England in the 3rd Test. The Indian pacer playing his 100th Test match took the first breakthrough of the game as he dismissed Dominic Sibley. On the other hand, England batsman Zak Crawley scored a brilliant half-century in the 1st session of the third Test in Motera stadium.