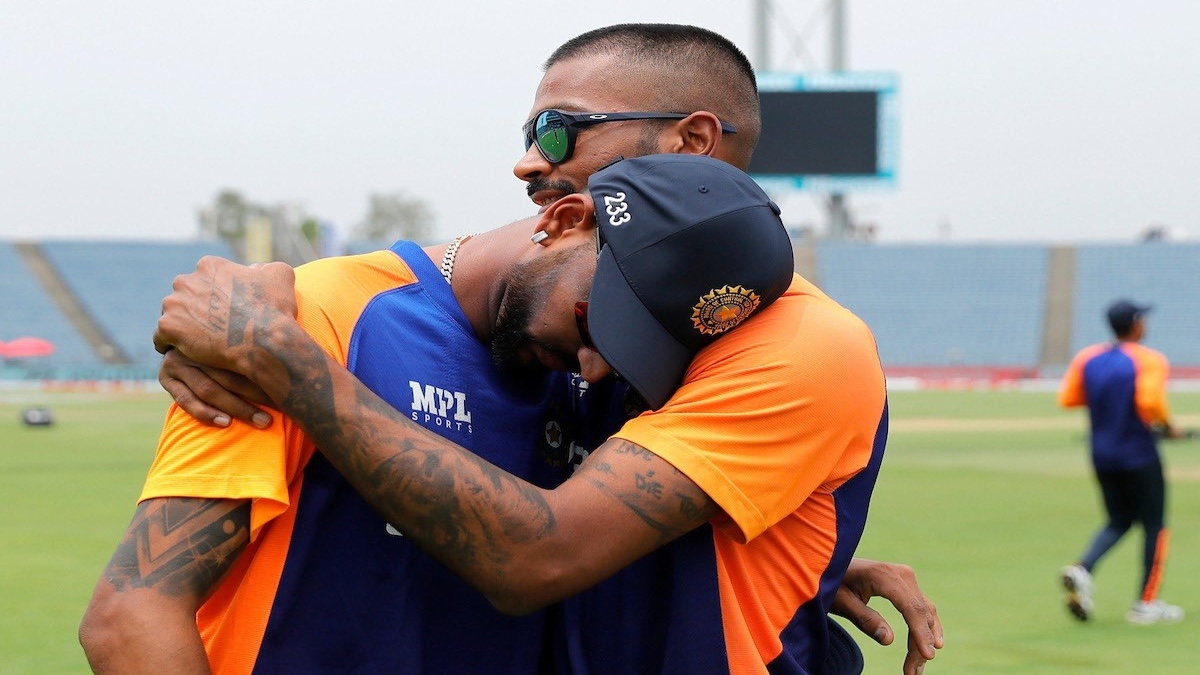 Krunal Pandya got off to a dream start in ODIs as he slammed match-saving fifty for Team India in a crucial position. He was the star of the night as he smoked runs with the bat and took an important wicket for Team India. However, in the mid-innings break, he asked for an interview by the commentators. Meanwhile, he broke into tears and looked full of emotions flowing from his eyes. Later on, his brother came and gave Krunal a lively hug that won everyone’s heart.

Krunal Pandya came to bat when Team India was struggling at a score of 205 runs with only tailenders left to bat in the dugout. He was expected to turn things in Team India’s favor and the debutant all-rounder managed to do so. He quickly got settled and took the charge against English bowlers. The southpaw was hitting boundaries and sixes with ease.

Krunal looked confident and was plying his innovative strokes in a classical way that was quite frustrating for the England bowlers. He slammed 26 balls fifty studded with seven boundaries and a couple of sixes. In a heartwarming gesture, he gave tribute to his late father after scoring his maiden fifty by pointing towards the sky. Certainly, he contributed with the ball and took one important wicket of Sam Curran. It was no less than a dream game for the Indian debutant just one day before his birthday.

Post-match, Hardik Pandya shared still from the match in which he was giving a loving hug to his brother, who broke into tears. He also gave a heartwarming caption to his post that read, “Papa would be proud. He’s smiling down on you Bhai and sent an early birthday gift for you. You deserve the world and more. I couldn’t be happier for you Bhai. This one is for you Papa.”