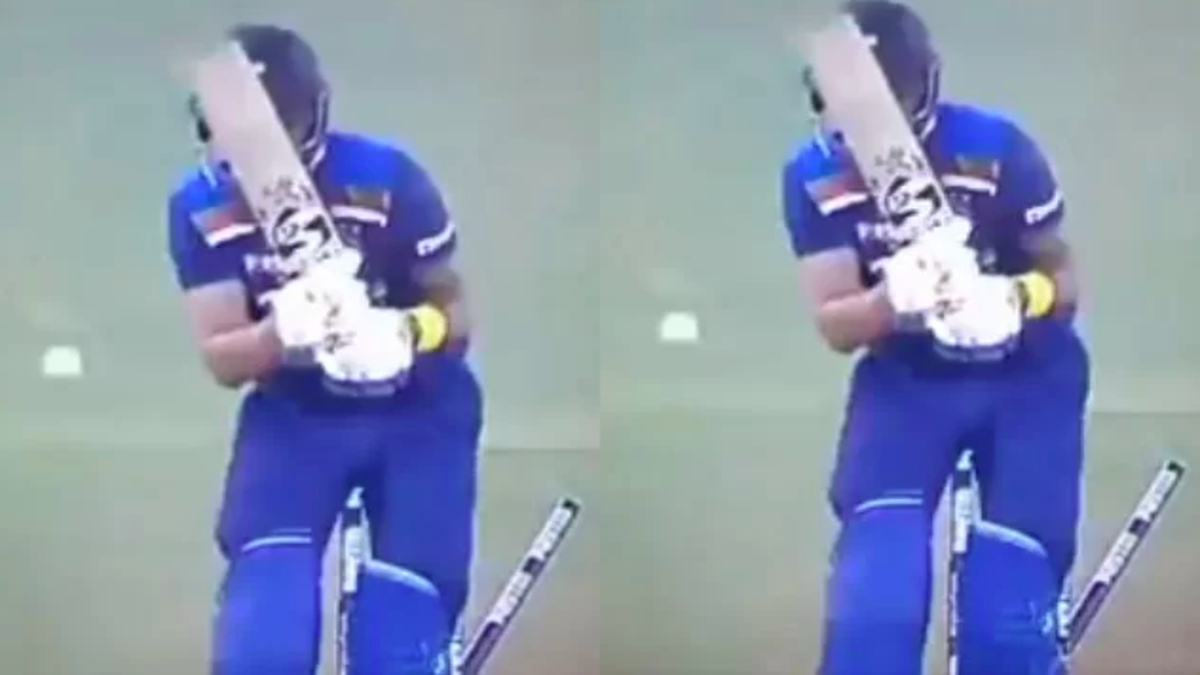 India lost the 3rd T20I against England by a big margin of 8 wickets. The hosts lost the game due to the inability of their batsmen to perform well against England bowlers in the first half of the game. Meanwhile, KL Rahul’s poor run with the bat continued. He scored only 1 odd run and got clean bowled to Mark Wood on a peach of a delivery. KL Rahul looked fully out of touch with the bat once again in the ongoing T20I series.

England skipper Joe Root was lucky enough to win the toss in the 3rd T20I and he elected to bowl first on the red-soil track of Narendra Modi Stadium. The decision went in favor of the visitors as they castled Team India’s top order quite early including the likes of KL Rahul, Ishan Kishan, and Rohit Sharma. However, the way the Karnataka-born player got out kept his poor form in the series on track.

KL Rahul has managed scores of 0, 0, and 1 in the ongoing T20I series. He seemed fully out of touch in the 3rd T20I as well. The right-handed batsman failed in judging the incoming delivery bowled by Mark Wood and got clean bowled. The Indian batting superstar was nowhere in line to play the stroke due to which the ball went past the gap between bat and pad in order to kiss the stumps.

Coming onto the match, India managed a score of 156 runs in stipulated 20 overs for a loss of 6 wickets. Virat Kohli once again rescued Team India from getting out to a low total. He smashed 77 runs off 46 balls studded with eight boundaries and four sixes. But, his effort went in vain.

England chased down the respectable total with 10 balls to spare in their bucket. Jos Buttler was on fire with his willow and slammed 83 runs off 52 balls studded with five boundaries and four sixes. Meanwhile, Jonny Bairstow also looked inflow and contributed 40 runs in the 3rd T20I.