Mumbai Indians have bought Adam Milne for 3 Crore 20 Lakhs INR in the IPL auction 2021. Adam Milne recently made his comeback to competitive cricket from an injury as he represented Sydney Thunder in the recently concluded Big Bash League.

The bidding war for the Kiwi speedster started between Rajasthan Royals and Mumbai Indians. The defending champions looked keen to snap Milne, but Sunrisers Hyderabad also entered the fray. However, the mighty blues persisted with their approach and signed the pacer.

Adam Milne in the IPL

Milne has already played for Royal Challengers Bangalore in the IPL, but he could not impress much owing to his frequent injuries. Adam Milne has picked up 4 wickets in 5 IPL games at a poor economy rate of almost 10.

Adam Milne has played 21 T20 international matches in his career, where he has clinched 25 wickets. The pacer has the potential to become the best in the world if not for his recurring injuries. The Kiwi pacer has experience of 108 T20 games in his career. Milne has picked up 121 wickets at an economy rate of 7.64. 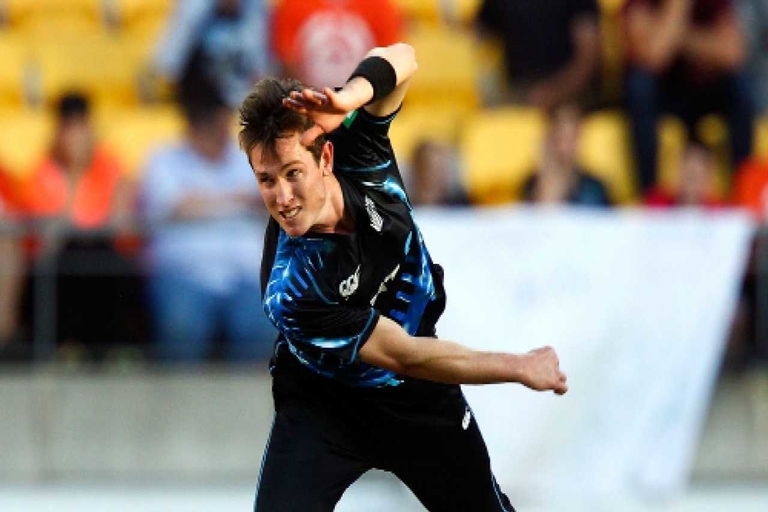 Adam Milne played under his hero Shane Bond under the tutelage in the Big Bash League 2020-21 for Sydney Thunder. He started slowly as he was returning from an injury but looked sharp with each passing game. Milne could pick only 5 wickets in 12 matches, but he looked very impressive with the new ball. He maintained a decent economic rate of 7.56 as well.

What would Adam Milne bring to Mumbai Indians?

In Adam Milne, the defending champions have signed a decent back-up pace bowler. They let James Pattinson go before the auction. Adam Milne is the pace bowler of the same mold. He is quick; he extracts good bounce from the wicket and could swing the new ball as well. Moreover, he has been reunited with Shane Bond at Mumbai Indians, who already knows how to get the best out of Adam Milne. 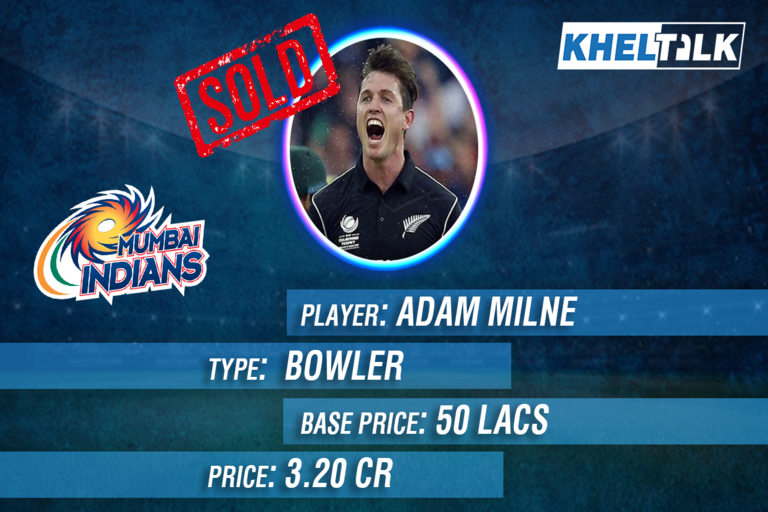