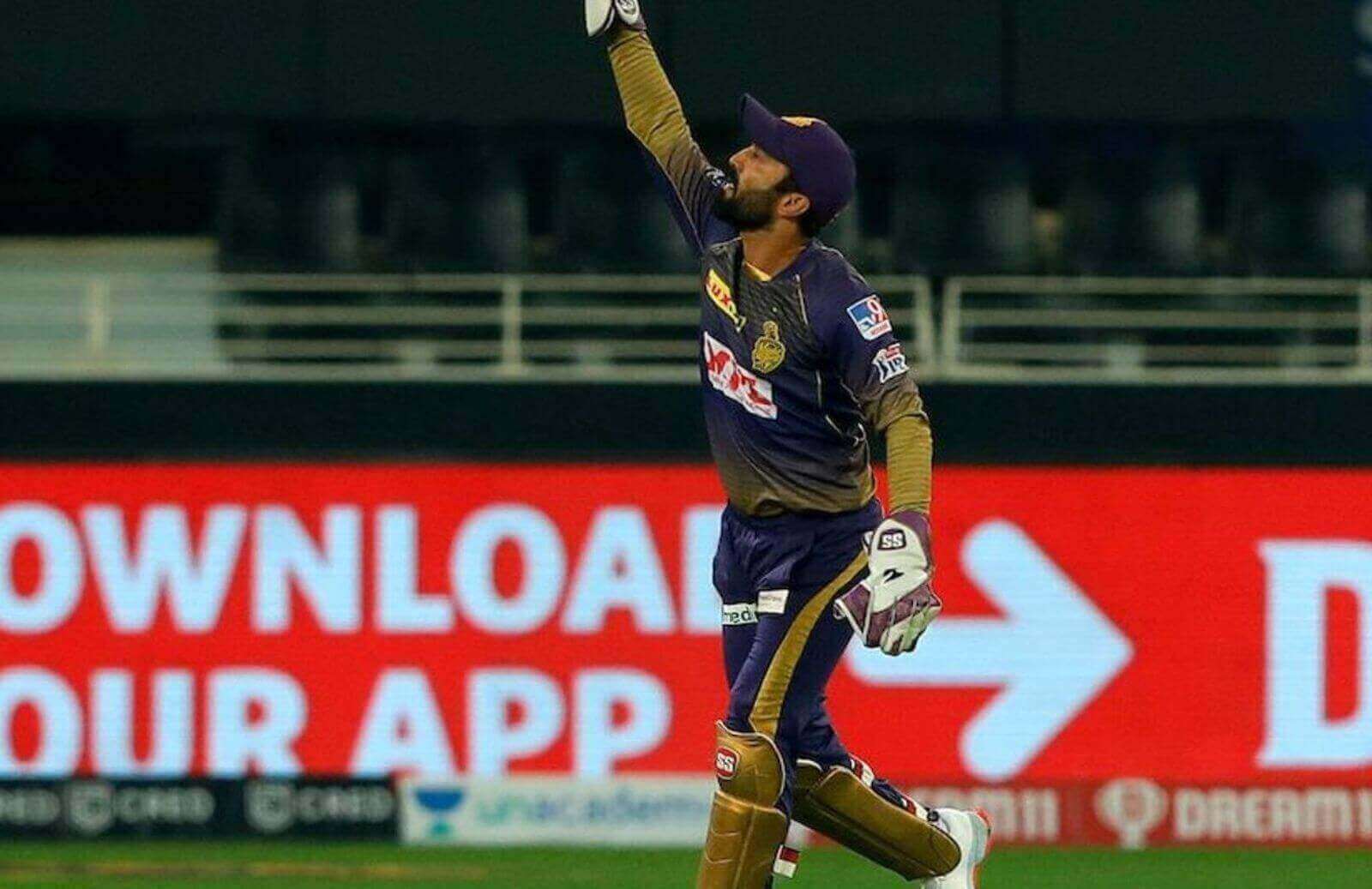 Kolkata Knight Riders and Rajasthan Royals were involved in a must-win game on Sunday evening. It was an important game from the perspective of both the teams in order to qualify for the playoffs. And, KKR certainly pulled off an amazing victory on the back of brilliant performance given by their star player Pat Cummins and skipper Eoin Morgan. But, Dinesh Karthik, the Indian wicketkeeper’s extraordinary catch to dismiss Ben Stokes stole the limelight.

Rajasthan Royals got a mammoth total to chase against Kolkata Knight Riders. And, they were already under pressure during the chase. Their openers tried to take the charge against KKR bowlers from the word go. But, that strategy didn’t go in their favor. Ben Stokes scored 18 runs off 11 balls before getting dismissed. Pat Cummins, the Aussie bowler bowled a brilliant outswinger at wide off-stump.

The England all-rounder’s eyes lit up in order to smash it for a boundary or six. However, he failed to get his timing right against Cummins. The ball took a thick edge and went behind. Also, it was very far from wicketkeeper Dinesh Karthik’s reach. At one point it looked impossible to grab that one. However, the Indian gloveman made it possible by going for a full stretch dive towards his left in order to take a world-class one-handed catch.

The commentators along with team management were in shock after Karthik took such an amazing catch. Coming onto the game, KKR managed 191 runs for a loss of 7 wickets in stipulated 20 overs. But Rajasthan Royals could only score 131 runs and lost the affair by 60 runs. Pat Cummins finally produced a performance as per management expectations. The fast-bowler bowled a brilliant spell in which he took 4 wickets giving away 34 runs.

Now, Rajasthan Royals have been knocked out from IPL 2020. And, the fight is between for the playoffs is between KKR, DC, RCB, and SRH. Knight Riders have played their final game and they are at the 4th position in the league table. However, their qualification is still dependent on the outcome of other games left in the tournament.