Out of favor, veteran off-spinner Harbhajan Singh has been bought by Kolkata Knight Riders at the base price of INR 2 Crore. The off-spinner went unsold during the first round of the auction. However, his name was put in the auction again during the last round, where the Eoin Morgan-led side signed ‘Bhajji.’

It would be the 3rd franchise Harbhajan Singh would represent in the Indian Premier League. The veteran started his career with Mumbai Indians, but he was signed by Chennai Super Kings during the twilight of his career. However, Harbhajan Singh opted out of the last IPL season, and simultaneously he was released by the franchise before the 2021 auction.

Harbhajan Singh isn’t only a legend of Indian Cricket, but the IPL as well. He is one of the leading wicket-taker in the history of the tournament. He has picked up 150 wickets in his IPL career in 160 matches. His economy rate is also among the best in the tournament at 7.05 runs per over.

The only concern for Kolkata Knight Riders could be the lack of game time for Singh. Bhajji hasn’t played any competitive cricket at all in the last year, and he might be a bit rusty coming to the tournament.

What would Harbhajan Singh bring to Kolkata Knight Riders?

The answer is pretty simple – an abundance of experience. Apart from Sunil Narine, KKR doesn’t have an experienced spinner in their ranks. They have two great spinners in Kuldeep Yadav and Varun Chakraborty. The ODI and T20I World Cup winner could act as a mentor for two young spinners. He also is an able back-up for the spinners in the squad. There might be questions about his form and fitness, but he is not going to get much of the game-time anyway. It could prove a smart buy as Harbhajan would add a ton of knowledge and experience to the Kolkata-based franchise. 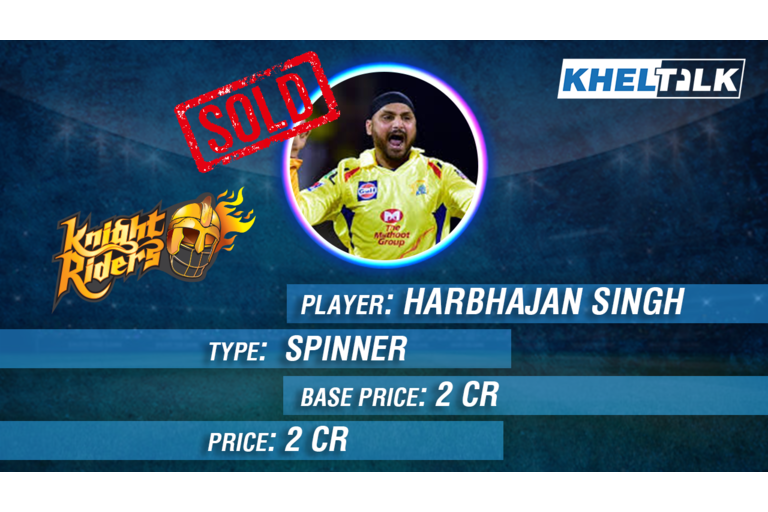