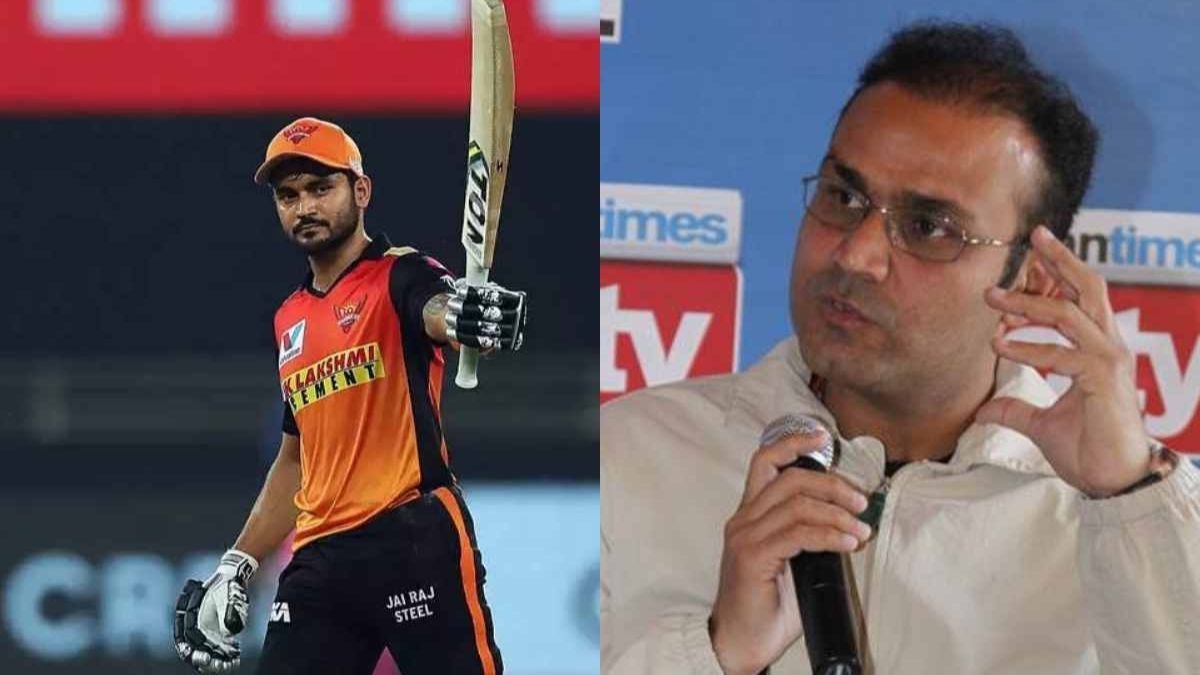 Kolkata Knight Riders defeated Sunrisers Hyderabad by a margin of 10 runs in their campaign opener. It was a close game that could have gone in the favor of the orange army if Manish Pandey had scored some boundaries. Post-match, a major group of fans trolled Indian batsman for his approach towards the end. However, now Virender Sehwag has given a brief on why Manish Pandey failed in winning the game against KKR.

After winning the toss, SRH invited KKR to bat first. The latter managed 187 runs in stipulated 20 overs. Nitish Rana got off the mark brilliantly and managed 80 runs. Dinesh Karthik also played a cameo coming out to bat in the final overs. From SRH, Jonny Bairstow and Manish Pandey scored quick fifties.

The England batsman got out to Pat Cummins in the 13th over of the game. And the responsibility came on the shoulders of Manish Pandey. The Indian batsman went unbeaten in the game. But couldn’t win it for Sunrisers Hyderabad. Many thought that it was Manish Pandey’s fault and slow batting towards the end.

However, former Indian cricketer Virender Sehwag feels different from others. He said that Manish Pandey didn’t got enough balls to score towards the end. The former Indian opener feels that sometimes it happens with the players

“Pandey couldn’t hit a boundary in the last three overs he batted against KKR. He had an important role play. He already had faced the pressure and was set. Had he taken the initiative to smash a few boundaries, SRH wouldn’t have lost the game by 10 runs,” Sehwag told Cricbuzz.

“It happens sometimes that you are a set batsman but you don’t get the balls to hit. I think the same thing had happened with Manish Pandey. He didn’t get any ball in his radar and hence, he couldn’t hit a six,” he added.