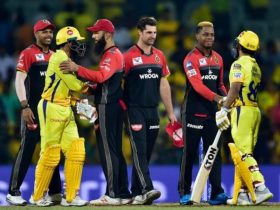 Avesh Khan had a great outing with Delhi Capitals in their opening game against Chennai Super Kings. IPL 2020 runner-up defeated former IPL champions by 7 wickets. Meanwhile, MS Dhoni’s return to professional cricket after 166 days was also not up to the mark. The former Indian cricketer was dismissed by young Avesh Khan on the second delivery. Now, the bowler has come up saying that it was his dream wicket that he is going to remember for all his life.

Chennai Super Kings got to a poor start in IPL 2021. They lost their campaign opener to Delhi Capitals by a margin of seven wickets. It was Shikhar Dhawan and Prithvi Shaw, who took the game away from three-time IPL winners single-handedly. The former amassed 85 runs off 54 balls and 72 runs off 38 balls.

From Chennai Super Kings, Suresh Raina smashed 54 runs off 36 balls and finished as the leading run-scorer. After Chinna Thalla, the fans were expecting a strong performance from MS Dhoni. But, the former player failed in living up to the expectations of the fans. He failed in opening his account in the match and got out on the 2nd delivery of his game to DC pacer Avesh Khan.

In a video, Avesh Khan said that MS Dhoni’s wicket was always a dream for him. He revealed that three years ago, he dropped an easy catch of the former Indian skipper during an IPL game. Since then he had a dream of taking MS Dhoni’s wicket

“Three years ago Mahi bhai’s (MS Dhoni) catch was dropped. Mahi bhai’s wicket is my dream wicket, and now three years later I’ve fulfilled that dream and I’m very happy about it,” Avesh Khan said in a video released by the franchise.

Avesh Khan plays for Madhya Pradesh in domestic cricket. In Syed Mushtaq Ali Trophy 2021, he took 14 wickets in just 5 appearances. This might give him an edge over the senior bowlers in the side like Ishant Sharma and Umesh Yadav.