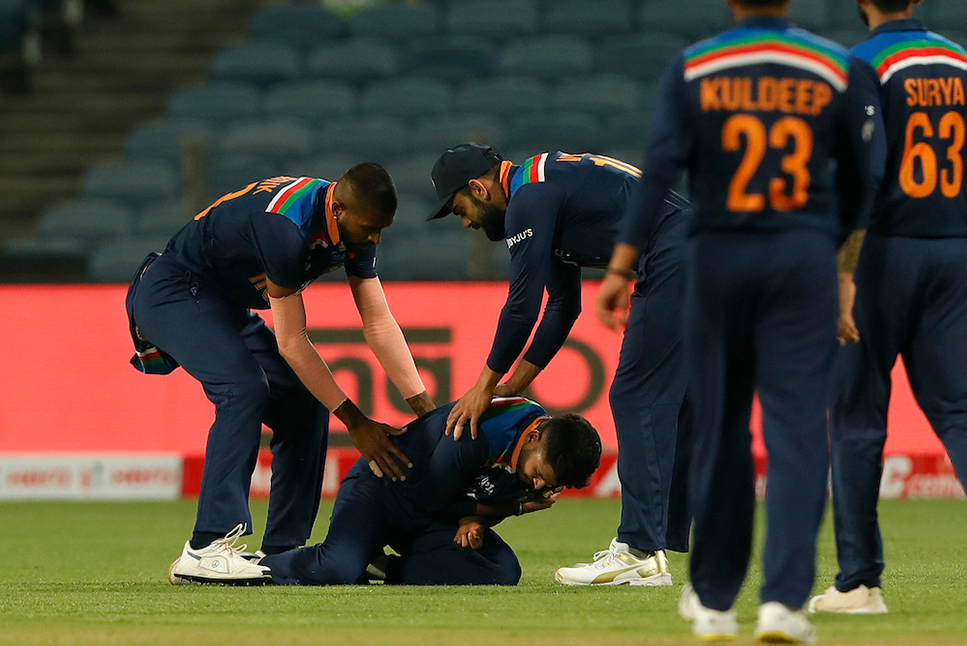 Shreyas Iyer was handed over the leadership of the Delhi-based franchise post-retirement of Gautam Gambhir from all forms of cricket. In his maiden season as skipper, he led Delhi Capitals into the playoffs followed by another good season (IPL 2020) in which DC managed to qualify for the finals.

Now, the previous runners-up have now suffered a big blow in the name of Shreyas Iyer’s unavailability. The latter suffered an injury while fielding in the first ODI against England. Iyer failed in scoring well in the series opener and got out at a low score of 6 runs.

And, while fielding Shreyas Iyer suffered got injured while fielding in an attempt to save runs for Team India. The right-handed batsman played an important role with the bat in the previous edition and finished as the second leading run-scorer after Shikhar Dhawan for DC.

He has always played an integral role in Delhi Capitals batting line-up. But, this year DC will be short of his services. Capitals owner Parth Jindal shared a post through his official Twitter handle in which he wrote, “Absolutely devastated and gutted for our skipper @ShreyasIyer15 – stay strong captain – hope for a very quick recovery. Have full faith that you will come back even stronger from this. India needs you in the T20 World Cup.”

Although BCCI is yet to officially release a statement over Shreyas Iyer injury. But, information coming from DC owner makes it clear that Indian middle-order batsman will be unavailable for IPL 2021.