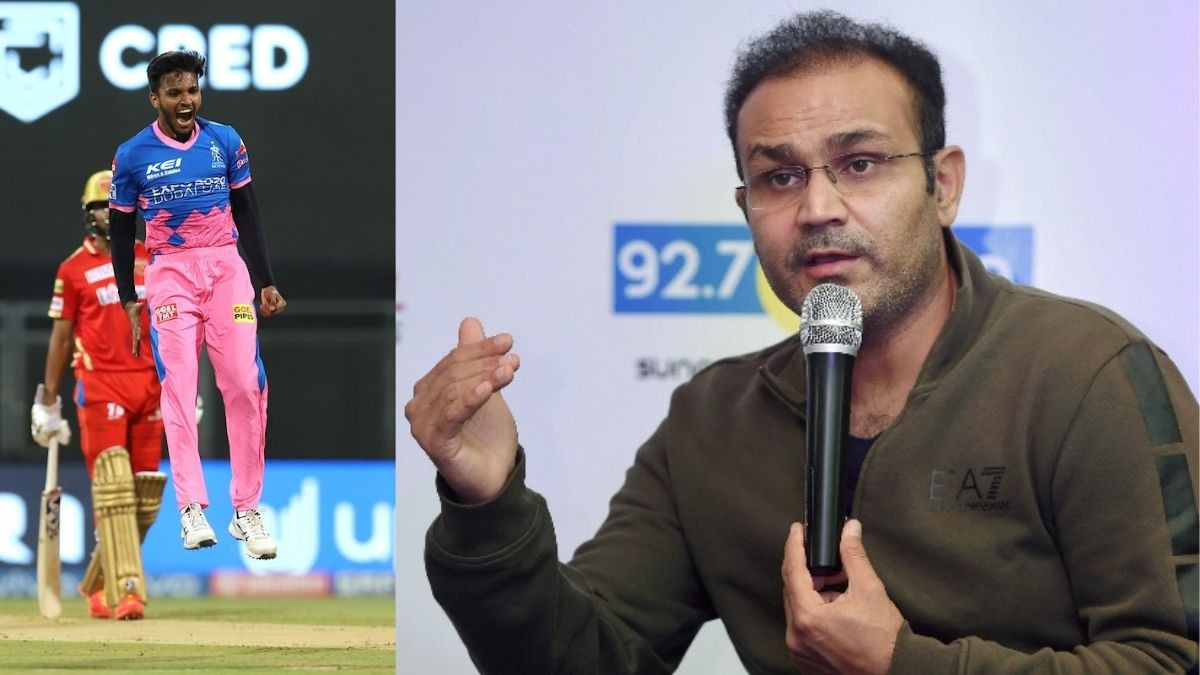 Chetan Sakariya was bought by Rajasthan Royals in IPL 2021 auction at a big price of INR 2 Crores. Many thought that RR might have placed a bet on the wrong player. But that has not been the case. Sakariya impressed everyone with his sincere bowling effort on his debut against PBKS. He took important wickets of KL Rahul, Mayank Agarwal, and Jhye Richardson. Meanwhile, he also grabbed a commendable catch at gully that forced the opposite side’s fielding coach Jonty Rhodes to give applauds.

The social media was filled with posts congratulating the young pacer on having such a great debut in IPL. Later on, Virender Sehwag also joined the bandwagon and said that he had earlier heard Chetan Sakariya’s name. But he had no idea that the youngster is so good and can bowl in such a fashion.

He added that Sakariya looked fearless while bowling in his debut game and was ready to get hit for boundaries. The former Indian opener revealed one of the important advice that former Indian pacer Zaheer Khan and Ashish Nehra used to give to the youngster that a bowler can never learn the art of taking wickets until they get hit for boundary or six

“I’ve heard his name, even saw him bowl in domestic games but didn’t expect that he would bowl so well. You face different batters in the domestic circuit but in IPL, you come across big and renowned batsmen. We got to see his temperament. He was fearless. Zaheer Khan and Ashish Nehra always say that as a bowler, you should never be scared of getting hit for a boundary. Until you won’t get hit, you cannot learn and pick wickets. So, I think, he (Sakariya) exhibited that kind of temperament,” said Sehwag in a chat with Cricbuzz

“He had variations as well. Though there were a few no-balls overall, he bowled very well. The way he got Mayank Agarwal and surprised Chris Gayle with one of his deliveries, he was completely impressive,” concluded Virender Sehwag.