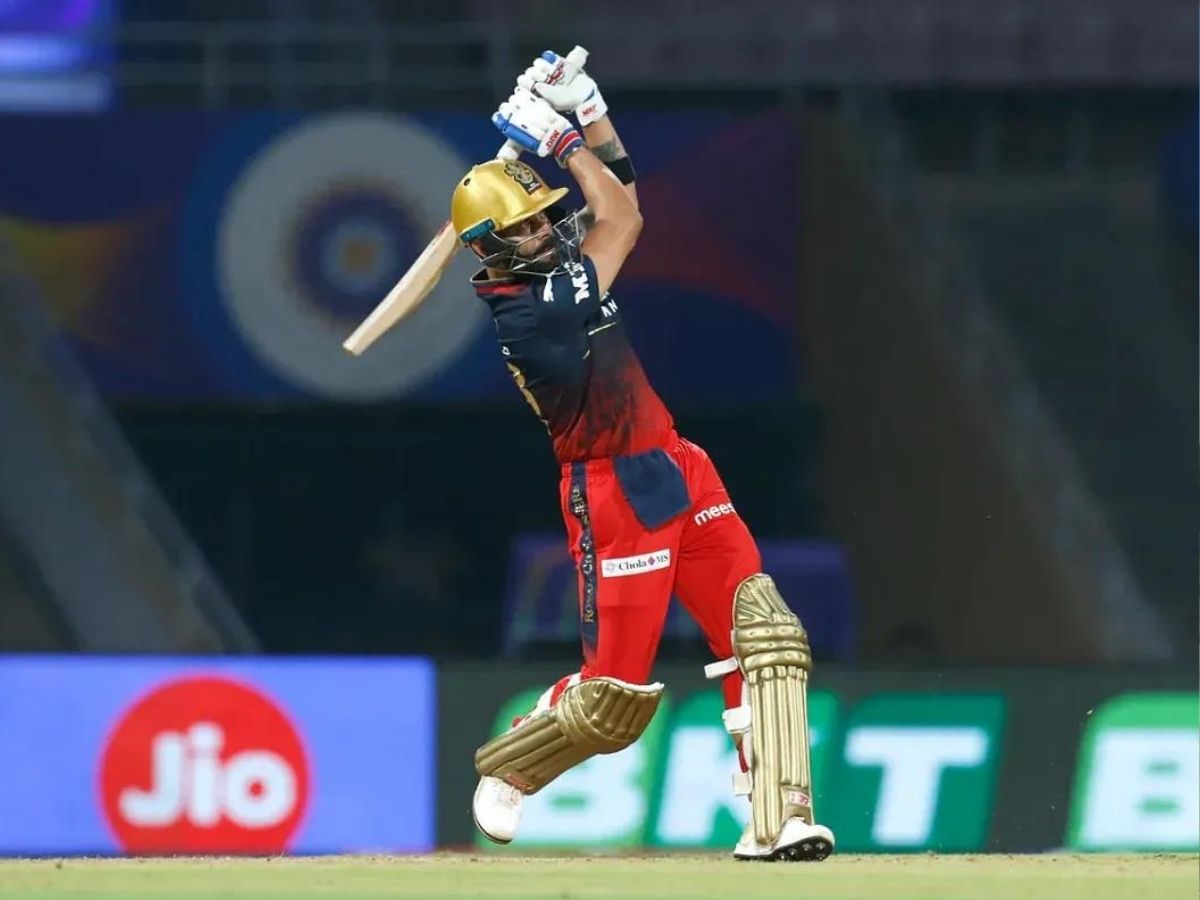 Virat Kohli and Sourav Ganguly’s relationship went through a rough patch in recent times. But, now, it seems both have come upon a point to start a new chapter. On 26th May, during a playoff game between LSG and RCB, BCCI President was spotted praising one boundary smashed by Virat Kohli against Dhusmantha Chameera.

Kohli scored only 25 runs off 24 balls and got dismissed to Avesh Khan in the 9th over of the innings. He hammered a couple of boundaries in his short knock but both fours portrayed Kohli’s class.

Dushmantha Chameera, who had an off day on the field, was asked to bowl the second over of the innings. He bowled an overpitched delivery and Kohli used his wrist beautifully to play it towards mid-on for a boundary.

Meanwhile, the cameramen recorded Sourav Ganguly’s reaction in his camera, who looked really impressed with the former Indian skipper’s stroke. Chameera had poor day with the ball and he gave away 54 runs in his four-over spell against RCB.

Earlier in the tournament, Chameera had dismissed Virat Kohli when LSG came face to face against RCB during the league stage. But, he failed in taking Kohli’s for the second time in the tournament.

Coming to the game, Rajat Patidar emerged Man of the Match for RCB as he smirked his 1st ton in IPL in just 49 balls. He smoked 12 boundaries and 7 sixes with the bat. From LSG, KL Rahul scored 79 runs off 58 balls but failed in winning the game for his team in order to qualify for the Qualifier 2.

Now, RCB is set to lock horns with RR in the Qualifier 2 which is slated to be played at Narendra Modi Stadium in Ahmedabad on 27th February.