Top 5 most memorable partnerships between Dhoni and Raina
0
contactus@kheltalk.com

In this article, we are going to share the top 5 most memorable partnerships between Dhoni and Raina in all Formats of Cricket.

The former skipper and vice-captain of the Indian cricket team have left the cricket fans in shock after the retirement news. Mahendra Singh Dhoni and Suresh Raina declared their retirement on 15th August on Instagram. Raina has not played an international match since the mid-2018. Mahi was last seen in the ICC World Cup 2019. He played the last international match of his career against New Zealand.

Ever since the announcement, fans can’t wait to see Suresh Raina and Mahendra Singh Dhoni in the IPL 2020. They will be playing domestic cricket, but they will not play for the Indian cricket team. Raina and Mahi are two of the best cricketers of all time. They also share a great bond. After all, there must be a reason why they decided to announce their retirement on the same day. The off-the-field connection between Mahi and Raina is one of the reasons why the players have been able to show the best partnership as Indian and domestic cricketers.

We got to see one of the best partnerships growing between Dhoni and Raina in the 2015 ICC world cup. The match was against Zimbabwe. The latter had given a target of 288 runs to India. Brendan Taylor from Zimbabwe scored a century in that match.

India started slowly with 92 runs and 4 wickets in 22.4 overs. If it hadn’t been for Raina and Dhoni, the team would have to bear an embarrassing loss. Both players took their time to set. In the last overs, Dhoni and Raina beat the Zimbabwe bowling attacks.

Players got to witness some of the best big knocks. Suresh Raina scored his first century in the tournament and Dhoni remained not out for 85 runs. India won the match by 6 wickets.

While Mahi played many Tests for the Indian cricket team, Suresh Raina did not get the same opportunity. The latter made his Test debut in 2010. Raina played his last longest format of cricket in 2015 against Kangaroos. Despite getting only a few opportunities, Raina and Dhoni showed us an amazing partnership in Tests.

The players got a chance to bat together in the last match of Test against West Indies in 2011. Both Dhoni and Raina scored half-centuries in the first innings. The players walked to the pitch when India was at 172/5. They contributed 103 runs together to the total score. India won 3 Test series against West Indies.

Another remarkable partnership was seen between the two experienced Indian players. England gave a 227 runs target to India. Thanks to Andrew Strauss’s wonderful performance. He scored 61 runs and put 226 runs on the run board. As much as easy it seemed to chase 227 runs, the team ended up with 5 wickets, and 92 runs in 24 overs.

All pressure was on Raina and Dhoni since they were the only batsmen left. But, the players did quite well. Raina scored 81 runs and Dhoni supported him with 38 runs off 55 balls. The former player hit one six and eight fours in the innings. Dhoni allowed Raina to face the English bowling attack. Andrew Flintoff took Mahi’s wicket. However, the players had already done the damage by that time. They scored 118 runs. India won that match against England.

Many interesting partnerships have been formed between Raina and Dhoni. However, their first partnership was seen in 2005 against Sri Lanka. Mahi made his debut in 2004, while Suresh Raina played his first match in 2005.

Raina started his ODI career with an amazing partnership with MS Dhoni. Both players managed to add 82 runs to the run board. India played the first innings and put 261 runs on the board. Thanks to this excellent partnership and the half-century of Rahul Dravid. It was quite clear that Sri Lankan bowlers had contained the Indian batsmen. The team was at 180/6.

Mahendra Singh Dhoni and Suresh Raina were sent in the last overs. The former vice-captain scored 39 runs off 30 balls, while Dhoni amassed 45 runs.

Last but not least, Suresh Raina and Mahi have had a great partnership in the IPL 2009. Both players played for Chennai Super Kings and scored 71 runs against Rajasthan Royals. RR had sent Parthiv Patel and Hayden back to the pavilion in the first few overs.

Raina was sent sooner on the ground, but he couldn’t form a partnership with Jacob Oram and Badrinath. Both wickets fell at a score of 88 runs. It was Mahi and Raina who took the total to 159 runs. 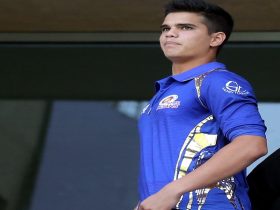