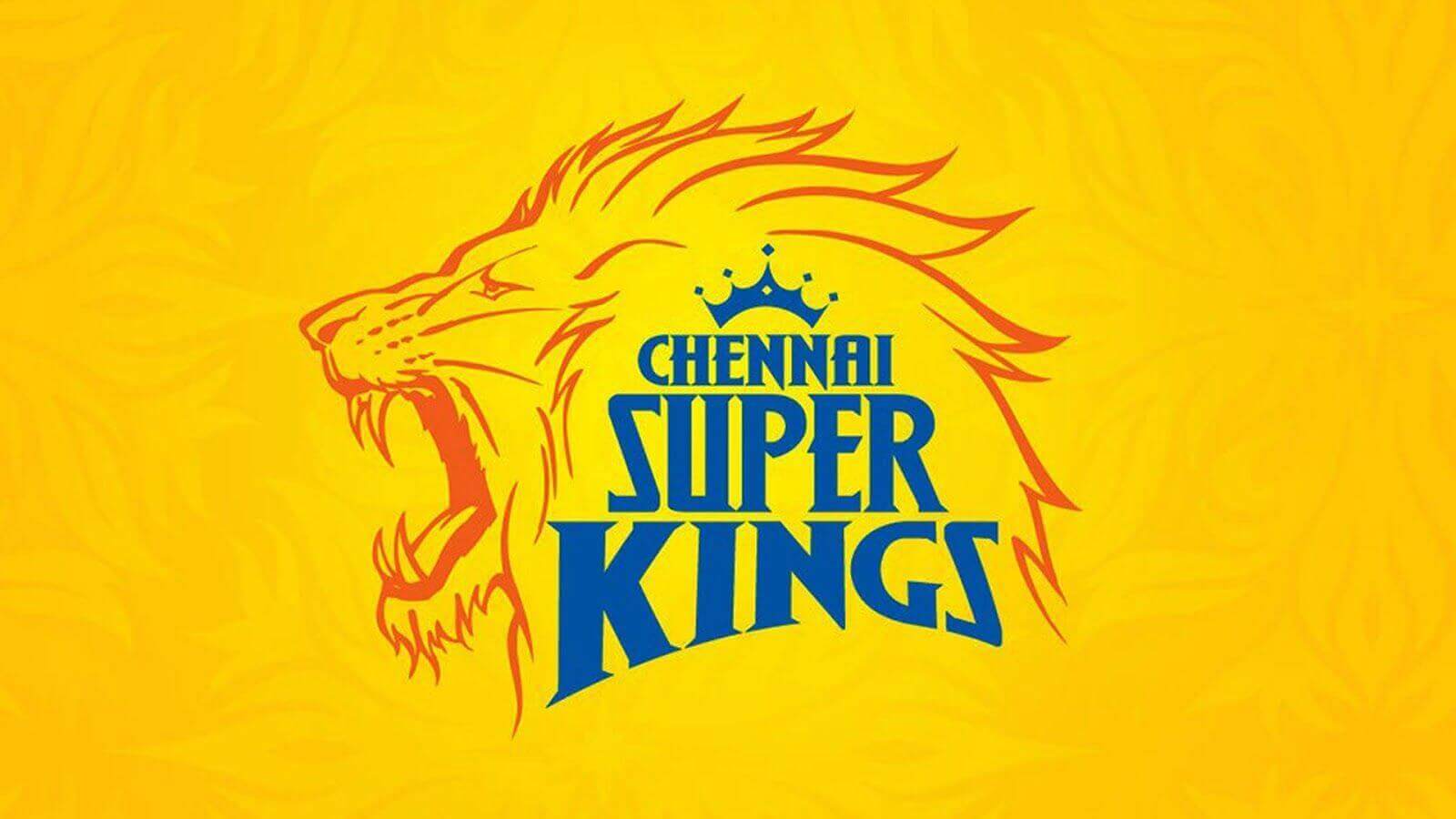 The Chennai Super Kings (CSK) is a franchise-based Team representing the southern city of Chennai in the prestigious Indian Premier League (IPL) Tournament.

The Team was founded in 2008 with its home ground at the M.A. Chidambaram Stadium (also known as Chepauk) in Chennai, Tamil Nadu.

The Chennai Super Kings had to face a 2-year ban from the IPL beginning July 2015. The suspension was served to the franchise owing to their owners’ alleged involvement in the infamous 2013 IPL betting case. It led CSK not featuring in the IPL during the 2016-2017 seasons. However, the team made an amazing comeback in 2018 and went on to win the Trophy.

The Chennai Super Kings is among the most successful IPL Teams with Mahendra Singh Dhoni as the Captain and Stephen Fleming as the Head Coach.

The Chennai Super Kings have the distinction of playing the most Play-Offs (10) and making it to the Final of the IPL (8). They are also the Team that has always qualified for the Play Offstage in each season of the IPL has featured so far. They have also pocked Champions League Twenty20 (no more a Tournament) in 2010 and 2014.

Chennai Super Kings’ brand value is estimated at around Rs.732 crores ($104 million), labeling them as the 2nd most valuable IPL Teams as of 2019, after Mumbai Indians.

The announcement for the starting of the Indian Premier League (IPL), a twenty20 Tournament was announced by the Board of Control for Cricket in India (BCCI) in September 2007. In January 2008, the Apex Indian Cricket body revealed the owners of all 8 city-based franchise Teams.

India Cements at $91 million was awarded the ownership of CSK. This made the Chennai Super Kings the 4th most expensive Team in the IPL after Mumbai, Bangalore and Hyderabad.

The rights of the franchise were acquired by India Cements for 10 years. Being the Vice-Chairman and Managing Director of India Cements, the former ICC Chairman, N. Srinivasan was the owner of CSK.

The Chennai Super Kings Ltd was incepted to transfer the franchise to a separate entity after the striking down of the BCCI’s controversial 6:2:4 clauses by the Supreme Court. The provision permitted Board officials to own commercial interest in the IPL and Champions League T20.

The home ground of the Chennai Super Kings is the iconic M.A. Chidambaram Stadium (a.k.a Chepauk) in Chennai city.

The Stadium is named after former President of the BCCI, M.A. Chidambaram. The Stadium is in continuous use despite being the oldest in the country.

With a seating capacity of 50,000, the Tamil Nadu Cricket Association (TNCA) owns and maintains the premises.

During the staging of ICC Cricket World Cup 2011, it went through renovations to meet some vital benchmarks of hosting the event. As a result, its capacity was reduced from 50,000 to 36,000.

The home Team here has a win percentage of 67.44%, and the ground is often known as ‘Lions Den’ and ‘Fortress Chepauk’. The 2011 season saw CSK winning all 8 matches being played here, including the final against the Royal Challengers Bangalore (CSK).

CSK became the first Team to win all home games in a season and even the first franchise to have won the Trophy at home.

In 2014, the Chennai Super Kings had to play all their games at Ranchi (home town of Mahendra Singh Dhoni) owing to issues with Government of Tamil Nadu.

In 2018, CSK was able to play only one game here due to protests being staged outside the ground and other parts of the city. Groups were demanding IPL being moved until the Cauvery Management Board was established by the Supreme Court. The remaining matches of CSK were moved to Maharashtra Cricket Association Stadium in Pune.

CSK was given its name, the Chennai Super Kings to honour the Tamil Empire’s rulers. Super is a word that is commonly used in Tamil Nadu and other southern states. The name of the Team was also derived from the brand of India Cements, the Coromandel King.

The logo of CSK has a roaring lion head in orange with the name of the Team written in blue. The crown is the same as that in the Coromandel King brand. The logo signifies, all in all, youth, fiery spirit, vibrancy and incredible performance direction.

Muthoot Group is CSK’s main sponsor, whose logo is there on the jersey, along with the lion. Reebok had been the kit sponsor until 2014. From 2015 onwards, Spartan, the Australian sports and apparel manufacturer has been doing that.

The song’s video depicts Dappangutthu, the street dance style, a famous one among many communities in the Indian state of Tamil Nadu. You should know that it is also a music and folk dance variety that is actively used in Tamil Cinema.

During the season of IPL in March-May every year, you may see the commercial of CSK with ‘Whistle Podu’ playing out during Ad breaks in their matches on your TVs.

The Chennai Super Kings has an astronomical fan following, and they refer themselves as the ‘Yellow Army’. Named as ‘Whistle Podu Army’, the Team also has an Official Fan Club, and it was created in 2016 after Team’s suspension for 2 years.

The reports of some 10,000 fans gathering in the Stadium to watch practice sessions in 2018 and 2019 have also been doing the rounds.

The home matches moved to Pune in 2018 due to protests in Chennai. The management of the Super Kings managed a Charter Chennai-Pune Train, along with free accommodation for 1000+ die-hard fans of CSK.

CSK are a very popular Franchise, they have over 22 Million followers across all social media platforms combined.

Hotstar made a documentary on Chennai Super Kings called Roar of the Lion.

The Chennai Super Kings have rivalries with Royal Challengers Bangalore and Mumbai Indians. MI and CSK have played against each other the most number of times than any other franchises in IPL. They are known as the big spenders during the IPL auction and are also the most successful of the IPL Teams since 2008.

They have featured against each other 4 times during the IPL Final. Mumbai has won the Final against Chennai 3 times, and CSK has won just once. These two Teams are often considered as the IPL’s ‘EI Clasico.’

The Chennai Super Kings are also engaged with Royal Challengers Bangalore, and their rivalry source is the Cauvery River Water Dispute.

Their rivalries are known as ‘South Indian Derby’ and ‘Kaveri Derby’. CSK has been able to tame RCB in its den in the Final of the 2011 edition of the IPL – the only time they both met in an IPL Final.

Brand Finance adjudged Chennai Super Kings as the most valuable brand by the end of IPL 2018 with a brand value of $65 million.

Brand Finance, the UK-based entity, was sanctioned the project by Economic Times to carry out IPL brand evaluation, along with each of the 8 Teams.

The tag of ‘Most Valuable Team’ was won by Chennai Super Kings in 2010-11 during the IPL seasons. The franchise was estimated to command a brand value of $100 million (approx Rs.2.24 billion).

In February 2013, Brand Finance, the London origin company also evaluated the 150 most valuable teams in the world.

In this prestigious list, the Chennai Super Kings was given the 147th position with a brand value of $46 million, just behind another successful Team, Mumbai Indians.

Here is the list of players that we retained by CSK as well as players bought in the 2020 IPL Auction.