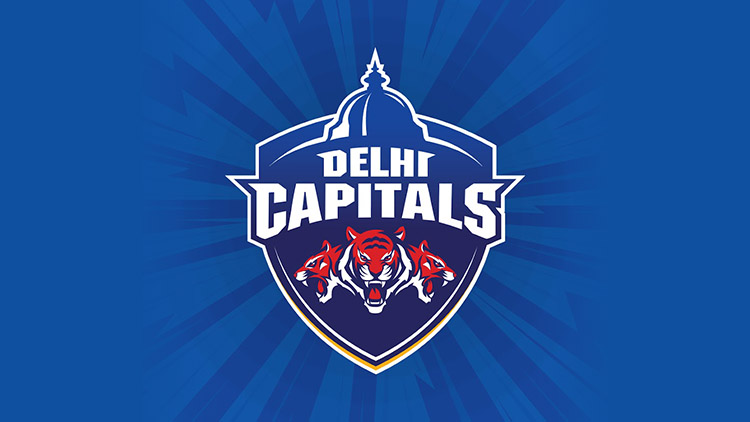 The Delhi Capitals (often known as DC) are a Twenty20 franchise-based Cricket Team that plays in the profitable Indian Premier League (IPL). As the name suggests, it represents the Capital city of India, New Delhi in the IPL. The squad was formed in 2008 as Delhi Daredevils (DD).

The Team is a joint partnership of JSW Group and GMR Group. The home ground of the Delhi Capitals is the Arun Jaitley Stadium (earlier known as the Feroz Shah Kotla) located in the heart of the New Delhi city.

The Delhi Capitals are the only existing Team playing in the Indian Premier League that has never appeared in an IPL Final even since their inception in 2008. They qualified for the Play-Offs for the first time in 2019 in 7 years. Virender Sehwag is the higher run scorer for the DC, while Amit Mishra is the leading wicket taker.

The Board of Control for Cricket in India (BCCI) organizes the Twenty20 Tournament known as the Indian Premier League (IPL) and is a yearly summer extravaganza.

The IPL has got the support of even the World Cricket Governing Body, the International Cricket Council (ICC).

IPL saw its first season being played in the year of 2008 in April-June. For the same, the BCCI finalized 8 Teams that would play in the League and would feature the most important cities in India. Delhi was one of them.

The Teams had to undergo Auction in Mumbai on 20 February 2008. The Delhi Team of the IPL was brought by GMR Group, a property development company for $84 million.

The Delhi Capitals play its home matches at the Arun Jaitley Stadium in New Delhi. The stadium was earlier known as the Feroz Shah Stadium. The recently open Shaheed Veer Narayan Singh International Stadium in Raipur is their second home.

The ambassador of the Delhi Capitals was Akshay Kumar, the Bollywood Superstar during the season of 2008. He gave up it in 2009, owing to his busy schedule. But that did not stop Khiladi Kumar from appearing in few of the DC’s games thereon.

Kailash Kher, the Bollywood singer, was the voice behind the Anthem of the Team – Khel Front Foot Pe. The Franchise Team of the IPL also saw a new anthem being launched ‘MundayDilliKe’ on YouTube on 5 March 2012.

‘DhuandaarDelhi’, a new 2016 anthem was launched on YouTube, which was crooned by Sukhwinder Singh. They even released another theme song, which was titled ‘DilDilliDhadkega.’ With the change in the name of the franchise from Delhi Daredevils to Delhi Capitals, even the theme song for 2019 was changed to ‘RoarMachaa.’.

Here is the DC 2020 IPL Team, it includes every player bought and retained during 2020 IPL Auction–

The 13th season of the IPL will see Delhi Capitals emerging as the Team to beat. The Indian Capital side has had an incredible IPL Auction on December 19 in Kolkata. Even before that, they made some smart readjustments into the IPL Trade Window. Thus, if you look at the squad of DC, it looks to have everything that you need in a T20 Team. The balance of the Team across the departments is quite efficient.

The key pick for the Delhi Capitals was the buying of the Shimron Hetmyer. The West Indies southpaw, who recently smashed a sizzling century against India in the ODI Series, was picked for an astronomical Rs.7.5 crore. He is being believed to be a key factor to provide the lift to the Delhi Capitals Team.

The side also managed to grab 2 England players in the form of Chris Woakes and Jason Roy. Both these are runners and were brought for their base prices of Rs.1.5 crore. Roy is a fantastic opener who could add another perspective to the batting upfront. On the other hand, Woakes could be a replacement for Teen Boult. He is an important addition when it comes to bowling during the power play and at the death.

Marcus Stoinis, another all-rounder, was also signed up to provide the Team with more depth. Alex Carey also came in a wicket-keeper batsman. Delhi Capitals also had a strong set of Indian players. Also, the addition of overseas recruits provides the Team with extra energy. Lalit Yadav, Mohit Sharma and Tushar Deshpande came to fill in the Team.

Delhi Capitals in IPL 2020 is looking to have a sound batting department, and the players are a right blend of experience and youth. Prithvi Shaw and Shikhar Dhawan are the ideal bats to open the innings. Shaw, in particular, has an edge to give DC a solid start with its aggressive nature of batting. On the other hand, Dhawan is a natural stroke player who can play his game naturally or be like an anchorman.

Ajinkya Rahane, another player who has been a key performer for the Rajasthan Royals in IPL, can also add dynamism at the number 3 position. The Captain of the Delhi Capitals, an Indian player, has been in a consistent form in the ODI Cricket. But he will need to convert the same into T20 Cricket. With Hetmyer hanging in, they can play in tandem and bring much needed runs. Rishabh Pant is another valuable player who needs to be a bit consistent to become the force and employ the form that he has.

Jason Roy is the perfect player to take in charge if someone gets injured or having a difficult time ahead. Alex Carey also adds that cushion. Chris Woakes can also be number 7. Stoinis could be relied upon as his replacement. Talking about the batting force that the Delhi Capitals are, they may be a hard bating force that has enough power to fire on its day.

But the issue that the Delhi Capitals may have is that they may be spoiled for choices and that is luxury in their journey to 1st IPL title.

Kagiso Rabada is their main man that Shreyas Iyer is going to go and he had expresses last season on how he can make conditions in the favor. He may shoulder the accountability for his Team in 2020 in the pace department. Another name to count is Ishant Sharma who has had an impressive IPL comeback in the last IPL, and can provide Rabada with able support.

Chris Woakes is another genuine pacer who has got speed and can provide them with the lift when needed, and he even oozes of having experience. These 3 pacers will be the pace battery that the DC can rely on. The services of Mohit Sharma can also be an added bonus. Harshal Patel in the mix can provide the needed extra bit.

Ravichandran Ashwin is another smart Trade-in for the Delhi Capitals in IPL 2020. He should be looking to lead the spin attack in the season. He has years of experience, and with Amit Mishra, he can be a big asset. Amit Mishra has been a veteran of the game, and we are all aware of what he brings to the table. Axar Patel is a left-arm spinner, which can be relied upon not to give many runs. Sandeep Lamichhane of Nepal has grown in ranks over the years. He is a celebrated T20 player who makes the spin contingent tidy and classy being at the same time.

What about the weaknesses of Delhi Capitals?

DC does not have any issues in batting. But if Rabada is out of action due to injury, then the squad will lose a lot of steam. In that case, Woakes will be the man to steer the Team on. On the other hand, the Indian pace bowling option, if you exclude Ishant Sharma, looks a bit low in quality.

The batting department looks rock solid, and with such stroke makers and firepower, you may see the Delhi Capitals making a mockery of the opposition’s batting. As a result, you may see big totals being scored by DC.

If Hetmyer, along with Dhawan, Pant and Rahane can click for Delhi Capitals, then the sky can be the limit for the side to explore in this year’s IPL.

Overall, Delhi Capitals has got the required spunk to be a side that can be limitless and become a force to give other Teams in the IPL 2020 a run for their money! Over to the Delhi Capitals to deliver the goods, then!