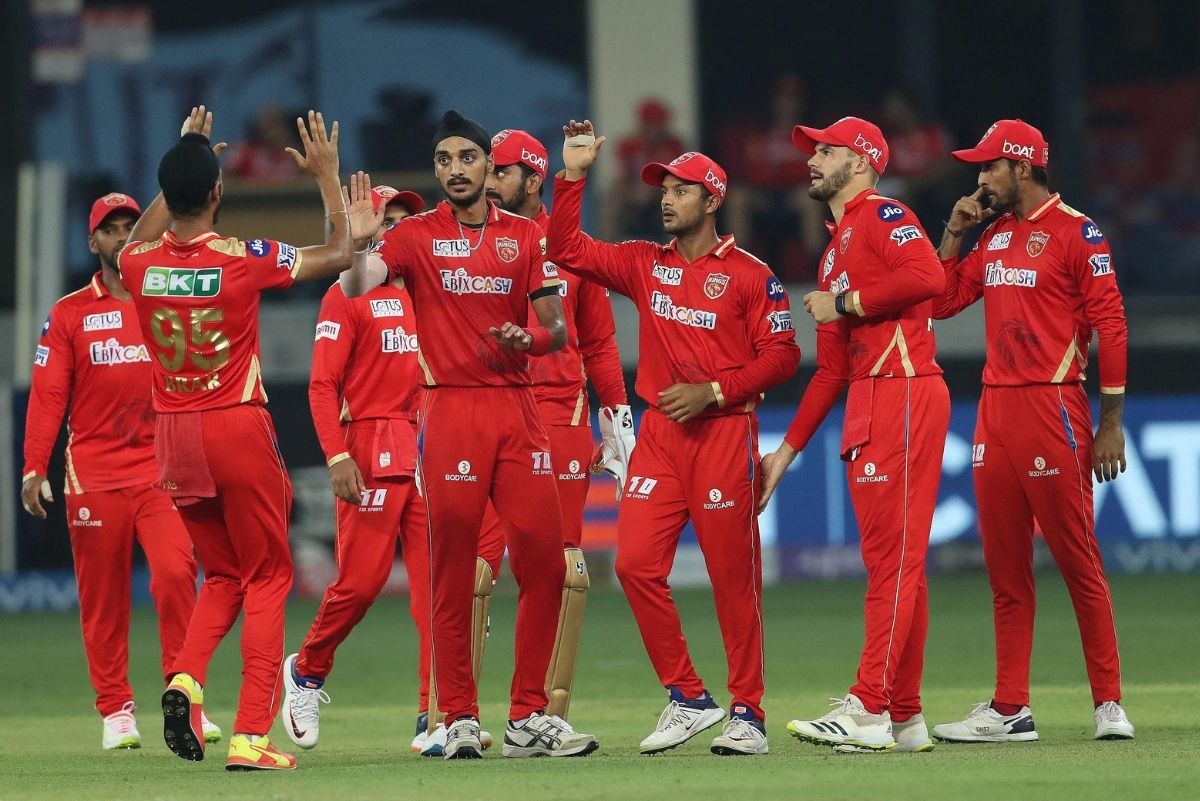 Considered as the underachievers of the Indian Premier League, IPL 2022: Punjab Kings (PBKS) Strongest Predicted Playing 11 has managed to reach the playoffs just 2 times (In 2008 and 2014). Despite some terrific performances they have failed to lift the IPL title. They won 6 league matches and settled at the 6th spot on the points table last year.

This year they would be looking for some improvement after revamping their squad. Also their former skipper, KL Rahul found his way into the Lucknow Super Giants and they also failed to retain Ravi Bishnoi in the auction. However, their star opener, Mayank Agarwal remains intact alongside speedster Arshdeep Singh.

Going into the mega auction this year they had the highest purse and accordingly they acquired the likes of  Kagiso Rabada, Shikhar Dhawan, Liam Livingstone, Odean Smith, Shahrukh Khan, Jonny Bairstow, and many more star players. So with all the firepower at their disposal let’s have a look at the strongest predicted playing 11 for IPL 2022.

After losing KL Rahul to LSG, Mayank Agrawal has got a new opening partner as Shikhar Dhawan. Dhawan was influential in the past two years, having smashed more than 1000 runs for his former franchise. Since 2019 he has not amassed less than 500 runs in every edition and has given a platform to Delhi Capitals on many instances.

Complimenting him would be the newly appointed skipper of Punjab who has experience of 100 IPL matches under his belt. Both form a dynamic duo of the left-hand and right-hand combination that could trouble the bowlers.

Coming to the middle order, PBKS boasts a strong one with star-studded heavy hitters. Jonny Bairstow will play at his natural position of No. 3. Bairstow has also been in excellent form in the past few years while playing for Sunrisers.

Liam Livingstone is the prime choice for any team given the current form he is in the shorter format. He will probably hold the No. 4 position and will add a lot of firepower to the team. Even though, Shahrukh Khan didn’t get many opportunities last year his potential of keeping the side afloat cannot be neglected.

Odean Smith and Harpreet Brar are good options for pace-friendly pitches and will also help the team get the desired depth in the batting line-up. Odean Smith has already done enough with the bat and ball to be considered a valuable asset. Meanwhile, Harpreet Brar could also be swapped with Raj Bawa in case the team needs more focus on batting or some fresh blood in the squad.

Even though, PBKS have some limited but potent options available down their ranks. Kagiso Rabada would lead the pace attack supported by Arshdeep Singh. The 23-year-old has performed exceptionally well in the past editions bagging 30 wickets in 23 matches.

Drafted from SRH, Sandeep Sharma will play his 100th IPL match for the PBKS. The veteran already has 100+ wickets under his belt and will complement the pace attack of PBKS. Meanwhile, Rahul Chahar has served 2 years with Mumbai Indians. But having been out of contention of the Indian team, the leggie would be looking to make a comeback through his effective bowling in IPL.