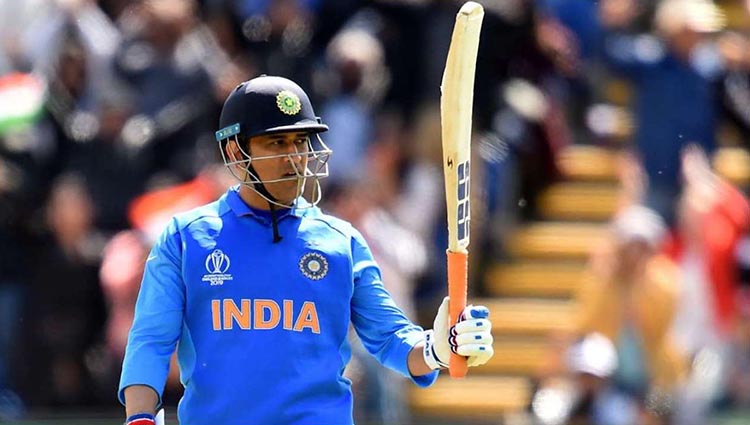 Mahender Singh Dhoni, the name needs no introduction. Former Indian Captain MS Dhoni was also the best finisher across the globe. He has had a history of turning the tables with his explosive batting. However big the target was, MS Dhoni dared to chase it. His batting style was truly a masterpiece.

Commonly known as Captain-Cool, Dhoni had led the team to victory in myriad neck-to-neck competitions. His cricket acumen and focussed approach led India to the victory of the World Cup after 28 years. Despite such marvel, results sometimes didn’t go as Dhoni estimated.

On some occasions, Dhoni’s acumen fell short in IPL matches as well as in the white ball game. At times, his clever batting style couldn’t conquer the field. Sometimes, a successful inning from Dhoni comes up short for the success of the team. He has seen his multiple centuries go down the drain.

5 great innings by MS Dhoni that failed the cause for the team.

The year 2018 saw some great strikes from the bat of MS Dhoni. One such splendid inning was in the second T20I match against South Africa. Fans had a great time witnessing two great players sweeping the bowlers of SA. Manish Pandey, a promising youngster hit 79 runs off 48 balls. A quick fifty came out of the bat of MS Dhoni. With Dhoni’s 52 runs off just 28 balls, India smashed 188 runs on the scoreboard.

With 4 fours and 3 sixes, Dhoni thrashed almost every ball bowled by Dane Paterson or Chris Morris. The target was surely an uphill task for South African batsmen. Yuzvender Chahal’s and Jaydev Unadkat’s spell however proved to be a blessing in disguise for the opponent. Following the silver lining and smashing the balls out of the boundary, South Africa registered a 6 wicket victory in the 19th over.

The loss loomed larger for Dhoni as it was his second fifty in T20Is. After struggling a lot with the bat in multiple T20 matches, dhoni finally reached the second half-century in about 98 matches. This was surely something that saddens all Mahi fans.

While the whole team was struggling against Aussies, Dhoni’s entry at number 6 gave some hopes to the fans. The team was in a debilitating situation when Dhoni took the charge. His amazing partnership with Virat Kohli and Ravichandran Ashwin set a score of 303 in 50 overs.

With a dozen boundaries and 5 maximums, Dhoni remained unbeaten at 139 off 121 balls. His inning certainly strengthened the team’s grip on the competition. Despite Dhoni’s astonishing performance, the team could not change fate. James Faulkner’s incredible performance stole the show and also snatched the victory for the tourists.

Starting at number 8, James Faulkner’s 64 off just 29 balls left Indian bowlers helpless. With 2 boundaries and 6 sixers, he completely demolished Indian bowling. With this win, kangaroos gained the lead in the series by 2-1 against India.

However, Aussies couldn’t change the fate of the series. Rohit Sharma’s 491 runs in 5 matches led India to the victory podium.

The most successful captain of the IPL had to face a saddening defeat against KXIP. After a wait of 2 years, CSK played the 2018 edition of IPL. The team led by Mahi had great hopes from the season. As expected, men in yellow turned the fortune in their favor by winning their 3rd IPL title.

One of the many great innings by MS Dhoni was against KXIP where he smashed 79 unbeaten in just 44 balls. The team was chasing a target as high as 198 runs. Despite such great show, CSK fell 4 runs short of the target.

Chris Gayle for KXIP smashed 63 runs off just 33 balls. Chasing the target, CSK was on the backfoot till the last quarter. Dhoni showed his true colors when 67 runs were required off just 24 balls. Dhoni almost pulled the heist with his bat. The deciding over demanded 17 runs.

Dhoni somehow managed a six and a boundary. But Mohit Sharma’s sharp yorkers didn’t let Mahi turn it into a victory.

On Pakistan’s visit to India in 2012, India faced a loss against the rivals. The series remained the last bilateral series between India and Pakistan. The series also became special because of Dhoni’s splendid inning.

Indian team, being at a precarious position, needed the support of the skipper. India lost 5 wickets at just 29 runs. Dhoni handheld the team and led India to a respectable mark of 227 runs. The match though turned into the favor of Pakistan. With Nasir Jamshed’s ton, Pakistan registered a victory in the 49th over.

With the help of 7 boundaries and 3 maximum, Dhoni scored 113 runs. His inning surely brought team India back in the game. He was also awarded the “Man of the Match” title. The series ended at 2-1 in the favor of Pakistan.

The best finisher across the globe couldn’t finish this match into his favor. CSK faced RCB in the 39th match of the 2019 edition of IPL. Marvelous spell by Dale Steyn cracked the precious wickets of Shane Watson and Suresh Raina.

The defending champions were in tatters at 28/4 when Dhoni came to the crease. With minimal support from the other end, Dhoni almost turned the tables. With the help of fiery inning by Dhoni, CSK was left to chase 26 runs in the last over. The fate of the match was almost decided but Dhoni was not ready to accept it. Though the match resulted in the loss of CSK, the last over struggle stayed in the hearts of fans.

Dhoni smashed 4, 6, 6, 2, 6 off first five deliveries. Umesh Yadav was about to witness a miracle. Last-minute tips from the captain helped Umesh Yadav to not spend 2 runs off the last bowl. With this, MS Dhoni’s career-best performance 84* off 48 Balls went in vain with the victory of RCB.