9 Cricket Web Series to binge on during the lockdown 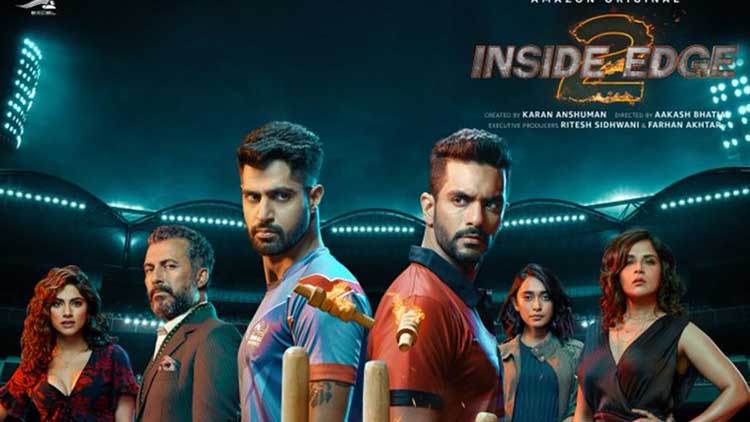 Owing to the outbreak of the Coronavirus (COVID-19) Pandemic in India and across the world, all Cricket activity is on hold. But if you are missing the cricket action already, then you don’t need to worry. We are here to present you with 9 leading Cricket Web Series that you can binge on during this lockdown period. Take a look at our selection of cricket-based web series that we entertain you during this difficult and boring quarantine time.

You can watch your favorite Cricketers getting real over breakfast with Gaurav Kapoor. The show “Breakfast with Champions” is an absolute treat for Cricket fans as you can watch players sharing dressing room stories and much more. It is among the most loved cricket web series on Youtube.

When it comes to presenting Cricket in an interesting way, Gaurav Kapoor is among the best hosts. He has been the face of the IPL over a decade. After a change in the hands of IPL broadcasters, he has started his own web series ‘Breakfast with Champions’. In the show, he interviews Cricketers. Those who have followed him closely are aware that he has his own style of taking interviews. During the 6 seasons done so far, he has interviewed almost all top male and female Cricketers. Each episode of the show has the power to crack you up and leave a smile on your face. If you want to know the other side of your favorite Cricketers, then it is the show that you need to catch. The seasons of the ‘Breakfast with Champions’ show are available on YouTube & this series is among the best web series related to cricket. All that you need to do is subscribing to the channel and enjoy the show.

2 – Cricket Diaries: Men of the Match

Cricket Diaries: Men of the Match is a YouTube Originals Series which is based on Cricket – a show that lets you revisit the most vital matches that the Indian Cricket has seen. You can checkout Cricketers who were once a part of those matches. You can also see them sharing changing room strategies, discussions, and much more. This series “Cricket Diaries: Men of the Match” is hosted by Aparshakti Khurana, one of India’s most loved Bollywood actors.

It is a documentary-based series that follows the battle of the Mumbai Indians (MI) in the IPL 2018 season. Mumbai is arguably the best IPL Teams ever, as it has won the IPL 4 times and what a great way to relive IPL than knowing MI’s stories behind 2018’s triumph. The shows showcase the highs and lows and know what goes into the think tank behind the scenes. This series is a treat for all Mumbai Indian Fans

Inside Edge talks about the inside out of the T20, the debasement, Cricket match-fixing and Governmental issues. The series revolves around match-fixing & how it has been in the game for so many years. From how players get approached and how professionally they do match-fixing and much more, you can know much more. It got a rating of 8.2 on IMDb and may make you think that almost every game that you invest your time into is fixed. The Series is so good that you may not again want to watch International Cricket. But the good part is that the show culminates with the victory of good over evils. Actors like Vivek Oberoi and Angad Bedi have played their parts brilliantly with able support from the supporting cast. The Series is so gripping that you may finish the entire Series in one-go only. This series is among the most talked-about cricket web series in India.

Naseeruddin Shah, the veteran actor of Bollywood, examines some untold yet stories of Cricket that may leave you fascinated – from the Indian Cricket records. The show features a lot of records of individuals and stories of celebrated Cricketers that have graced the Indian Cricket over the years. It is a very entertaining web series based on cricket

It is a Documentary Series on CSK’s sensational comeback to the Indian Premier League in 2018 after a 2-year sabbatical following a ban. You can watch Mahendra Singh Dhoni, the commander of the CSK and Chennai’s most favorite son opening about this whole matter & share how it was the darkest phase in his career. This Series is a must-watch for all Chennai Super Kings Fans.

The Series is based on Selection Day, the novel of Arvind Adiga. It presents the saga of two siblings, and juvenile Cricket wonders moving from their small town to Mumbai. They do that to pursue their passions. It’s a captivating tale of struggles that they had to face from outside and within the world.

8 – The Test: A New Era for Australia’s Team

In March 2018, the Australian Cricket got the jolt of their lives as three of their players were involved in the infamous Sandpaper episode, tarnishing their image. The Series features an 8 season narrative that leads to their long revival of the group tackling media judgment and fans across the globe.

Vikram Sathaye is the Number 2 after Gaurav Kapoor when it comes to presenting sport, and he is also known best for indulging in mimicry of Cricketers. He had been involved with many Tours with Team India being a presenter!

He began with What the Duck with the mobile app launching of Viu. Cricketers and Vikram share such a bond that they don’t hesitate to tell him about dressing room secrets. He has interviewed almost all Cricketers on the Sourav Ganguly era on the show. The stories have been drafted into 3 seasons and available on YouTube and Viu.

What are you still waiting for? If you are missing the Cricketing action on the field due to the COVID-19 lockdown, then you can distress with any of the listed top Cricket Series!