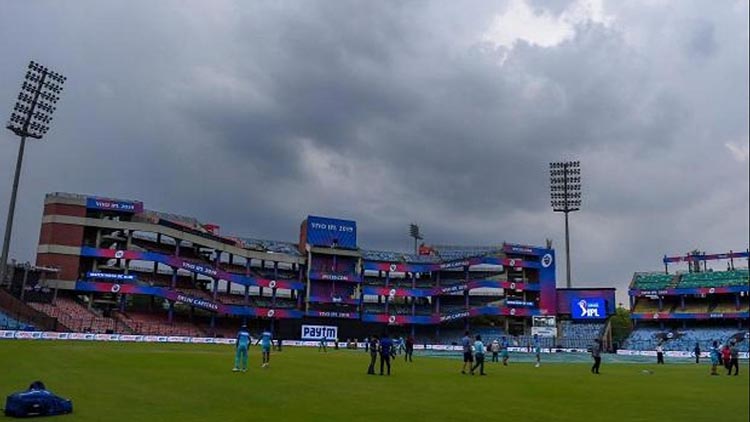 The stadium came into inception in 1883 and was called Feroz Shah Kotla as it was in the proximity of the Kotla Fort. This stadium happens to be 2nd oldest International Cricket stadium in India. The iconic Eden Gardens in Kolkata grabs the 1st rank of being the oldest in the country.

The Arun Jaitley Stadium is maintained by the Delhi District Cricket Association (DDCA). DDCA, as a part of felicitation, renamed 4 stands of the popular ground after legendary Cricketers from Delhi.

The Arun Jaitley Stadium has been extremely lucky for the Indian Cricket Team. The Team has not been beaten for the last 28 years in Test Cricket as of 2016. What’s more, Team India also has not been defeated in the ODI format for the last 10 years.

The ground has seen so many records being made here. And one of the most significant ones was the 29th Test century of Sunil Gavaskar. He did that to match the then-record of Don Bradman who also had 29 tons in Test Cricket. Anil Kumble found the pitch of Kotla so favorable that he ended up picking all 10 wickets in a Test innings against Pakistan. Even ‘Little Master’ Sachin Tendulkar scored his 35th Century here & surpassed Sunil Gavaskar’s record to become the batsman with maximum Test tons.

The Delhi District Cricket Association announced that the Feroz Shah Kotla Ground is going to be renamed as Arun Jaitley Stadium. The announcement came on 27 August 2019. And the change was made to honor the late DDCA President and Finance Minister Arun Jaitley. Arun Jaitley is credited to bringing revolutionary changes in the stadium such as increasing seating capacity and more during his tenor as DDCA Chief. A function was held on 12 September 2019 to mark the change of name. Even the stadium’s one of the stands was named after Virat Kohli on the same date.

The Feroz Shah Kotla Stadium was renamed as Arun Jaitley Stadium in the memory of Former DDCA President and Finance Minister Arun Jaitley. DDCA decided to rename the ground in his memory after he passed away on 24 August 2019. Arun Jaitley had also served as the Vice-President of the Board of Cricket for Cricket in India (BCCI).

“The contribution of Arun Jaitley was instrumental in supporting and encouraging players such as Virat, Sehwag, Gambhir, Nehra and Nehra in making India proud.”

Rajat Sharma, the President of DDCA, was stated as saying on the contribution of Arun Jaitley to Cricket.

However, DDCA did come out with a clarification that only the stadium has been renamed as Arun Jaitley Stadium. But the ground will still be known as Feroz Shah Kotla Ground.

The inaugural match at the Arun Jaitley Stadium was played between India and West Indies on 10 November 1948. Ever since then, the stadium is owned and operated by the Delhi District Cricket Association (DDCA).

Some Key Records & Stats of the Stadium

A One-Day International between India and Sri Lanka had to be called off as the pitch conditions were deemed to be unfit to host an international game. The date was 27 December 2009 when ICC banned the ground for 12 months. It was done after the match referee submitted the report. The ground could only get back into action during the 2011 ICC Cricket World Cup.

It was 2nd day of the Test match between India and Sri Lanka in 2017-2018 when smog forced Sri Lankan players to stop playing. It was one of its kinds of an incident where players had to wear anti-pollution masks.

Sri Lanka’s Lahiru Gamage faced shortness of breath. On the other hand, as reported by Nic Pothas, Coach of the Sri Lankan Team, Suranga Lakmal vomited frequently. Owing to this rare issue, the play had to be halted from 12:32 PM to 12:49 PM.

The entire episode forced Ravi Shastri, the Indian Coach to come out and discuss with ground umpires. Sri Lanka Team was accused of making a mountain out of a mole. And even viewers declared it as ‘melodramatic’. But Mohammed Shami of India was also spotted to be vomiting on the ground on Day 4 of the Test match.

Since Delhi was in the news for a high level of pollution, both India and Sri Lanka condemned the decision to play in the Capital. Both Teams also had to use oxygen cylinders in the dressing rooms owing to breathing concerns.

Arun Jaitley Stadium – Records in Multiple Formats of the Game

T20 Internationals Records at the ground

The Arun Jaitley Stadium got the chance to host 3 Group A matches, along with a Semi-Final during the 2016 ICC T20 Cricket World Cup. An Afghanistan Vs England fixture in Group A was the first T20 International match that was held here.

The wicket at the Feroz Shah Kotla Stadium / Arun Jaitley Stadium is majorly batting friendly. But it had to face criticism when an India Vs Sri Lanka game had to be canceled owing to bad pitch. Sri Lanka was reeling at 83/5 when Officials decided against continuing the game further.

It had to face the ban for 12 months. But it returned in action in 2011 WC when it held 4 Group Stages matches. It also included one involving India against the Netherlands.