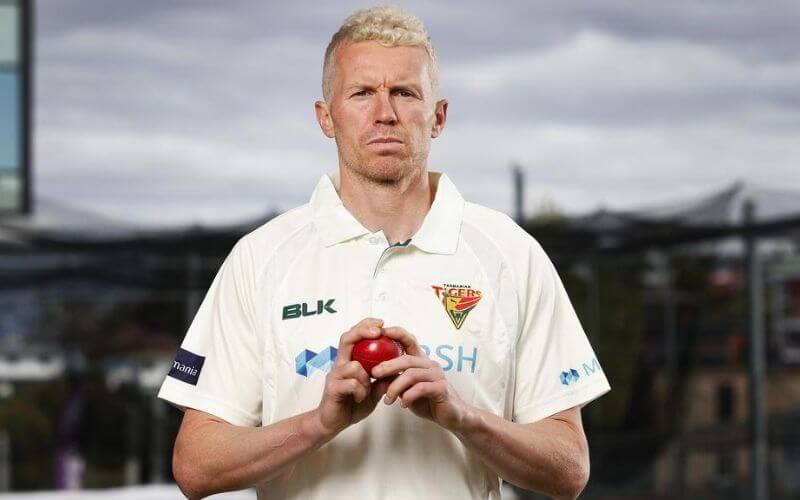 Peter Siddle, the right-handed pacer from Adelaide Strikers had a memorable evening in Big Bash League 2020-21. He registered his best bowling figures against Hobart Hurricanes and managed a five-wicket haul at Aurora Stadium, Launceston. The brilliant bowling effort from the pacer set Hobart Hurricanes on the backfoot.

Adelaide Strikers won the toss and elected to field first. And, the senior pacer Peter Siddle got off the mark with a wicket in his very first over of the game. He dismissed D’Arcy Short on the penultimate delivery of the 2nd over. He bowled a short of a length delivery outside leg-stump. And, the southpaw tried to play it towards third-men. But, he ended up edging the ball and was caught by the wicketkeeper.

In the 18th over of the game, Peter Siddle once again bowled a brilliant over for his team. He gave a double blow to Hurricanes for Adelaide Strikers. He sent settled batsman Macalister Wright, James Faulkner in the same over. Hobart Hurricanes, who were looking in a stable state, were once again set on the backfoot.

Coming into the final over of the innings, Siddel easily took the wickets of Tim Davids and Riley Meredith on consecutive deliveries. The former Aussie pacer was in his peach form with the ball and he bowled with a very precise line-length throughout the game. This is the reason he managed to register his best BBL bowling figures i-e- 5/16.in 3.3 overs,

Hobart Hurricane batsmen committed several mistakes against Adelaide Strikers bowling-unit due to which they ended up struggling and failed to play the full 20 overs. The whole side of the former scored 146 runs in 19.3 overs. Ben McDermott and Colin Ingram played well-structured knocks of 46 runs respectively. But, it never looked sufficient to help Hurricanes in reaching a mammoth total.

Here is the highlight: