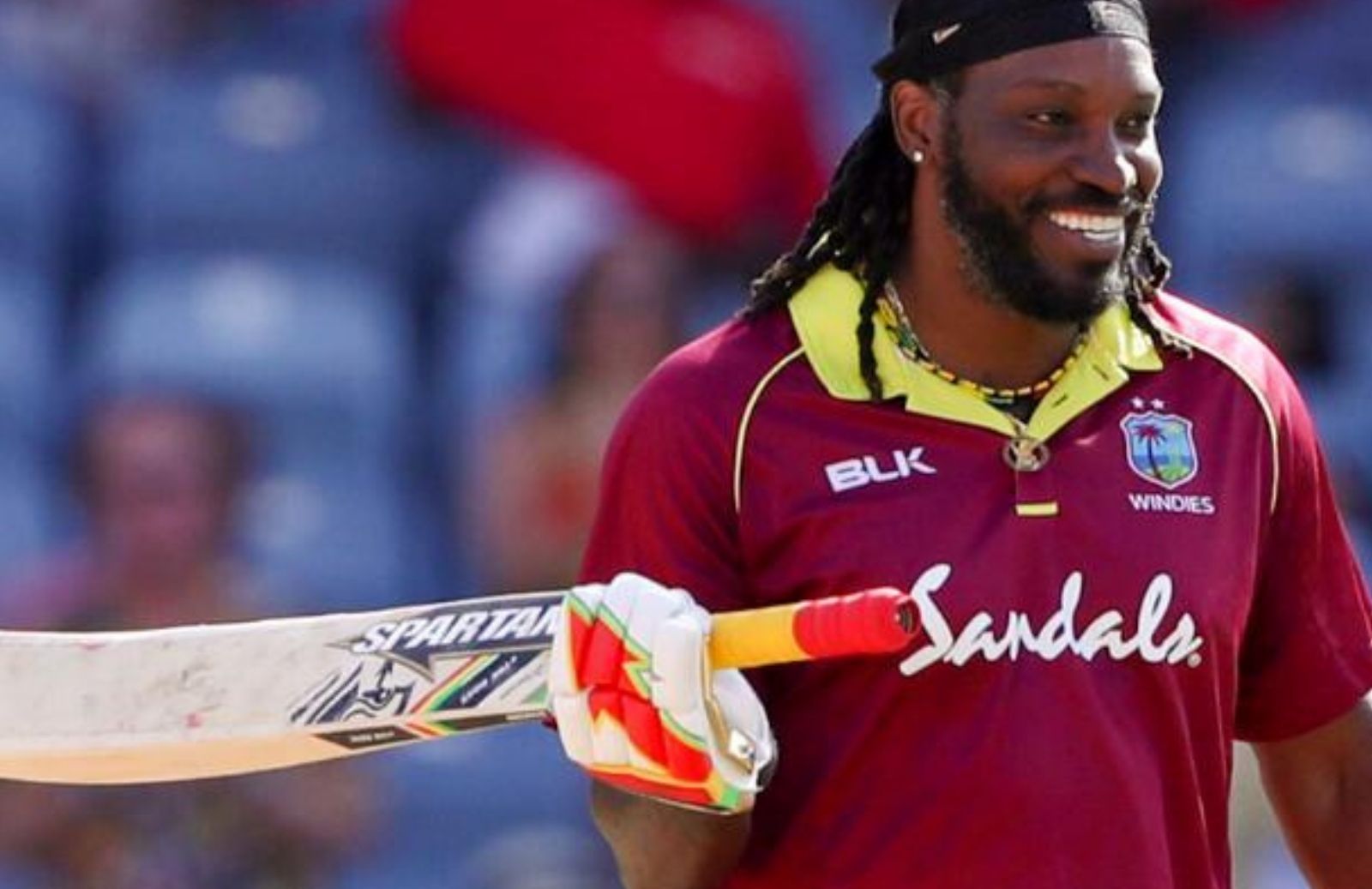 Chris Gayle, the Universe Boss tormented Maratha Arabian’s bowlers as he played an influencing knock in the 20th game of the ongoing Abu Dhabi T10 league. In the end, the veteran gave the credit for his success to former legendary Sri Lankan wicketkeeper Kumar Sangakkara.

In the 20th game, Team Abu Dhabi got a competitive total of 98 runs to chase in stipulated 10 overs. At one time, the fans thought that it is going to be an enthralling competition. But that was not the case as Gayle had some other plans.

The spectators and fans witnessed Gayle Storm on Wednesday that made the mockery of the opponent bowlers at Sheikh Zayed Stadium in Abu Dhabi. He slammed nine sixes and six boundaries and scored 82 runs off just 22 balls. He broke several records in the shortest format of the game. It was due to the southpaw that Team Abu Dhabi managed to chase the target with 4.3 overs to spare. He was in top form with the bat and was nominated as the Man of The Match. Gayle now holds the joint record for scoring the fastest fifty in the 10-over format in just 12 balls.

In the post-match conference, Gayle gave all credits to the former Sri Lankan wicketkeeper Kumar Sangakkara. He asserted that it was the former player, so motivated him to play an enthralling knock. Also, he revealed that the newly appointed Rajasthan Royals director of operation gave him a pet talk due to which he could manage a scintillating knock with the willow.

Chris Gayle is at the fag end of his cricketing career but still, he is smashing the bowlers for cleaners like any young batsman. He is retained by Kings XI Punjab for the upcoming edition of the Indian Premier League.