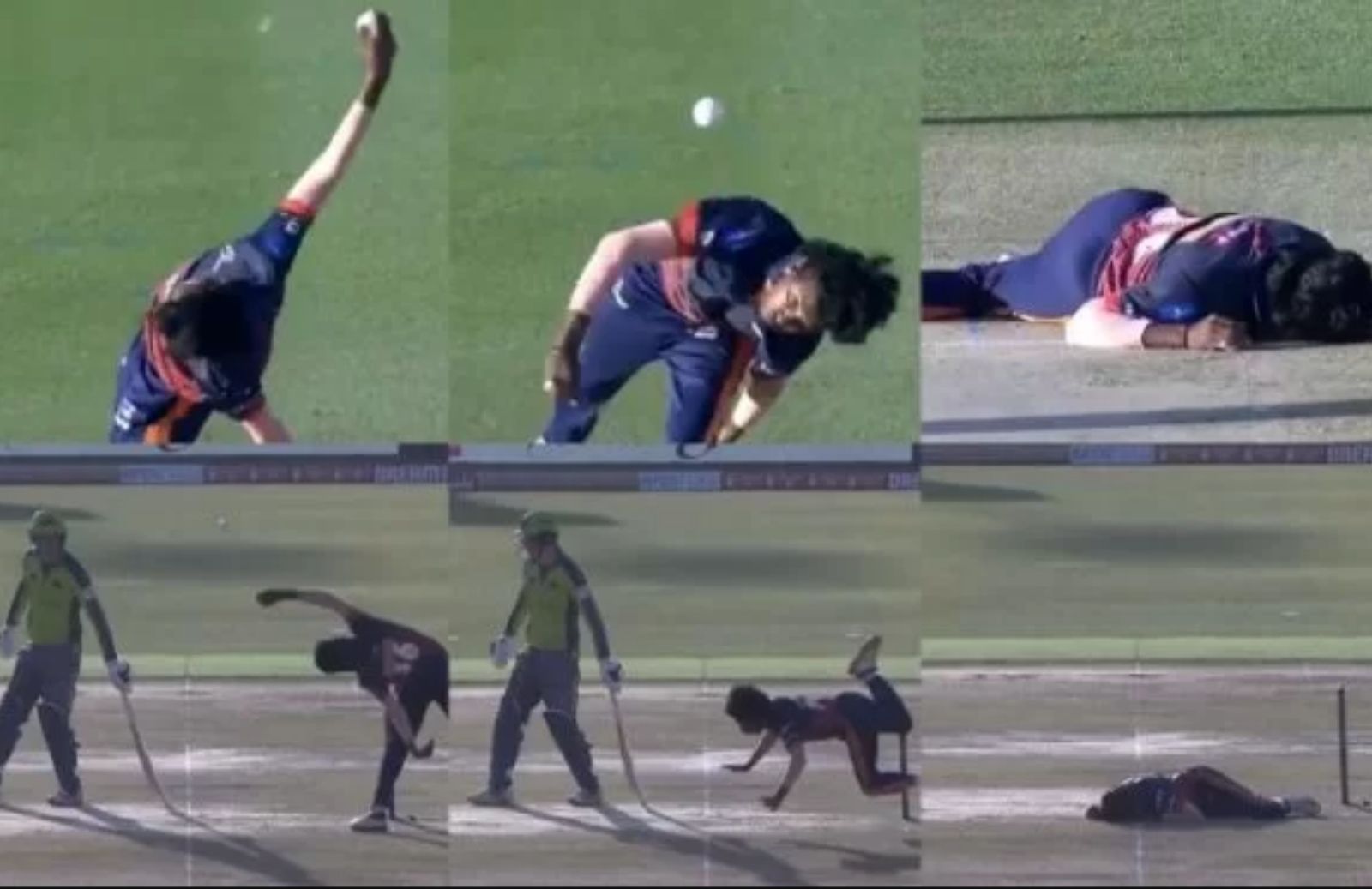 Cricket always come up with thrilling games for the fans. But, sometimes players’ on-field actions turn it into a funny one. And, this season the Abu Dhabi T10 league has witnessed some of the biggest hilarious moments in the history of cricket. Recently, Rohan Mustafa was involved in an instance where he was spotted shirtless while fielding. Now, an unknown bowler’s bowling action has hogged the spotlight.

When he arrived in cricket, the batsmen had no glimpse of how to play strokes against a bowler like Malinga. His big hairs with the ball coming from a very different angle made him a mystery. Similarly, Ajantha Mendis and M. Muralidharan were the other bowlers that created a buzz in cricket with their bowling action.

Now, Kevin Koththigoda is another add-on in the list. He is plying trades for Maratha Arabians in the ongoing Abu Dhabi T10 league. On Wednesday, the young spinner left everyone in awe with his bowling action. The spinner was unique in his own way and his bowling action resembles to Shivil Kaushik, an off-spinner from India, who previously played for Gujarat Lions in IPL.

Kevin’s bowling arm was enough to confuse the batsman on strike. And, Tom Banton was the batsman to face the leg-spinner. Although, he bowled with disciplined. But, his action became a joke for the ardent followers of cricket on social media.