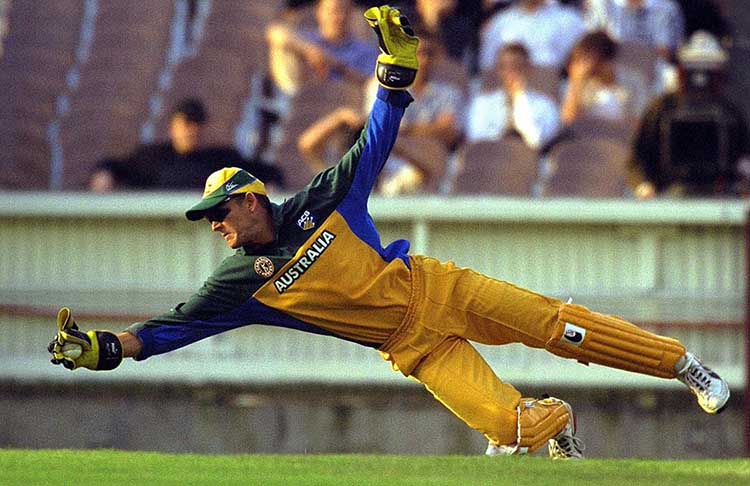 Who is the best Wicket-keeper in the world?

The position of a wicket-keeper is often overlooked in Cricket. A keeper stands behind the stumps. The primary role of a keeper is to collect untouched deliveries or deflected ones. A good wicket-keeper is fast, flexible, and focused.

Other than collecting wide balls, ducked bouncers and untouched deliveries, a wicket-keeper also plays an important role in catching a player out, contribute in a run-out and stumpings for sure. It is the most important fielding position in the game of cricket.

A game cannot be played without a wicket-keeper. Standing right behind a batsman, the keeper has a huge psychological impact over the batsman. Wicket keepers take charge of positioning the rest 9 fielders on the ground.

Usually, they have great batting skills too. From saving runs behind the wickets and getting opposition players out to scoring runs in between the wickets, a keeper does it all. Here we look at the stats and character of the top 5 greatest wicket-keepers in the history of cricket.

5 best wicket-keepers in the world

Moin Khan is one of the best players to play for his country. The former Pakistani wicketkeeper also served as a team manager for his nation. Post his retirement from cricket, he returned to the Pakistan cricket team as a coach on February 11, 2014.

Moin Khan had a long career playing first-class cricket matches for his nation from 1990 to 2004. He played a total of 69 test matches throughout his career. He scored a total of 147 dismissals. He registered 127 catches and 20 stumpings in 118 innings with a dismissal rate of 1.245. In one particular match, Moin Khan registered 4 catches and one stumping.

This gentleman played a total of 219 ODI matches. He played as a wicket-keeper in 209 innings. He recorded a total of 287 dismissals, thanks to 214 catches and 73 stumpings. He has a brilliant dismissal rate of 1.373 in the ODI format.

His career-best stats as a wicketkeeper are 5 dismissals. Khan was also a nice batsman. He amassed lots of runs for his team in both Test and ODI format. Moin Khan is considered as one of the best Pakistani cricketers of all time.

MS Dhoni is the best wicket-keeper that India has ever produced. He is so quick, clever, calm, and definitely skillful. Not many can match the standards that Dhoni has set both with his bat and donning gloves behind the wicket.

Notable for being one of the best finishers of the game, Dhoni has been performing consistently for about a decade and a half. Off-pitch, Dhoni is as influential as on the pitch. In fact, he has been named in Times magazine’s list of “Most Influential People in the World’.

Dhoni has 321 catches, 22 run-outs, and 123 stumpings to his name. His wicket-keeping stats are amazing in the T-20 format as well. To top that, he has been one of the finest batsman finishers for over a decade. The former Indian captain is the best wicket-keeper-batsman in the history of Indian cricket.

Kumar Sangakkara is a former Sri Lankan captain who is considered as one of the best wicket-keeper-batsmen of all time. Perhaps, it is his batting skills that outshine his wicket-keeping skills. Nevertheless, his stats as a wicketkeeper are mind-boggling.

Kumar in his long career playing for his country Sri Lanka established the record of the greatest number of dismissals in ODI by a wicketkeeper. In test matches, he recorded a total of 182 catches, 4 run outs and 20 stumpings in 134 matches. He has a dismissal rate of 1.67. His best wicket-keeping tally in a test match saw him recording 5 catches.

In ODI matches, he has recorded over 500 dismissals as a wicketkeeper. Sangakkara played a total of 404 ODI matches for Sri Lanka scoring 14234 runs. Sangakkara has 402 catches, 20 run-outs, and 99 stumpings to his name in the ODI format. He dismissed a career-best of 5 players in an ODI match. He is one of the best wicketkeeper-batsman of all time.

Mark Boucher is a coach and former South African cricketer. He is widely regarded as one of the best wicket-keepers of all time. Mark holds the record of maximum dismissals in Test matches. He played a total of 197 test matches between 1997 and 2012 while recording 532 catches, 2 run-outs, and 23 stumpings.

His career-best wicketkeeping record in a test match saw him achieving 6 dismissals, all by-catches. Boucher played 295 ODI matches between 1998 and 2011 for South Africa. His wicket-keeping stats in ODI are 403 catches, 16 run-outs, and 22 stumpings. His highest tally of dismissals in an ODI match is 6. He has a high dismissal rate in both formats of the game.

In ODI, Boucher has a dismissal rate of 1.462 dismissals per game. Other than being a world-class wicketkeeper, Boucher’s a gifted batsman as well. Additionally, Boucher also has bowled a few overs occasionally. He’s a complete package. The South African player is one of the finest wicketkeepers to ever play the game.

Is there any doubt about this one? Adam Gilchrist is widely regarded as the best wicket-keeper of times. Also nicknamed as Gilly, he is the former Australian wicketkeeper-batsman. He was the backbone of the golden era of the Australian national team that won consecutive world cups among several other trophies.

This Aussie batsman holds the record for the most number of dismissals in an ODI format. Also, he’s the front runner in the maximum number of dismissals by an Australian player in test cricket. This record-breaking wicketkeeper was also the former Australian Cricket team’s captain and is regarded as one of the best batsmen of all time.

He played 96 test matches between 1999-2008 and recorded a total of 416 dismissals. He has 379 catches, 4 run-outs, and 37 stumpings to his tally. Gilchrist has an unbelievable dismissal rate of 2.178 dismissals per game. His career-best wicket keeping tally in a Test match saw him record 5 catches behind the wicket.

Gilly is also considered as one of the greatest batsmen of all time. The left-handed attacker was a joy to watch when he played. His partnership with Matthew Hayden sent shivers down the spine of the opposition.