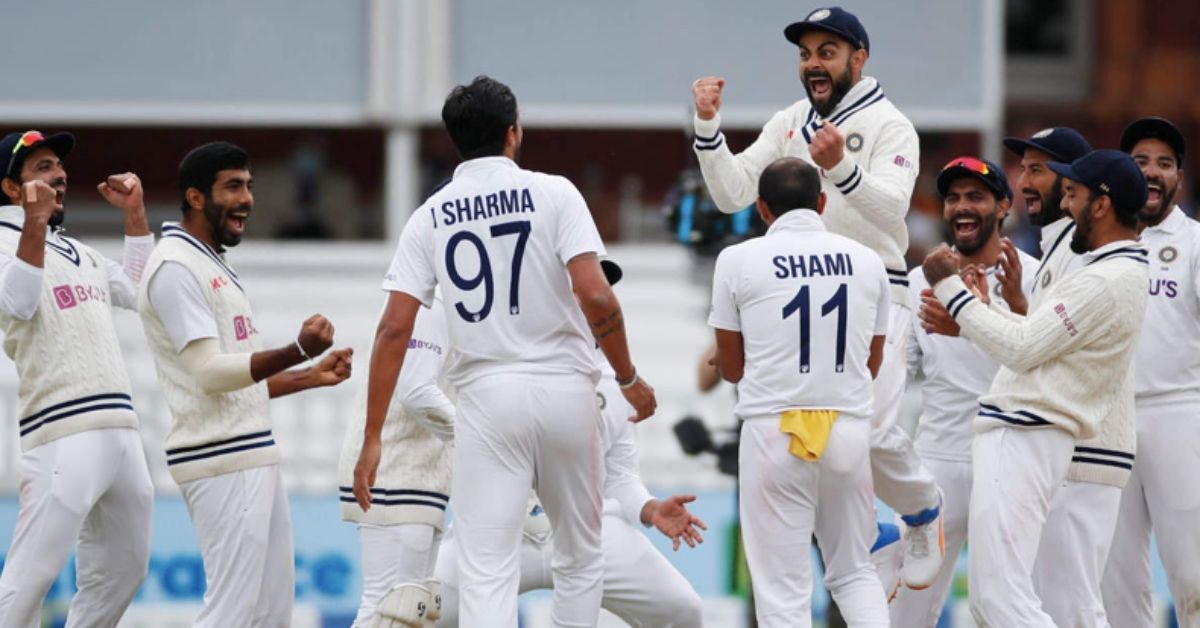 India pulls off a dramatic victory over England in the 2nd Test at Lord’s cricket ground by 151 runs. The final day of the game turned out to be a thriller where both sides were fighting for a win. But in the end, India had the last laugh over the hosts.

Firstly, Indian tailenders rise to glory and batted exceptionally well against the heavy-duty bowling line-upEngland. They stitched a record-breaking partnership of 91 runs before Indian skipper Virat Kohli declared the innings. Mohammed Shami registered his maiden fifty (56* runs) and Bumrah partnered him as he scored 34 important runs.

England suffers a defeat in a dramatic fashion in 2nd Test

On Day-5 England got an impossible target of 272 runs to chase on a deadly track of the Lords Cricket ground. After rocking the game with the bat, the lethal bowling pair of Mohammed Shami and Jasprit Bumrah dismissed England’s opening pair on duck.

Later on, Joe Root tried to restrict Indian bowlers from taking wickets. But, the momentum of Indian bowlers was something unbelievable. They could sense the feeling of pulling off a thriller at Lords Cricket ground. And, this brought Team India back into the match that was heading towards a draw.

The only ray of hope for England was their in-form skipper Joe Root. But, Bumrah dismissed him a peach of a delivery. Ahead of the third session, the hosts were set back on the backfoot, and Indian bowlers didn’t give a single moment of relief to the batting side.

Jos Buttler and Ollie Robinson played significantly well and stopped Indian bowlers from taking wickets. But, once against Jasprit Bumrah came to the rescue and broke the rock-solid partnership by dismissing Robinson. Rest work was done by none other than Indian spearhead Mohammed Siraj as he took the final two wickets and guided Team India to a historic win.

The social media was flooded with posts congratulating Team India on their historic win over England in a dramatic way.