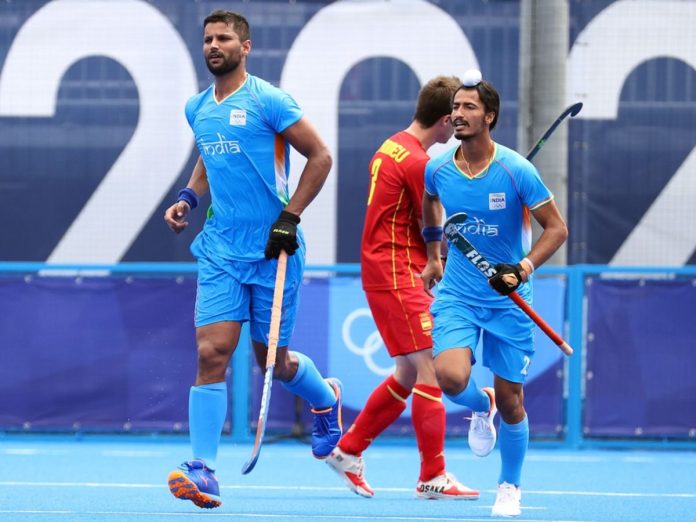 India will be locking horns with Spain in this high-octane encounter. The match will be beginning from 7:30 PM (IST). Harmanpreet Singh’s men would be high on confidence after their bronze medal victory in the Tokyo Olympics 2020. The Indian team had also won a silver medal in the Birmingham Commonwealth Games 2022.

Spain on the other hand would be keen on seeking revenge of their Tokyo Olympic 2020 clash where they had lost to India. However, they put up a splendid performance against India in the Pro League games and shared the honours with the hosts.

India would be banking on their home crowd support. In hockey, crowd plays a major role and if the crowd can extend their unflinching support to Harmanpreet Singh’s men, then we can witness a magical performance from the hosts today.

Spain has a very solid team with a blend of experience and youth. They would be favourites to lift the title and if they can see off the India challenge, then they would be extremely confident in the tournament.

Where to watch the India vs Spain match in the FIH Hockey World Cup 2023 live on TV in India?

Where to watch the live streaming of the India vs Spain match in the FIH Hockey World Cup 2023 live in India?

The live streaming of the India vs Spain match in the FIH Hockey World Cup 2023 will be done on the Disney+Hotstar application in India.