“He could even hit a century,”- Virender Sehwag Compares Punjab Kings Batsman With Young Kieron Pollard 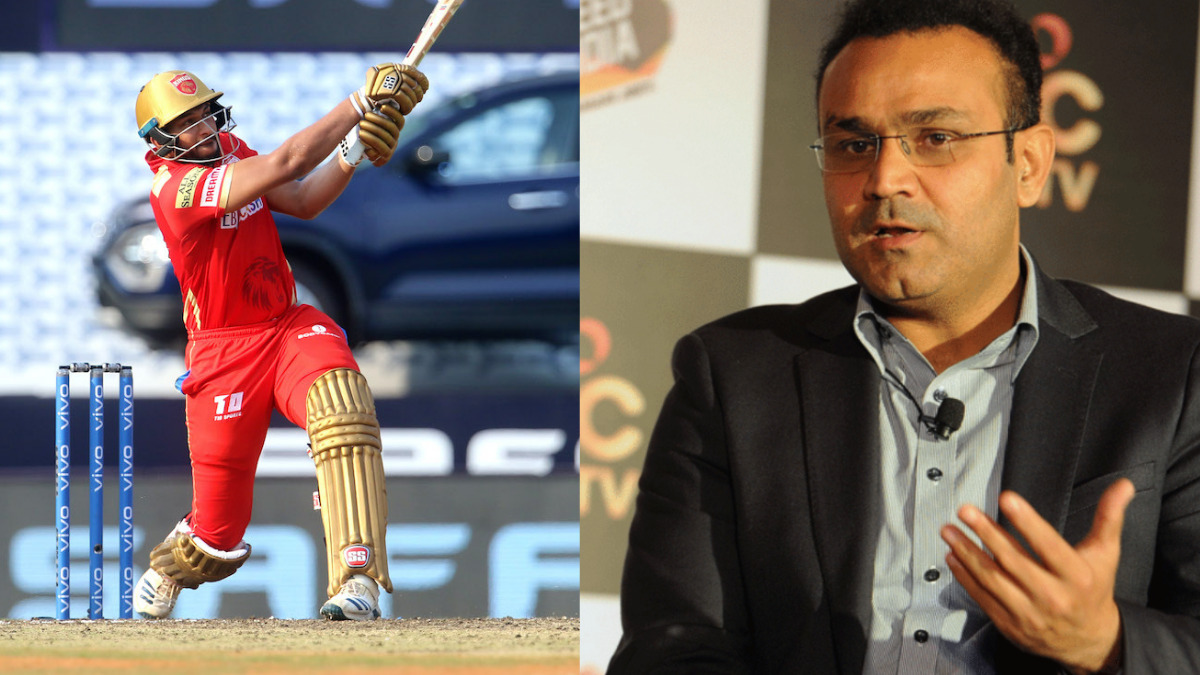 IPL 2021 was in full swing before players from different franchises were tested COVID-19. With Bio-Bubble breached, BCCI suspended the tournament for an indefinite period. This season many new players emerged that impressed former cricketing greats with their performances like Chetan Sakariya and others. Meanwhile, Shahrukh Khan from Punjab Kings was the one, who impressed former Indian skipper Virender Sehwag.

Shahrukh Khan made his debut for Punjab Kings in IPL 2021. He played small but vital knocks for the Punjab-based franchise and attracted a big fanbase. He smashed 107 runs in 7 innings batting in the lower order. His tournament-best is 47 runs that he managed against Chennai Super Kings. Although, PBKS lost the match. But, he showed a glimpse of his destructive batting style. Meanwhile, commentators compared his batting style but with West Indies batsman Kieron Pollard. Shahrukh Khan was picked by Punjab Kings in IPL 2021 auction at a whopping price of INR 5.5 Crores.

During an interview, Virender Sehwag also lavished praise on Shahrukh Khan. He said that the young Indian batsman takes him back when Kieron Pollard was young. As per him, Punjab Kings batsman has the same kind of ability to score sixes with ease irrespective of the bowler.

“He reminds us of a young Pollard when he had just come into the IPL. Everyone was running after him because he could just stand and hit sixes off bowlers. Shahrukh has the same quality. Although he has played those little innings and hasn’t played a big knock. But the lower you bat in the line-up, there’s only so much he can do,” Sehwag said on Cricbuzz.

Sehwag feels if Shahrukh Khan gets a chance to bat higher in the batting order then he will surely score a T20 century.

“If he can be given a chance to bat higher, the day he clicks, he could even hit a century. He is the kind of player for whom it doesn’t matter what happened the previous ball. Many batsmen thing ‘Oh, I got beaten, this one turned’. Those who don’t think about the previous ball, they have a higher success rate,” Sehwag explained.