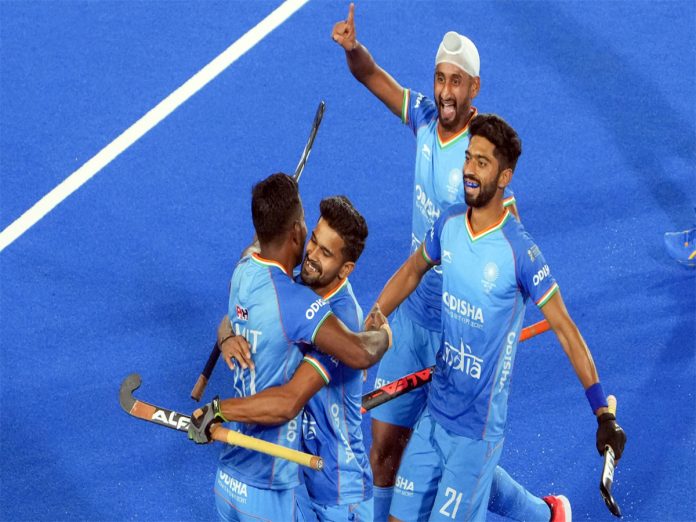 When India faces New Zealand in the crossover round of the current Hockey World Cup 2023 at the Kalinga Stadium on Sunday in an effort to advance to the last-eight round, they will be looking to fix their offensive problems.

In order to win Pool D and advance directly to the quarterfinals, India needed to defeat Wales by an eight-goal margin in their last group match. But on Thursday, the home team could only manage a 4-2 victory. India finishes second in the standing.

With one win, two losses, and third place in Pool C, New Zealand, which is currently ranked 12th in the world compared to India’s sixth-place finish, has also not performed very well in the competition.

For sure, the host team would start as the favorite in front of a packed Kalinga Stadium. The 2018 Commonwealth Games semifinal was the last big match in which the Black Sticks defeated India. India will be without crucial midfielder Hardik Singh, who’s been ousted from the competition after failing to recuperate from a hamstring injury.

The absence of Hardik is a major loss for India since, if they defeat New Zealand, they would face Belgium, the defending champions, in the semifinals. Mandeep Singh and Akashdeep’s performance would be crucial for the hosts in Hardik’s absence.

In the FIH Pro League in October-November of last year, India defeated New Zealand twice, 4-3 and 7-4. In 44 previous meetings between the two teams, India had prevailed in 24 and fallen short in 15. There were five draws.

Sam Lane’s last-second goal at the Olympic test event in 2019 was the only other time India had fallen to the now 12th-ranked team in 13 matches over the previous five years. Lane is still around, although India easily won the past two Pro League games played at this exact location.

When and where IND vs NZ, Hockey World Cup 2023 crossover match to be played?

On Sunday (January 22) at 7 PM IST, the Hockey World Cup 2023 crossover match between India and New Zealand will be played at the Kalinga Stadium in Bhubaneswar.

The Hockey World Cup 2023 crossover match between India and New Zealand will be broadcast live on Star Sports Network channels.

The Hockey World Cup 2023 crossover match between India and New Zealand will be streamed live on Disney+ Hotstar.