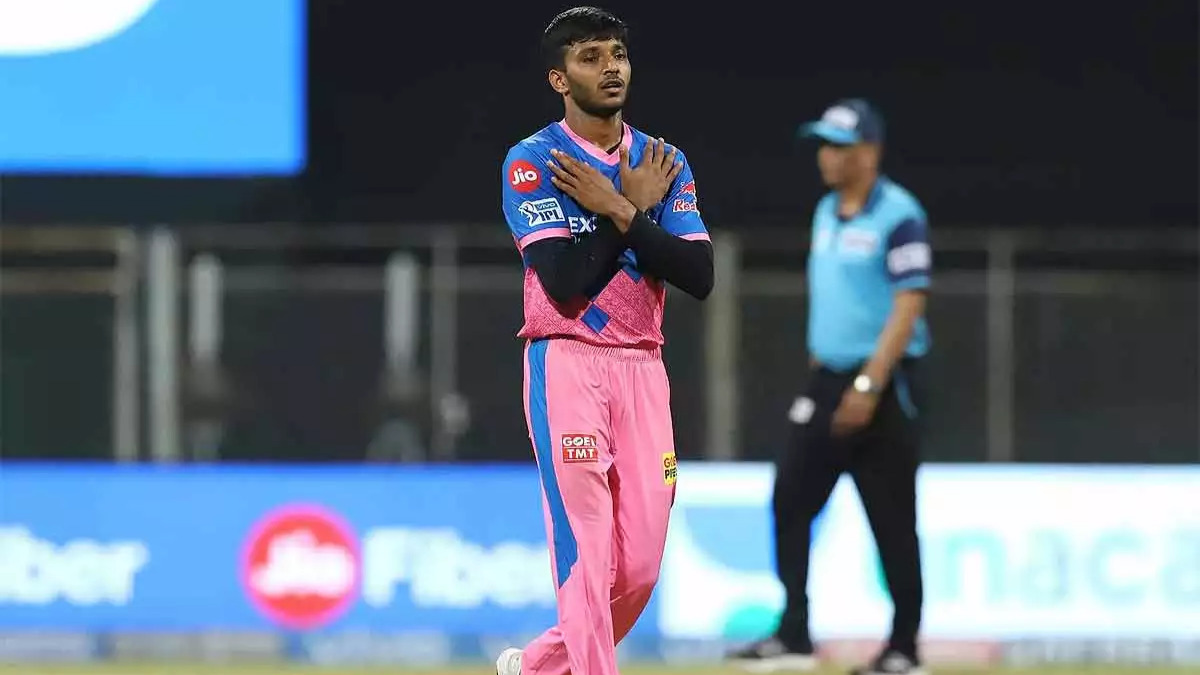 Chetan Sakariya, the young speedster from Gujarat received his maiden call-up from national selectors. He will be traveling to Sri Lanka with Team India for playing the limited-overs series. The pacer got emotional and said that he wishes if his father was here to watch him play for Team India.

Sakariya’s journey from ashes to glory is no less than an inspiring story. From a base price of INR 20 Lakhs to getting picked by Rajasthan Royals at a whopping price of INR 1.20 Crores. Also, he became one of the emerging players from the Royals dugout in the Indian Premier League 2021.

Chetan Sakariya Gets Emotional On His Maiden-Call Up

He took a three-wicket haul on his IPL debut and hogged the headlines for his impressive performance. Chetan Sakariya produced several match-winning performances for the 2008 IPL winners and there were rumors that he might get picked for the limited series against Australia. But that was not the case.

However, now BCCI selectors have come up with good news for the medium-pacer by picking him in the squad that will be led by Indian opener Shikhar Dhawan. In an interview, Chetan Sakariya said that it is a dream come true moment for him and wanted his father here to witness the same.

“I wish my father had been here to see this. He wanted me to play for India. I miss him a lot today. God has made me see ups and downs in a span of one year. It has been a very emotional ride so far,” Sakariya told to The Indian Express.

Prior to IPL, Chetan Sakariya lost his brother and he was attached very attached to him. He mentioned that it has been a year of ups and downs for him as far as his personal life is concerned. The pacer added that he lost his father and brother in the ongoing year and they have left a big void in his life. Also, he gave credit to his mother and father for his success.

“I lost my younger brother and a month later I got a big IPL contract. I lost my father last month, and god has handed me an India call-up. I was in the hospital for seven days when my father was battling for his life. This is an irreplaceable void. This one is for my late father and for my mother, who allowed me to continue with my cricket,” he stated.

Click for the latest cricket news and updates from cricket world.