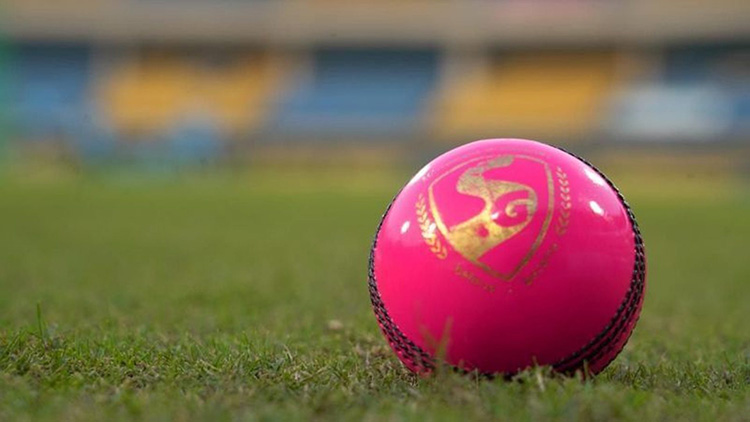 It was 22nd November 2018 in Kolkata and on this historic day, India witnessed a breakthrough in Cricket – the first Pink ball Day-Night Test match at Eden Gardens.

India was terrific in batting and bowling to register an emphatic win over Bangladesh by an inning and 46 runs. Around 50,000 spectators also become part of the history as they welcomed the new concept of the Pink ball Day-Night test match with joy.

“I think it’s very, very crucial to market Test cricket like we do for ODIs and T20Is. It’s not only the job of the players but it spreads out to the management the cricket Board and the home broadcasters about how you portray a particular product to the people.”

“If you create an excitement only around the T20 cricket and not much around Test cricket then in the psyche of the fans there’s already a certain template that’s established.”

This is how Virat Kohli, the 31-year-old Indian Captain revealed about the challenges that are faced in the marketing of a Test match.

” I think if there’s enough buzz created around Test cricket then there will be a lot more keenness to come to the stadium. Like you have in venues abroad, there’s something or the other happening, maybe a play area for games. Maybe schoolchildren could interact with Team India players during lunch.”

“I think all these things will really bring that strength into Test cricket and people would want to come in and have an experience of a Test match. It should be an event where you come and experience cricket, not just sit there and watch in you know, hot conditions. So I think there has to be more for the fan. I totally agree with that and has to be marketed well.”

Kohli was full of advice on how the current lots of fans could connect with the conventional format of the game if it gets to be marketed appropriately.

Of course, there were many concerns on how the Pink ball day-night test match would behave in Kolkata; Virat had a cheerful time while being at the office. He emerged as the first batsman to score a ton n a Day-Night Test match scoring 136. His innings were studded with 18 beautifully timed hits to the fence.

Virat also revealed his conversation with the batting maestro Sachin Tendulkar on how he was able to adapt the new format of the game with the Pink ball.

“So your planning changes, your declaration timing, everything changes. As a batsman, your setup changes. Even if you’re set and batting well, as soon as it gets dark and the lights are on, you can be in trouble very quickly. Luckily I went in when the lights were on so I didn’t have to go through the transition but I think that’ll be another challenge in the future as well.”

Kohli was also stated as saying when questioned if India would accept an invitation from a similar encounter by Cricket Australia (CA).

“I think a good practice game before that and enough time to prepare, we’re open to doing anything. You can’t just play it on a short notice, like I mentioned last time. If there’s time to prepare we’re open to take up Test cricket in any manner. We’ll be quite open to it I guess.”

The victory over Bangladesh was 4th consecutive in the longest format of the game, and it was also Kohli’s 33rd Test victory as skipper.

Earlier in the day, Global Cancer Trust, a registered NGO based out of Kolkata, attempted to cheer breast cancer survivors. During the break of this historic match, 20 breast cancer survivors battling the deadly disease and defeating it were felicitated by the local hero and BCCI President, Saurav Ganguly. He was joined by Abhishek Dalmiya, the Secretary of Cricket Association of Bengal (CAB). All-time legends of the game such as Sachin Tendulkar, Anil Kumble, and Rahul Dravid and VVS Laxman and the first Bangladesh team that played Test against India were also present.

“It is a matter of great prestige that breast cancer survivors are being felicitated on this monumental day in Indian cricketing history by the Hon’ble Prime Minister of Bangladesh and Hon’ble Chief Minister of West Bengal in front of so many spectators at Eden Gardens. It is a once in a lifetime moment that will surely be etched in their and our memories. We would like to extend our heartiest gratitude to Mr.Sourav Ganguly from BCCI and Mr.Abhishek Dalmiya from the Cricket Association of Bengal (CAB) for bringing joy to the lives of the survivors. We could not have asked for anything better.”

Dr. Vikash K Agarwal, the renowned Oncologist and Chairman of Global Cancer, was also quipped as saying on this special occasion.

The color Pink is synonymous with breast cancer, and it was at the center stage of the most awaited match at the historic ground withstands splashing with the same color.

Global Cancer Trust also handed about 30,000 Pink caps to all the viewers present on the first day of this Cricket match. The event was also marked by the sharing of stories of fighting this critical ailment by the cancer survivors with those present.

Global Cancer Trust has been operative for the last 10 years with cancer patients. They have also carried out diverse awareness campaigns and diagnostic camps to make people aware of this disease. They also organized a limited overmatch for the breast cancer survivors on the third day of the game, to be held at the Eden Gardens.

Kolkata prepared for this iconic match in advance with preparations in full swing. The Cricket Association of Bengal (CAB) collaborated with Creocraft to give a new lease of life to the walls of the Eden Gardens. It was to tell the story of a cricketer and his journey from the maidan (ground) to the National Team.

Over 20 artists studying at the Indian Art College worked 24/7 to bring this idea into reality onto the walls of this historic cricket address.

The day-night test match also had Mascots named Pinku and Tinku were unveiled in the august presence of Saurav Ganguly, the President of BCCI. It was the strategy allure kids towards this historic Test match. Also, a huge Pink balloon in the size of 14’ x 14’ kept floating in the sky until the end of the match.

Multiple city parts and buildings nearby the stadium also sported Pink lights in the run-up to the match to show support with this event.

Six LED boards, along with 12 billboards and branded buses were also was seen in the city from 18th November to spread awareness about the day-night test match. It was all the parts of the promotional strategy implemented by the organizers to bring more people in the ground.

The Indian Cricket Team took only 8.4 overs (52 balls) on Day 3 to claim all the remaining three wickets of Bangladesh. This way, they stormed the visitors by an innings and 46 runs to walk away with the Pink ball Ind Vs Ban match and series 2-0.

With the win at the Eden Gardens, India became the first team to win 4 back to back Test games by the margin of an inning – a record that speaks of their home dominance!

Bangladesh resumed the third day with the score reading 152/6. Mushfiqur Rahim, who was batting at 59 overnight, was joined by Ebadat Hussain. Mahmudullah was injured and unavailable to bat; Mushfiqur had only 3 batsmen left against a battery of Indian pacers.

He was tied down early by the nagging line and length of Ishant. He even went dancing down the track once to the bowler and missed leading to a bit chat between both.

After facing an over, Ebadat Hossain succumbed to the bouncer of Umesh Yadav; an attempt to guide the ball over the slip but found Virat Kohli at the 3rd Slip. A bumper welcomed Al-Amin Hossain, which brushed his helmet on the offside. It ran to the fine leg ropes for a four. After this event, Al-Amin went with his business of finding gaps in the field and scored two boundaries off the 38th over from Ishant Sharma. He raced to 12 from 11 balls. At this point, spin was introduced at the other end. Mushfiqur made the most of these two overs and collected as many as 17. He was seen reverse sweeping and sweeping Ravindra Jadeja for two 4s in 3 balls.

However, all chances of astounding defiance were thwarted when Umesh Yadav came back to get the better of Mushfiqur, who was received by pacer’s chance of pace. He ended up getting a top edge, which was gleefully accepted by the cover. On the other hand, Al-Amin kept scoring and continued with a bit of frenzy with two more boundaries.

Nonetheless, his little cameo was not enough to keep a sure-shot Bangladesh defeat for long. In the 41st over by getting an edge off, it settled in Saha’s gloves easily.

Mahumudullah was already retired hurt, and it meant the 2nd inning of the Bangladesh folder at a paltry 195. They struggled to cross 200 for the 2nd time in the same match, and overall, it was the third occasion in the Series.

For taking 9 wickets in the match, Ishant Sharma was chosen as the Man of the Match and even as the Player of the Series in this India vs Bangladesh Series. He was indeed the key architect of his side’s 7th uninterrupted Test victory – a record that should be intact for a long time.

The Indian Cricket Team consolidated their position at the top position in the ICC World Test Championship. It reached 360 points after whitewashing Bangladesh 2-0.

India has still a point to drop in the 9-team championship. They humbled West Indies 2-0, got better of South Africa 3-0 before finishing off with a 2-0 against Bangladesh.

The point ranges from 60 points for each game of a 2-Test series to 24 for each Test match of a 5 game series.

Australia is currently on 116 points after winning the first game of the ongoing series against Pakistan. New Zealand and Sri Lanka are tied on 60 points each drawing 1-1. Pakistan is currently playing its 1st match of the World Test Championship (WTC). On the other hand, West Indies, Bangladesh, and South Africa are yet to get points in the opening tournament. The top two teams at the end of the league will get to battle it out in the final in England in June 2021, and the winner will be crowned as the World Test Champions