Ind vs Wi: Rohit Sharma makes the day of two of his Jamaican fans 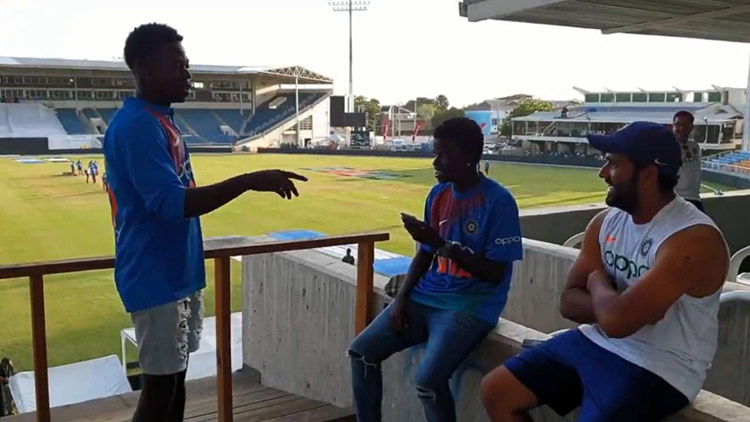 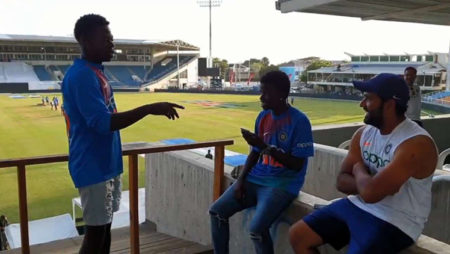 Rohit Sharma, 32 years old, is known to have some serious bad luck in Tests these days. Mumbai’s batsman failed to secure his place in both of the games, one held in Jamaica and the other in Antigua. India marched into the games with its eleven during the second Test against the West Indies at Sabina Park, leaving Rohit to sit out as a spectator even though fans had wished that there would be a last-minute change.

However, even the disappointment of not playing the match could not dampen Rohit’s spirit during the game. He made sure to enjoy his time away from the field, brightening the day for two Jamaican fans who had worn the Indian limited-over shirts with Rohit’s name printed at the back.

He had steered the overzealous supporters away from the audience to have a nice time together. Rohit went to sit with his two fans, who were simply over the moon next to their icon. They danced together in front of Rohit and the crowd seemed to have caught up with their contagious enthusiasm as well. Rohit enjoyed his time with the fans immensely.

Indian team, at the leadership of Virat Kohli, had made a powerful inception to the long-awaited ICC World Test Championship. The team had gained 120 points thanks to the 2-0 win against their Caribbean opponents. On the last Test’s fourth day, during the second innings, the visitors dismissed Jason Holder and Co for 210 runs. This led to the Indian team’s victory at 257 runs, closely eclipsed by their previous 318-run achievement.

The captain Kohli saw through a great outing. Kohli had excelled MS Dhoni as the Indian team’s best Test skipper. 30-year-old Kohli has achieved 28 wins within just 48 cricket matches. Delhi’s cricketer also stands at the top with his highest percentage of victories compared to all of the other Test skippers for India.

This is awesome from @ImRo45 when he randomly pulled out two of his loyal fans from the crowd in Jamaica🕺🕺 #TeamIndia 😁👌👌 pic.twitter.com/PqRV1xtjgH

This was also India’s most epic away Test success by runs. Rohit Sharma is scheduled to play in the upcoming T20I series’ three-match game against South Africa. It is set to begin on Sunday, the 15th of September. The T20I series is meant to mark the start of the Indian team’s long campaign back home. 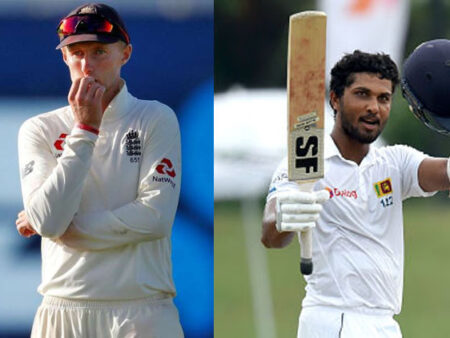 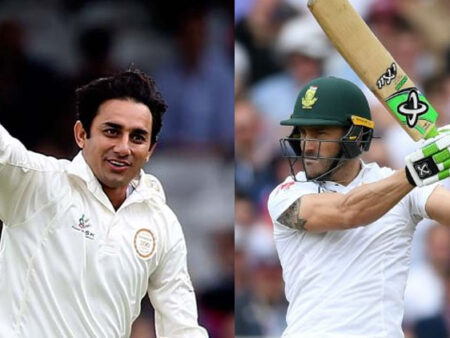 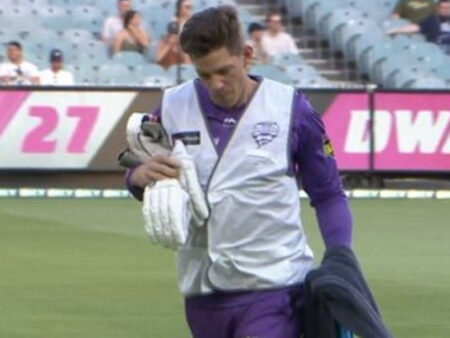