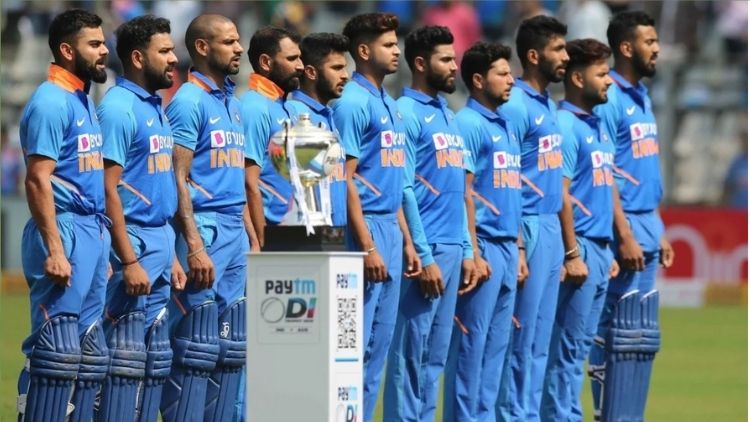 Cricket is slowly gaining pace in the post-pandemic era and the fans are getting to watch daily cricket action on the field. Like currently, India is playing the Test series in Australia, New Zealand and Pakistan is also involved in the red-ball series. It is going to be a well-packed year that is full of cricket. And, Indian cricket team seems to have a busy year.

BCCI suffered a huge loss due to no cricket action for about four to five months. Even the Indian cricketers found it very difficult to cope up with their life without cricket. However, now, they are all set to play a heck of a cricketing series throughout the year.

Let’s Have A Look At The Full Schedule Of Indian Cricket Team For The Year 2021:

The Indian cricket team will begin their year with a Test match. They will play the remaining the final two games of the four-match of the Border-Gavaskar Trophy 2020-21. The third game of the series will be played in Sydney starting on January 7 followed by the final affair in Brisbane on January 15.

BCCI recently announced that they will host England for the first home series in the post-pandemic era. They have picked the newly built Motera Stadium. This is the biggest cricket stadium in the world and will host an international game for the first time after renovation. England will play Tests, 5T20Is, and 3 ODIs against India.

Indian Premier League is expected to take place in the month of April and May. Soon after the 14th edition of the cricketing extravaganza, Team India will travel to Sri Lanka for playing five-match ODI series and as many T20Is. Although, BCCI has not released the schedule for the exciting tour to Island. But, it will most probably take place after IPL 2021.

In 2020, Asia Cup was schedule to take place. But, due to global pandemic the multi-nation tournament got postponed. It is expected that after playing ODI and T20I serie, Team India will stay in Sri Lanka for playing the high profile Asia Cup. They won the inaugaral season of the tournament. It is known that this is the year of T20 World Cup. And. all the teams will lock horns twice in the shorter format during the Asia Cup 2021.

After playing regular cricket in Sri Lanka, Indian cricket team will fly to Zimabwe for playing an important series. It will help Men in Blue in getting prepared for the T20 World Cup. Also, BCCI might try some new faces for the last time before going into the showpiece event.

England will host a tri-color nation for playing the five-match Test series. England will host India for a much-awaited Test series festival that will be a treat for every fan to watch. After playing India in India, England will look to avenge the loss of their previous Test defeat. On the other hand, India will have a bulk of work to do in order to adjust in away conditions. The fans can also expect bowling-friendly conditions in order to put the visitors on the backfoot.

India will then travel to South Africa for playing some limited-over cricket just before the 2021 T20 World Cup. And, BCCI is yet to release the schedule for the important tour of Proteas.

India will host ICC T20 World Cup 2021 and they will be the overwhelming favorites to win the shpowpiece tournament. They lifted the inauagral edition of the T20 World Cup. But, they lost to West Indies in semi-final in the previous edition of T20 World Cup.

India toured New Zealand in the year 2020. And, they will come to India towards the end of the year. They will play two Tests and three T20Is versus India in the final quarter of 2021.

Proteas will face India twice in the same year. Earlier they hosted by Men in Blue for playing the limited-overs series. But, now Indian cricket team will host South Africa. The hosts will end their year playing Proteas in three-match ODI and three-match T20I series.