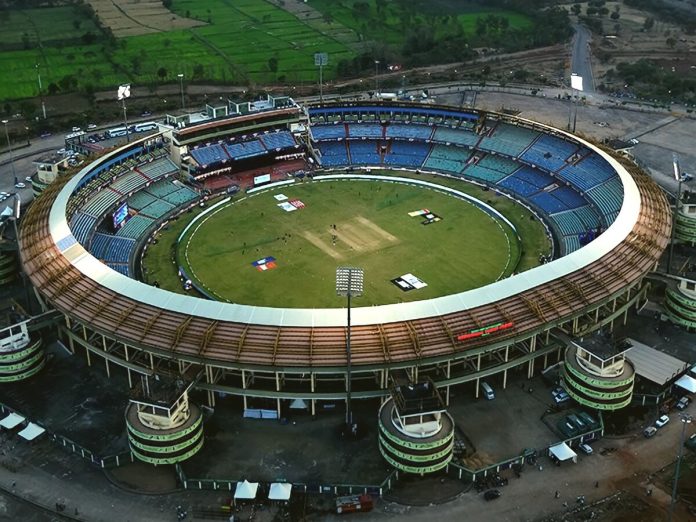 After receiving the allocation of the second match of India vs New Zealand ODI series scheduled to be played in January of next year, Raipur is ready to become the newest international cricket venue in India.

The BCCI announced the schedule for New Zealand’s limited-overs tour of India on Thursday. There will be six white-ball contests between the two teams, including three ODIs and as many T20Is.

Although this will be Raipur’s first-ever international match, the venue has previously hosted IPL games. The Chhattisgarh State Cricket Association will host an international cricket match for the first time thanks to the BCCI. Two IPL 2013 matches were played here earlier.

In addition, T20 Challenger Trophy matches and the second IPL season of matches were played in 2014. Since then, the Chhattisgarh State Cricket Sangh has been in charge of overseeing all BCCI domestic cricket matches, including those for the Syed Mushtaq Ali T20 Trophy and Ranji Trophy. Additionally, this is where the Road Safety World Series cricket competition was held.

Also Read: IPL Auction 2023: 3 Players Who Can Be The Most Expensive Player In IPL History