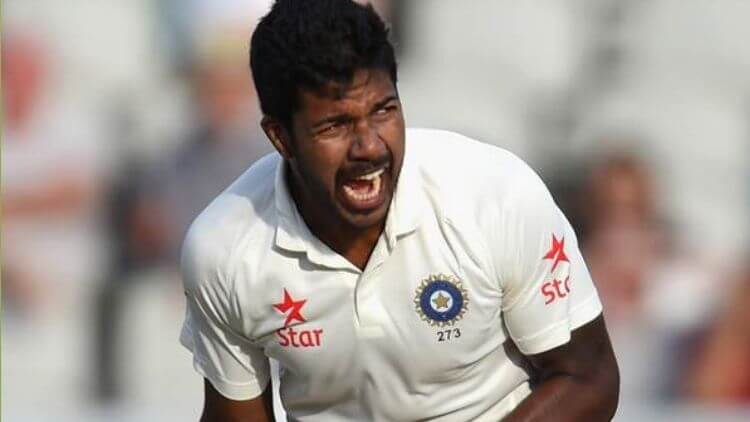 In the post-coronavirus era, players are struggling with injuries as they didn’t play for almost five to six months. Now, Jharkhand suffered a big blow as their pacer Varun Aaron sustained an injury and he has been ruled out from the tournament. He has been hospitalized and things don’t look good for the Indian cricketer.

Varun Aaron was tipped to feature in Jharkhand’s outfit in the ongoing Syed Mushtaq Ali Trophy 2020. However, now, he has been kept away from the game due to his illness. As per the reports, Aaron has been hospitalized after suffering from laryngitis

As per the reports, Varun Aaron has been hospitalized after suffering from laryngitis. It also states that the Indian cricketer is stable and out of danger. However, he will not be able to take part in the upcoming exciting T20 tournament.

Varun Aaron Gets Hospitalised, Gets Ruled Out From Syed Mushtaq Ali Trophy 2021

“Varun Aaron is currently hospitalized after suffering from laryngitis. He is being looked at well by the doctors and is stable. Due to the development, Varun will not be able to play in the tournament and has pulled out.”

Varun Aaron featured in Rajasthan Royal’s outfit during Indian Premier League 2020. He got only three games to prove his worth. But, he went wicketless in all the games. Earlier, the Jharkhand-born player has played for Team India in 9 Tests, and as many ODIs. He donned a national jersey back in 2015 against South Africa in the longer format of the game.

At the moment, Team India has a long list of talented fast-bowlers, who are performing exceedingly well across all the formats. Varun Aaron’s chances of making a comeback in the national side are quite slim. However, it is not impossible for a bowler of his caliber. The only chance for the 31-year-old to make it into Team India is by taking more and more wickets in whichever tournament he plays. But, this all looks difficult until he successfully recovers from his illness.