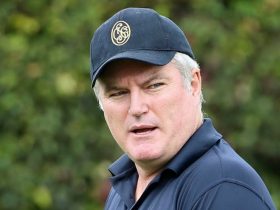 Lasith Malinga, the former Sri Lankan pacer is in Sri Lankan’s plan for the upcoming T20 World Cup. Sri Lanka is currently in 8th position in the latest ICC T20I ranking and the board is in the quest to call their star pacer out of retirement just for the showpiece tournament. SLC feels Malinga’s experience will play a vital role during the mega-event.

The 37-year-old bid adieu to all forms of cricket back on 26 July 2019. Since then he has not played a single game in professional cricket. Malinga is reckoned as one of the best bowlers that Sri Lankan cricket has produced in its history. He finished his career with 536 international wickets going ahead in his illustrious career. Also, he holds the record for taking most hattricks in the history of international cricket.

Lasith Malinga Return To International Cricket On The Cards

Adding such a player to the team will give a major boost to Sri Lanka’s hope of winning their 2nd T20 World Cup. In an interview, Pramodya Wickramasinghe, NCC chairman said that Lasith Malinga is in their plans for the upcoming T20 World Cup that is slated to be held in October. As per him, the board is currently working on a long-term plan aiming 2023 World Cup. And, they want to bring a balance between the shorter and longer format in white-ball cricket.

“We will talk to Lasith soon. He is in our plans for the forthcoming T20 tours, including the T20 World Cup coming up in October,” the National Selection Committee Chairman Pramodya Wickramasinghe told the Morning Sports on Friday (7).

“We are working out on a long-term plan aiming at the 2023 (50-over) World Cup. There, our main focus is to adjust ourselves to forming an accurate average in terms of two main aspects. Those are the age and the fitness,” Wickramasinghe said.