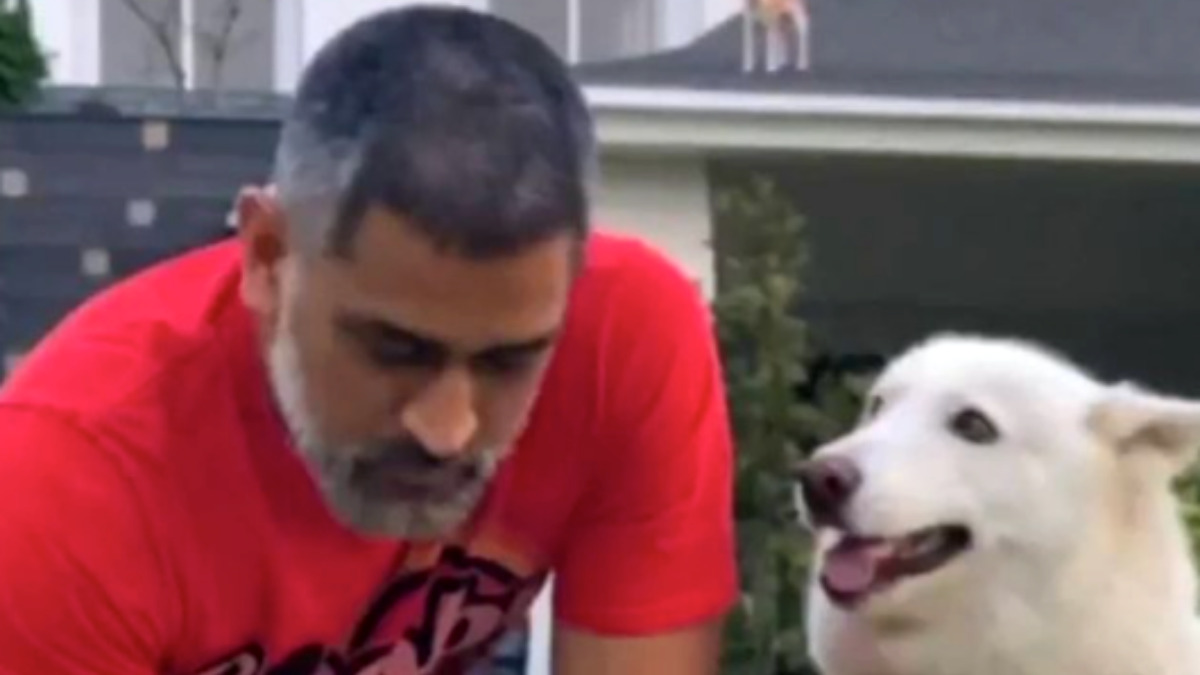 MS Dhoni, the former Indian skipper stayed in limelight throughout his career for different reasons. His ability to finish the games for Team India, leading the side from the front with calmness was simply incomparable. But, one thing due to which he used to remain in the spotlight was his experimentation with his beard and hairs. Now, once again MS Dhoni has acquired a new salt-pepper look that has got viral on social media.

The former World-Cup winning skipper MS Dhoni bid adieu to all forms of cricket back in 2019 on 15th August. But, he continued playing in the Indian Premier League for Chennai Super Kings. The previous season didn’t go down well for his side. They ended up in the seventh position in the league table and for the first time, they failed in qualifying for the playoffs.

This season his side bounced back strongly and the acclaimed top position in the league table. But before IPL 2021 was suspended CSK was dethroned by DC. who won their last game before the suspension. Meanwhile, MS Dhoni looked pale with the bat and struggled with destructive knocks.

After the suspension, MS Dhoni traveled back to his home in Ranchi. Nowadays, he is spending time with his family and pets. Recently, a fan took to Instagram and shared the latest look of MS Dhoni. In the still, the former skipper was seen with a grey beard. It was something that fans didn’t get to watch in the IPL 2021.

The fans are eagerly waiting for the resumption of the Indian Premier League so that they can get to watch their favorite player back on the field once again. There are reports that the IPL 2021 remainder will be played in September-October in UAE. However, BCCI is yet to give an official update over the same.