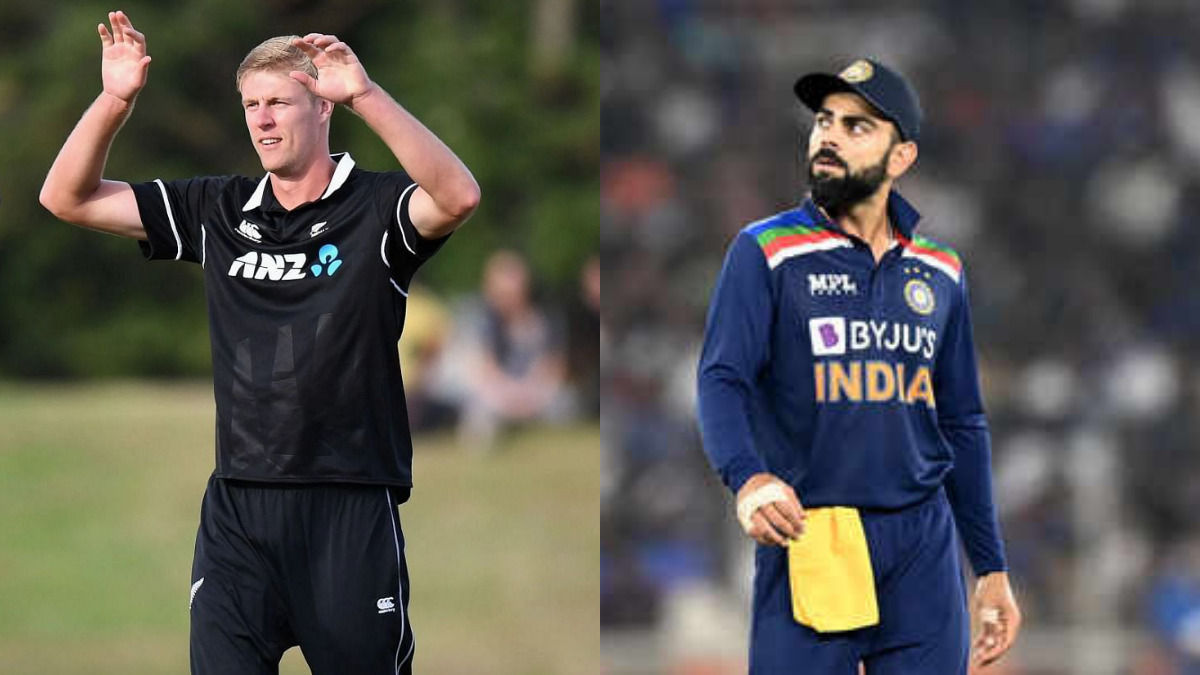 New Zealand is set to lock horns with India post-England series in a World Test Championship final on 18th June. But, Indian cricketers had begun with the preparations after the home series against Brits. Virat Kohli, who will lead Team India in WTC Final, is one of the smartest cricketers. He tried his smartness during IPL 2021 and wanted to check how his IPL teammate Kyle Jamieson bowls with duke balls. The Indian skipper even asked the latter to bowl in nets session with duke balls. But, the Kiwi pacer denied Kohli’s request.

Kyle Jamieson has certainly become an important part of New Zealand’s pace attack since his debut. He announced his arrival in international cricket with a bang from Test series against India. He turned out to be a big headache for Indian batsmen. He took 9 wickets in 2 Tests. So far, he has grabbed 36 wickets in 6 games for Kiwi side. Also, he is a handy batsman, who has an average of 56.5 in Test cricket.

Tim Southee Feels It Was A No-brainer

Tim Southee was cherished with the response of Kyle Jamieson to Virat Kohli. He said that the story revealed by Daniel Christian is expected to be true as such things happen in cricket

“I’m pretty sure that story is true. But that would be the answer to most batsmen – why would you give them a look? It was smart from Virat to see if he’d fall into the trap but for Kyle, it was a no-brainer to not give the guy a glimpse of what he’ll be facing [in the final],” Southee told The Guardian ahead of the series opener against England.

As per him, any batsmen will struggle against a bowler, who bowls with a height of around 7 feet. Anybody would want to know the insight of such bowlers and Virat Kohli did the same.

“But yes, a guy who bowls from 6ft 8in will only enhance any attack like ours. He’s a great kid and driven to improve. He swings the ball and always asks questions, bowling a full length. He’s invaluable with the bat too – a massive asset for the side,” Southee added.