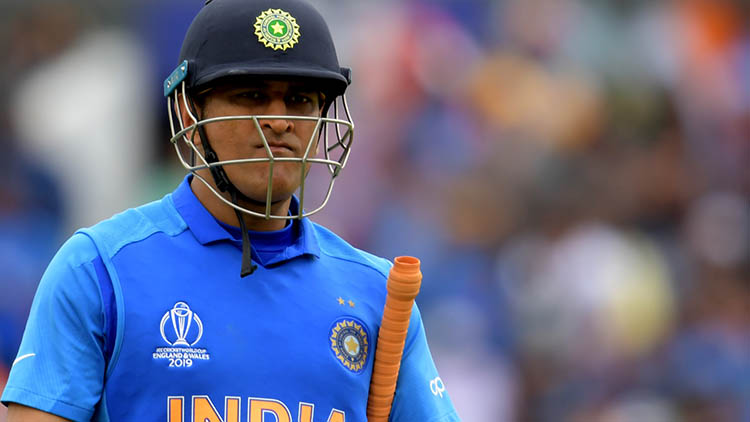 In this article, we are going to take a look at the 5 most painful MS Dhoni run-out in History!

The Indian legend MS Dhoni will soon turn 39. The former captain of the Indian cricket team is known as a professional batsman and amazing wicket-keeper. His helicopter shots and the lightning speed between the 22 yards leave us speechless. Despite being one of the finest cricketers and a fast-runner, MS Dhoni has witnessed some of the tragic run-outs.

Just like AB de Villiers and Suresh Raina, Mahi isn’t only capable of big shots, but he runs quite well between the wickets. But, we have seen the Indian captain getting run-out in some important matches. Not only in the T20 IPL but MS Dhoni got run out in the World Cup.

5 run-outs of Dhoni that left the audience in shock

MS Dhoni played his ODI debut match against Bangladesh. It must have been quite difficult for the former Indian captain to deal with the most tragic run-out of his career. He didn’t score a single run. Mohammed Rafique delivered the ball and he nurdled it to the square leg. Mahi tried to take a single but his partner sent him back.

Dhoni went back to the pavilion. Fortunately, Mahi got a chance to play again. He played a few matches until he joined the Indian team for good. The Indian team won the match by 11 runs. However, it happened to be the only match the team managed to win on this list.

2. MS Dhoni got Run-out on 99 against England

He was only one run away from his century. England won the test match for the first time in the past 28 years. Alastair Crook, who sent Dhoni to the pavilion with his most accurate throw, received the man of the match award.

India gave an amazing performance in the Wolrd cup 2015. It made its place in the Semi-final, where the team had to play against Australia. Australia chose to bat first and scored a whopping 328 runs. Indian team started off the second innings quite well until Virat Kohli and Shikhar Dhawan got out. A small and steady partnership was seen between Rohit Sharma and Ajinkya Rahane. However, the wickets kept falling. As a result, Mahendra Singh Dhoni was sent to the ground sooner than expected. Mahi had to bat at a time when it was already a little difficult for the team to chase the score and defeat Kangaroos. The burden was on the former captain.

However, the tension didn’t last long as Dhoni got dismissed by the excellent throw from Glenn Maxwell. India could not make it to the finals of the world cup. In fact, the team lost it by 95 runs. Had Dhoni played for a little longer, India would have won it. But, it rather turned into a sad run-out.

4. MS Dhoni’s Controversial Run-Out in the IPL Final in 2019

Chennai Super Kings have won many IPL tournaments. The team made its way to the final of the 2019 T-20 IPL as the audience’s favorite team. It wasn’t that difficult for CSK to get to the finals after all the team was led by the world’s one of the best captains ‘Mahendra Singh Dhoni’. CSK had to play against Mumbai Indians (MI) in the final.

MI had scored 150 runs and CSK had to bat in the second inning. The fans were quite excited as 150 isn’t a difficult score to chase. However, things did not go as planned. Chennai Super Kings lost two wickets to run-out. Dhoni and Shane Watson were on the ground and they had already taken a single. Krunal Pandya’s overthrow tempted the batsmen to go for another run.

It is called the controversial run-out because Dhoni’s bat had already touched the crease line. But, the umpire’s decision was in the favour of Mumbai Indians. Chennai scored 149 runs and lost the game to Mumbai Indians by 1 run. Shardul Thakur was on the crease and Mumbai’s finest baller Lasith Malinga delivered the final over. They had to score 2 runs on the last ball to win the final. Unfortunately, the batsman missed it.

India played the semi-final against New Zealand in the 2019 world cup. India had to bat in the second inning, but the condition got to a point where it seemed nearly impossible for the team to chase the target. New Zealand had scored 240 runs. It had almost become the one-sided match until Ravindra Jadeja gave an outstanding performance. He scored 77 runs and got the team out of the mess. But, his inning lasted for a brief period. Like the 2015 world cup final, the hopes of the entire team and the audience were on MS Dhoni.

Dhoni wanted to keep the strike so he ran for 2-runs. However, Martin Guptill’s accurate throw that hit the bail amazed the cricketer.  The only hope of the Indian team had to go back to the pavilion.

Not only was this his last run-out, but the 2019 world cup semifinal against New Zealand was Mahendra Singh Dhoni’s last match. He did not play any match after that. It seems like the former Indian captain has taken a long break from cricket.