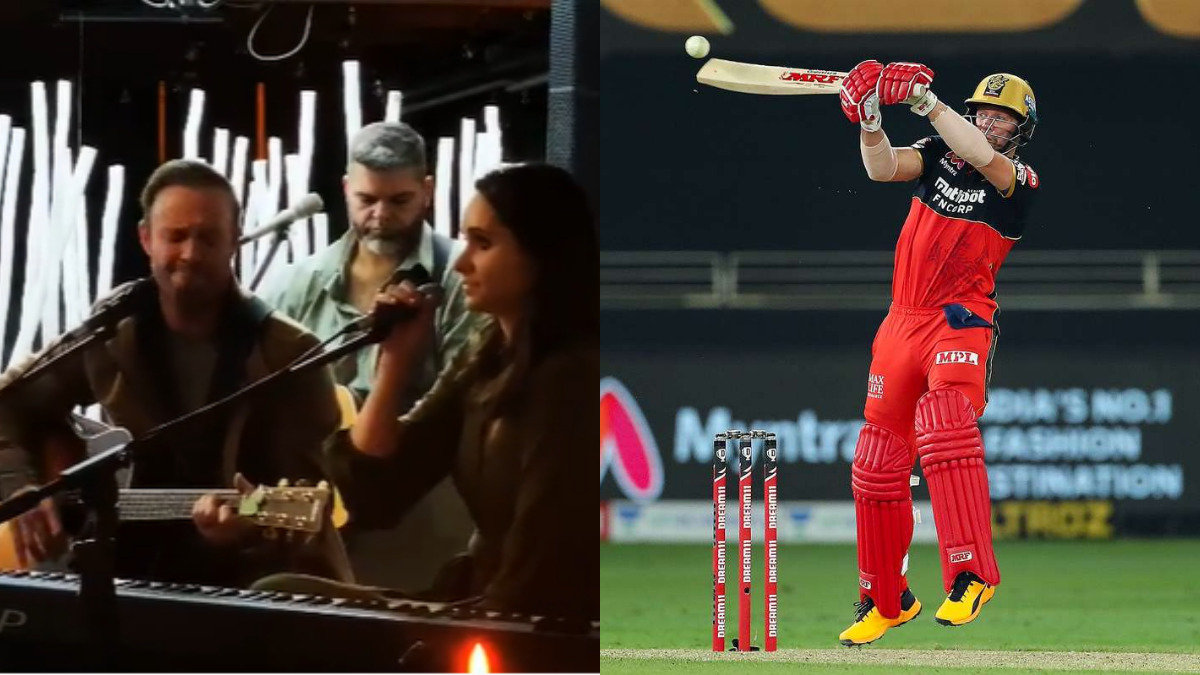 AB de Villiers, the former South Africa cricketer always stays in limelight for his destructive batting and mazing strokeplay. But, this time around, he has hogged the spotlight for his singing skills. The former Proteas player shared a clip in which he can be spotted dancing with his wife on his father’s 70th birthday.

AB de Villiers was last seen in action during Indian Premier League 2021. The right-handed batsman played for Royal Challengers Bangalore in peach form with the bat. He played several match-winning knocks before BCCI suspended the tournament in the mid-way on 4th May 2021. He muscled 207 runs in 7 games at a brilliant strike rate.

After the tournament, he traveled back to his country. In these COVID-19 times, AB de Villiers got ample to spend with his family. He also celebrated his father’s 70th birthday in the best possible way. The former Proteas player took to the stage and sang his favorite song along with his wife.

It was known that AB de Villiers used to set the stage on fire with his batting. But, his singing certainly created a warm environment at the birthday party of his father. The right-handed batsman took to his official Instagram handle and shared a clip with a long caption that read, “On the 29th we celebrated my Father’s 70th bday and I had the privilege to perform one of my all-time favorite songs with my beautiful wife.”

“We all interpret songs in our own unique way, this song has a particularly special meaning to me and reminds me that God is always there, no matter what happens.”

“While singing this song on the 29th and looking across the room to my Dad, it also reminded me how lucky I’ve been to have had my him by my side as a role model for so many years,” de Villiers wrote in the caption.”