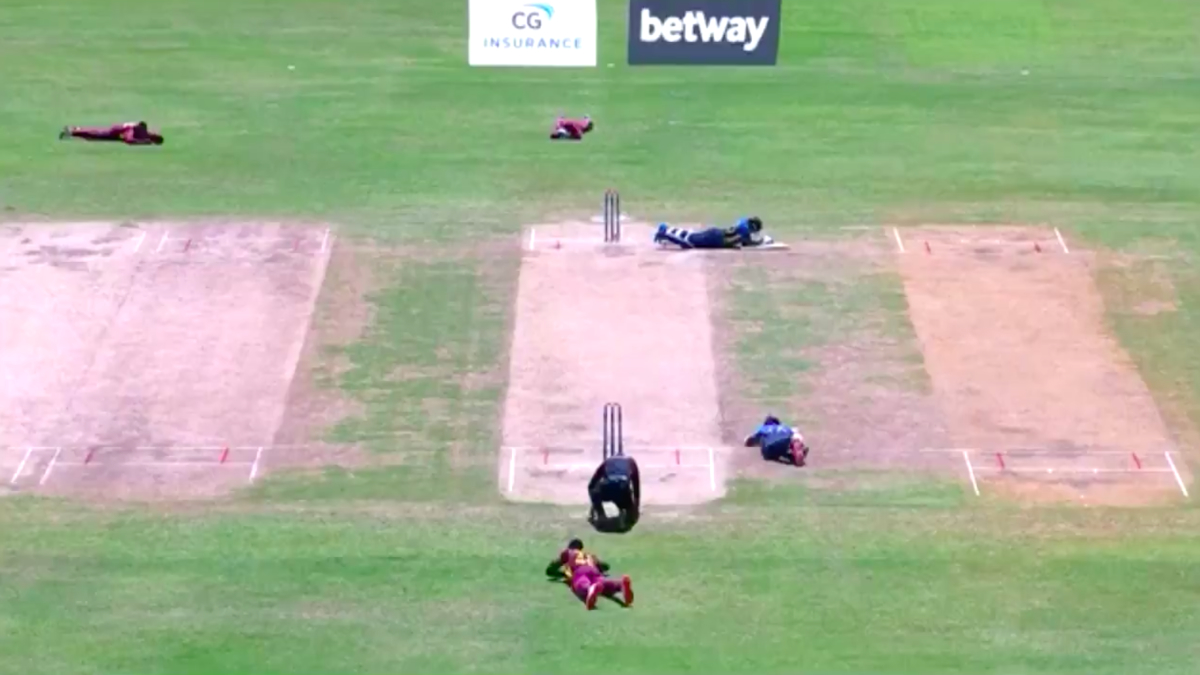 West Indies and Sri Lanka are currently involved in an ODI series. On Sunday, West Indies outclassed islanders by 5 wickets in the 3rd game that was played at Sir Vivian Richards Stadium. Darren Bravo smashed match-winning century Shai Hope and Kieron Pollard was among the batsmen, who scored brilliant fifties in the 3rd ODI from West Indies. Although the game turned out to be a one-sided affair. But, one thing that stole the limelight was the bee’s attack that halted the game for some time.

West Indies won the toss and elected to field first. Sri Lanka got to a respectable total of 274 runs in stipulated 50 overs. Wanindu Hasaranga finished as the top scorer for islanders and broke several batting records. He now holds the record for scoring the most runs while batting at 8th position. However, his effort went in vain as West Indies easily chased the target with 9 balls to spare.

Darren Bravo smashed a brilliant ton and managed 102 runs with the bat. Meanwhile, Kieron Pollard and Shai Hope also scored dominating fifties that took West Indies to the doors of winning the game.

But, the highlighting instance of the game happened during 38th over when Anderson Phillips was on the bowing end. After the first ball, bees came into the ground due to which all the players and umpire came on laid on the ground to protect themselves from any kind of misery or sting of bees.

Earlier during 2019 World Cup, a match between South Africa and Sri Lanka was also stopped for some time due to the same reason. However, at that time also no mishappening was recorded.