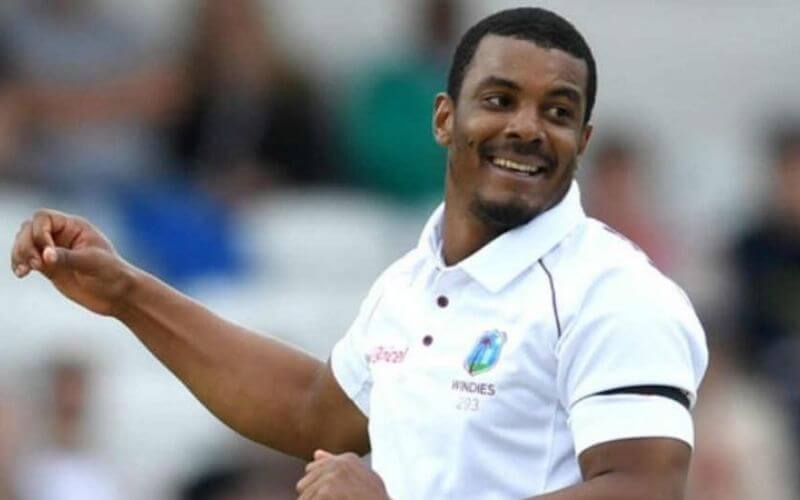 West Indies won the toss and elected to bowl first against New Zealand at the Basin Reserve in Wellington. It was a great toss to win if visitors’ fielders would have not committed repeated mistakes on the field. Even the bowlers got frustrated after witnessing poor fielding and their pacer Shannon Gabriel abused Darren Bravo, who dropped a sitter standing in the second slip.

New Zealand batsmen struggled throughout the day with the bat. But, it was Henry Nicholls, who made West Indies for dropping his three catches. The southpaw was first dropped when he was at the score of 47 runs off Shannon Gabriel. He went onto score an amazing unbeaten knock of 117 in 207 deliveries with 15 boundaries and a six. BJ Watling, Daryl Mitchell, and Will Young were the other batsmen, who did get off the mark with good starts, But, they failed to convert them into big ones. However, they still spent some time on the pitch and stitched an important partnership with Henry Nicholls.

Shannon Gabriel Gets Agitated After Darren Bravo Drops A Sitter

The instance happened when Shannon Gabriel had the ball in his hand. He came with full effort and bowled a superb outswinger that took a thick edge of Nicholls willow and carried to the 2nd slip. But, Darren Bravo dropped an easy catch. The pacer at that moment got frustrated and abused his teammate saying, “F**k you,”

The voice was so loud that the mics fitted in the stumps recorded what Gabriel said in anger to Darren Bravo. Even, the fielder also knew that he had committed a big mistake by dropping the catch Kiwi’s main batsman. From the West Indies, Shannon Gabriel took three wickets and finished as the best bowler of the day. Chemar Holder also impressed everyone with his bowling on a green top and he dismissed two Kiwi batsmen. Meanwhile, Alzarri Joseph scalped one.