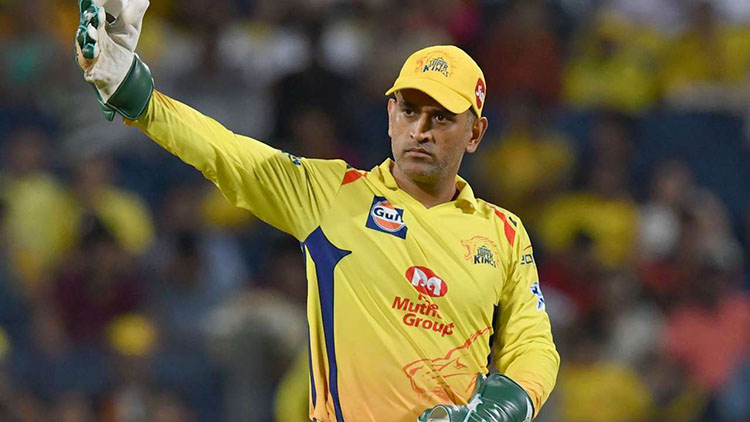 MS Dhoni is the first-ever Cricket Captain to win 100 matches in IPL History.

In this article, we are going to talk about the first-ever Cricket Captain to win 100 matches in IPL History.

MS Dhoni, the former captain of the Indian National Team, is also the captain of Chennai Super Kings. CSK has emerged as the best IPL team under the leadership of MS Dhoni. They have won 3 IPL titles so far. MS Dhoni’s cricket acumen never fails to achieve success.

Now, there is one more feather added to the skipper’s cap. MS Dhoni has become the first-ever Cricket Captain to win 100 matches in IPL History. In the 2019 edition of IPL, CSK registered an easy victory over the rival Rajasthan Royals at Sawai Man Singh Stadium, Jaipur. This also brought the 100th IPL triumph for MS Dhoni.

Highlights of the Match

Rajasthan Royals, batting first, set a total of 151 runs for the loss of 7 wickets. The target was surely not huge on that pitch. But the presence of striking bowlers in Rajasthan Royals could have pulled the heist. CSK had a very weak and slow start. The team in yellow lost 4 wickets for just 24 runs.

MS Dhoni, the skipper, entered in at number 6. The 95-runs partnership between Ambati Rayudu and MS Dhoni brought CSK back into the game. Though Ben Stokes dismissed the skipper in the last stage on the match, CSK managed a 4-wicket victory over the rivals. MS Dhoni was also awarded the player of the match.

The Captain of 2 teams

CSK, under the leadership of MS Dhoni, has won 95 Indian Premier League (IPL) games. The rest 5 triumphs were when MS Dhoni played for Rising Pune Supergiants. In the 2016 edition of the IPL, MS Dhoni was endorsed by Rising Pune Supergiants. He played a total of 14 IPL games for RPS as a captain. 5 out of those 14 resulted in the favor of RPS. In total, MS Dhoni has led the team in a total of 166 IPL matches.

Chennai Super Kings has not played 2 editions of the IPL. In 2016 and 2017, the team was suspended by the BCCI. Thus, MS Dhoni had to play for RPS. The 2017 edition of IPL saw Steve Smith taking over the captaincy of the team even in the presence of MS Dhoni. This was the only tournament when Dhoni didn’t captain a team. In the following year- 2018, people again cheered for CSK as the team was back into the tournament. MS Dhoni again reinstated the lost captaincy.

MS Dhoni: The most successful Captain

MS Dhoni, unquestionably, is the most successful captain in the history of IPL. The benchmark of 100 IPL victories is still a far-fetched dream for other captains. MS Dhoni is followed by Gautam Gambhir- the captain of Delhi Daredevils. Gautam Gambhir, as a captain, has won 71 IPL matches. This is a clear manifestation that other captains still have a long way to cover.

MS Dhoni has proved to be equally incredible with the bat and behind the wickets. He has played 182 matches in IPL so far. The batting average stands at 41.30 with the help of 21 fifties. He has scored a total of 4,172 runs in IPL. The great wicket-keeper-batsman has dismissed 121 batsmen from behind the wickets.

MS Dhoni has done fairly-well with his bat in the IPL 2019. Starting at number 6, he managed 156 runs in a total of 6 matches in the tournament. A few match-winning innings were witnessed coming from his bat. Like people expect from him, he finished multiple neck-to-neck competitions in the favour of CSK. Out of 6 innings that he played, he remained unbeaten in three.

Another player to reach a special milestone

In the 2019 edition of IPL, Ravindra Jadeja was fortunate enough to reach 100 wickets milestone. The game against Rajasthan Royals was a special one for CSK. CSK fans witnessed two great achievements from two great players.

Ravindra Jadeja, an all-rounder, played 161 matches to enter the 100-wickets club. The left-arm spinner has done consistently well for the team. He has bowled some crucial last-minute spells for the team. With this, he became the first left-arm spinner to enter the 100-wickets club. When compared among the players on the list, he came out to be among the slowest-paced bowler to reach the milestone.