Who is Bhuvneshwar Kumar?

One of the most talented Indian bowlers, who made his debut on the international Cricket platform in 2012, is none other than Bhuvneshwar Kumar.  Bhuvi’s cricketing journey has been quite a roller-coaster since the time he joined the Indian Cricket team at the age of 17. The young player hails from Meerut, a city located in Uttar Pradesh, India. With his classic bowling style and unique skills, Bhuvneshwar Kumar has earned a solid reputation in the bowling community. Today, Bhuvi is regarded as one of the finest swing bowlers of his generation.

As a fast bowling star, Bhuvi has claimed his space in the Indian Cricket team as one of the best in the league. The early part of his career wasn’t as smooth but over time, rigorous training, continuous efforts and never-give-up attitude brought out the desired results. As experts track his improving records, Bhuvi surely holds the talent that can inspire young bowlers hoping to join the fast bowlers’ fraternity.

Recognized as one of the best right-handed medium swing bowler representing his country in international cricket, Bhuvi alias Bhuvneshwar Kumar Singh was born on February 5, 1990. The advantage to the team is that he plays all formats, be it ODIs, T20 and Test Cricket. Bhuvneshwar Kumar Family consists of his father, mother & elder sister.

Bhuvi’s father, Kiran Pal Singh is a sub-inspector in the Uttar Pradesh Police Department while his mother Indresh Singh is a home-maker. As pronounced by Bhuvi, it was his elder sister, Rekha Adhana who recognized his interest in cricket and encouraged him to take it up as his career. His family has always stood by him through all the ups and downs encountered in his professional life.

Bhuvi plays domestic cricket from his native land, Uttar Pradesh and is also a core bowler in the Sunrisers Hyderabad team that plays the Indian Premier League. As a right-armed fast-medium bowler, Kumar is efficient in swinging the ball both ways although his in-swingers have been applauded over outswing.

In 2017, Kumar tied the knot in a solemnizing ceremony with Nupur Nagar. Bhuvneshwar Kumar Wife name is Nupur Nagar. Bhivneshwar and Nupur got married on 23rd November 2017. Nuper is an engineer by profession & works for an MNC. Their marriage took place in Meerut.

Bhuvneshwar Kumar Net Worth is estimated to be between $1 Million – $5 Million (Approx.). He has been given Grade A Player contract by the BCCI, which he has an annual salary of INR 5 Cr. He was retained by SRH in 2020 with a salary of INR 8.5 Cr.

Bhuvneshwar has earned over ₹ 432,262,778 from IPL to date. Here is a detailed breakdown of his IPL earnings.

It was against Bengal that Bhuvaneswar Kumar had debuted at the age of 17. Not only did Kumar play from his home ground in UP, but he also played the Duleep Trophy from the Central Zone.

It was in December 2012 that Bhuvi made his memorable debut on the international stage in a T20I match that was held against Pakistan. With a 3 wicket haul, he had already attracted a great deal of attention of cricketing reviewers and experts. Post this he was ready to take on the ODI series that was lined up next to his first international match. In February 2018, Bhuvneshwar Kumar emerged victorious with his 5-wicket haul against the South African team. He became the first Indian bowler to have taken 5 wickets across all formats of the game. This was Bhuvi’s first T20 International that year.

In 2008-09, 19-year-old Bhuvi outshone after dismissing Sachin Tendulkar for a duck in the Ranji session. This brought the fresh bowler to the limelight as it was Sachin’s first duck ever recorded in his domestic cricket career.

Bhuvneshwar Kumar worked hard on refining his skills at bowling and this was noticed by the fraternity. Very soon he started playing beyond the domestic circuit and in 2009; he was selected in the Royal Challengers Bangalore team. Later he joined the Pune Warriors India. It was only after the dissolution of the Pune Warrior’s team that Bhuvi signed into Sunrisers Hyderabad in 2014. His team won the IPL series in 2016. He also donned the Purple Cap by taking 23 wickets in the IPL that year. That was just the beginning as the Meerut boy soon broke his record by picking another 26 wickets in 2017 IPL. Season 2018 of the Indian Premier League saw Bhuvneshwar Kumar designated as the vice-captain of the Sunrisers Hyderabad team.

3 wickets for 9 runs against Pakistan did add a feather to Bhuvi’s cap in his first international T201 tryst. In the ODI that followed, Bhuvi dismissed Mohammed Hafeez on his first delivery making yet another record in his career.

In 2013, in his very first Test debut, Bhuvneshwar Kumar emerged successful as a number 10 batsman. He scored 38 runs, recorded as the highest scored by an Indian batsman on Test debut. The team also won the Champions League trophy in 2013. Bhuvi took 6 wickets in 4 matches in the Champions League. Later that year, he recorded his top career figures against team Sri Lanka.

In 2014, Kumar represented India in its England tour. Bhuvi excelled once again in his batting skills as he became the first Indian player in the 9th position to get three half-centuries in just one series. As the finest bowler, at Lord’s, he also took 6 wickets for 82 runs setting another record in his international cricket career.

Unfortunately, due to issues of fitness, Bhuvi could play only one match in the 2015 ICC World Cup. But, that wasn’t a deterrent to his forward march, as in 2017 ICC Champions Trophy Kumar joined the team as a fully fit player.  It was in 2018 that Kumar took 7 wickets in their match against South Africa. This was recorded as the most number of wickets taken by a fast bowler in a bilateral T20 International Series

Now we take a look at Bhuvneshwar’s Cricket Career, his major cricket stats & cricket Milestones achieved by him in his career. Here we have all the Bhuvneshwar Kumar Stats including his career statics, batting career summary & all his basic cricket information. Bhuvneshwar Kumar’s jersey number in all formats is 15. 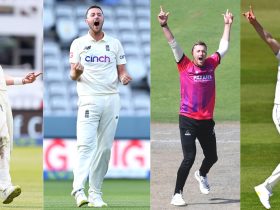 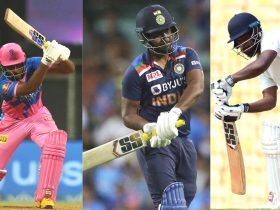 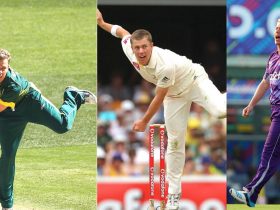 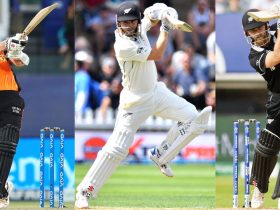