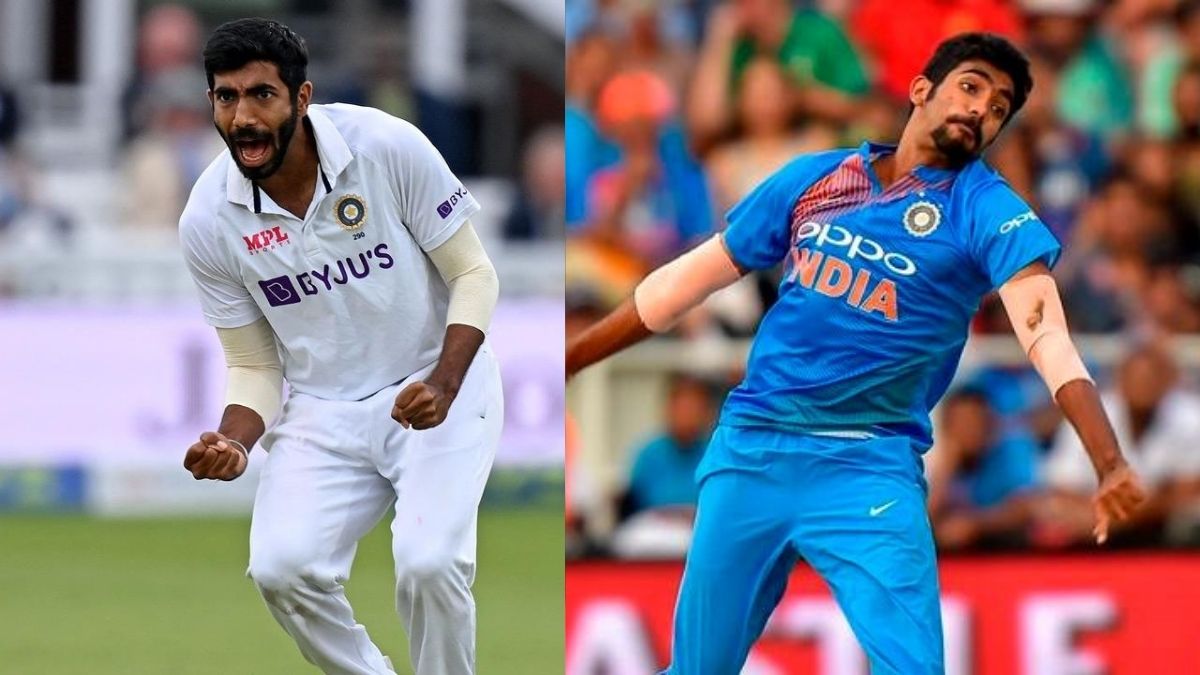 Jasprit Bumrah is arguably the World’s best bowler of all formats at the moment and his numbers in all formats are terrifying for any batsman. It was 2013 when the world first saw Bumrah in the IPL playing for Mumbai Indians. Looking at first no one could ever imagine that he is going to dominate World cricket in the coming future. He didn’t raise eyebrows instantly and performed decently in the first few seasons but due to his slinging action, comparisons were always drawn between him and Lasith Malinga.

If we are making a list of Modern Era’s best bowlers list then the first name which we will strike will be India’s Jasprit Bumrah but it was 2016 when the world finally saw Bumrah’s supremacy. He made his debut against Australia in Sydney and suddenly he was a different bowler and international cricket took the best out of him. He became a regular in India’s white-ball setup instantly and his yorker was his trademark.

A bowler is rated as a good bowler when he starts performing in all three formats and after enjoying success in white-ball cricket, Jasprit Bumrah was craving to succeed in Test cricket. A lot of experts didn’t see it coming and compared him to Malinga and said he might not succeed in the longest format as Test cricket is of a different pedigree. Bumrah proved everyone wrong and performed marvelously in his debut test series against South Africa.

2018-19 was the year when India was supposed to tour SENA nations and Bumrah performed exceedingly well on all the tours and is now in a league of his own. Bumrah has achieved various things on and off the field and in this article, we will see his net worth, house, income, etc.

Jasprit Bumrah’s net worth stands at INR 37 crores and his major source of income has been central contracts and match fees but due to his emergence in international cricket, many Brand Endorsements are associated with Jasprit Bumrah and generates him a good chunk of money.

Jasprit Bumrah Net Worth over the years

Let’s now go into details of Jasprit Bumrah’s net worth.

It was Mumbai Indians who firstly identified Bumrah’s talent and Kiran Moore was the scout who persuaded Mumbai Indians management to buy this lanky fast bowler from Gujarat. He joined Mumbai Indians for 10 Lakhs and his first IPL wicket was with Virat Kohli. He performed decently in his debut season and later in 2014 mega auctions, Mumbai Indians retained him in auctions for 1.2 crores.

He is now a core member of Mumbai Indians and in 2018, Mumbai retained him for a whopping 7 crores and is again likely to be retained by Mumbai next year for an even higher price.

Jasprit Bumrah is India’s go-to man in all formats. He is the only bowler in BCCI’s A+ central contract list and earns 7 Crores annually. The match fees pay structure developed by BCCI is as follows

Jasprit Bumrah’s rise in the cricket field not only has benefited him on-field but off-field big brands have signed him as their brand ambassador. He reportedly earns 3 crores through endorsements and due to his positive public image, his demand is increasing day by day.

Jasprit Bumrah is a very aggressive bowler but stays very calm and down to earth off the field. He is very active on Social Media and often is involved in Banter with his wife Sanjana. Bumrah also does Q&a sessions with his fans to keep them intact with him.

Jasprit Bumrah doesn’t own any fancy cars but has many classy cars. He likes luxurious classy cars and in 2018, he bought a Mercedes Benz which is reportedly worth more than 1 crores.

Jasprit Bumrah is from Ahmedabad and lives there with his family. During Lockdown last year, he showed glimpses of his luxurious mansion which is worth more than 3 crores. He also owns property in Jamnagar and other various parts of Gujarat but most of these are for investment purposes. He also owns a property in Pune.

Jasprit Bumrah was born on 6th December 1993 in Ahmedabad, Gujarat. Jasprit is a Punjabi but his family is settled in Gujarat. His mother is a school teacher and Jasprit used to feel pressure in managing studies and sports in his early days but his mother advised him to follow his heart and he chose cricket.

Jasprit Bumrah is married to India’s renowned TV star Sanjana Ganesan. Jasprit Bumrah always kept his personal life private but his name was linked with many Actresses. Even a few days before his marriage, no one knew about the name of Bumrah’s wife. Bumrah started dating Sanjana after the 2019 World Cup and after dating for almost 2 years, they decided to tie the knot in 2021.

Q. Is Jasprit Bumrah from Punjab ?

Yes, but his family is settled in Gujarat.

Q. When did he make his debut for India?

Q. What is the age of Jasprit Bumrah?

Not in particular but he credits him for teaching him so much composure.