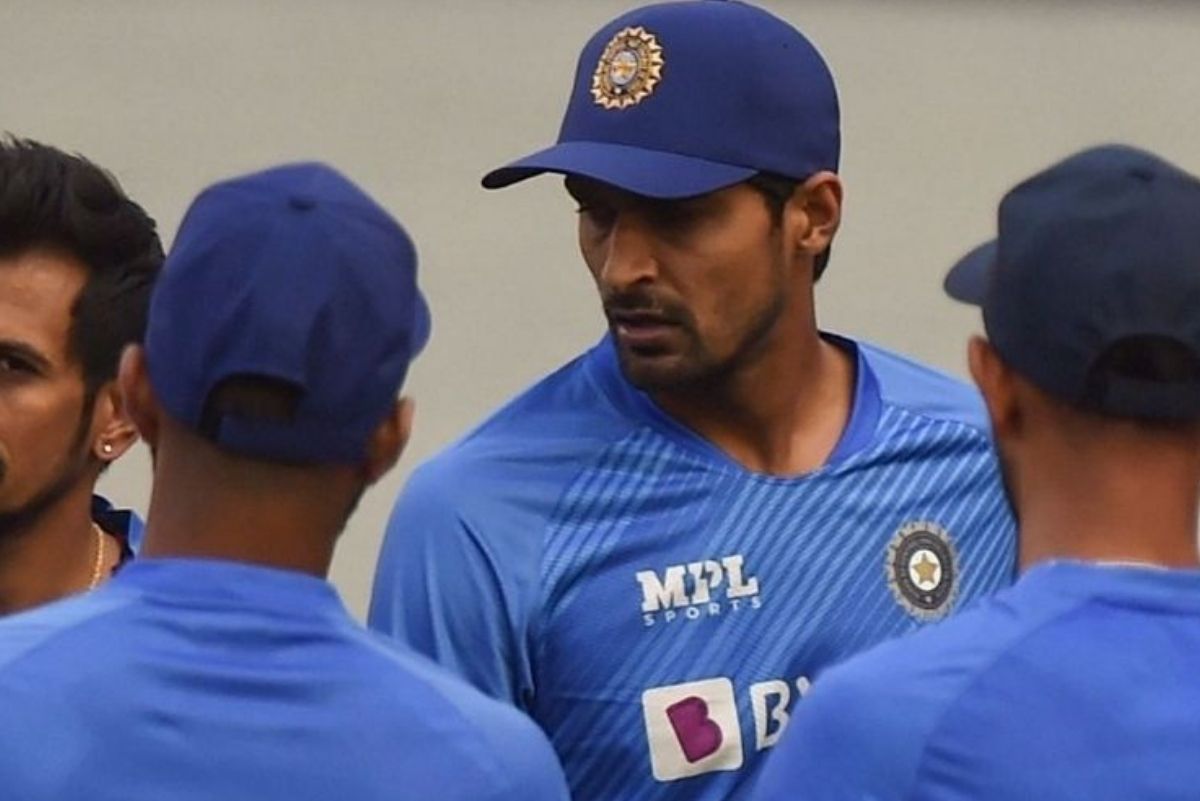 Deepak Hooda is an Indian cricketer who currently plays domestic cricket and has also represented the national team. Born on 19 April 1995 in Rohtak, Haryana, India, Tewatia is considered one of the best all-rounders in the Indian cricket circuit at the moment.

Hooda made his ODI debut for the Indian cricket team on 6 February 2022 against West Indies. He made his T20 debut against Sri Lanka after a few days.

Owing to his prowess, Deepak Hooda was picked up by the Lucknow Supergiants for the 2022 season. The all-rounder has been picked up for 5.75 crores.

In this article, we will have a look at Deepak Hooda’s Salary, Net Worth, Personal Information, Career details, Girlfriend, Controversies, FAQs, etc

Deepak Hooda Net Worth: Deepak Hooda’s net worth is reported to be around $4.9 million or Rupees 37.5 Crores in Indian Rupees. He has earned his net worth through endorsements, his playing career, his IPL salary, etc.

Deepak Hooda’s Salary: It is not known how much Deepak Hooda currently earns with the Indian National team or through his domestic cricket.

Over the years (2014-2021), Deepak Hooda has earned 17.4 crores while representing multiple teams in the Indian Premier League. From 2022, the all-rounder will play for Lucknow Supergiants for a whopping Rs. 5.75 crores salary.

Deepak Hooda’s Endorsements: Deepak Hooda endorses SS Sports for his cricket equipment as of now. We expect this list to certainly grow in the coming days.

Deepak Hooda’s Car Collection: The allrounder owns a Chevrolet Cruze. Apart from this, not much is known about his car collection for now. But we will surely update this list in the coming days.

Deepak Hooda’s House: Not much is known about his house. But as per other news sources, Deepak Hooda owns a luxury home in Haryana, India.

Domestic cricket and IPL career: Deepak Hooda started his domestic career while representing the Baroda team in 2012/13. Since then, he has gone on to score double centuries as well as help the side secure important wins in both First classes and List A cricket. Hooda moved to Rajasthan before the 2021/22 season.

The all-rounder started his IPL career with Rajasthan Royals in the 2014/15 season. Deepak Hooda made his IPL debut on 10 April 2015 for Rajasthan Royals against Kings XI Punjab, scoring 30 off 15 balls.

In 2016, Hooda was bought by the Sunrisers Hyderabad. The all-rounder helped his team win the IPL trophy in the same season and remained on the team until 2019.

Following this, Deepak Hooda was released and was purchased by the Kings XI Punjab in 2019. He remained with the squad for two seasons before moving to Rajasthan Royals in 2021.

In 2022 IPL auctions Deepak Hooda was picked up by the Lucknow Supergiants for 5.75 crores. He will represent the team from this year on…

As of today, he has made 2 ODI and 2 T20I appearances for the national team.

One Day Internationals (for India)

The Haryana-based player is yet to win a major trophy with his team. Hence we are waiting in anticipation and hoping that he will achieve this feat soon.

Sneha: Deepak Hooda is reportedly dating a girl named Sneha. Not much is known about them, including her surname as the duo have kept their relationship under wraps.

Spat with Krunal Pandya: Deepak Hooda sparked a controversy in 2021 after accusing Krunal of using ‘abusive language’ and ‘threats to end his career while the duo was playing for Baroda in the domestic circuit.

Following this, Hooda decided to shift his base from Baroda to Rajasthan after he left the team’s bio-bubble following the spat. Both the players were picked up by the Lucknow Supergiants team in the Indian Premier League in 2022. Hence it has to be seen if they get along for their IPL team.

Apart from this, Deepak Hooda has not been part of any other major controversy in his career.

The Gujarat Titans player is active on social media as well

Deepak Hooda generally posts about cricket, his pastime activities, and his friends and family.

Q- What is the name of Deepak Hooda’s kid?

He does not have any children yet

Yes, he is playing cricket actively in the domestic circuit and for the Indian cricket team.

Q- Against whom did Deepak Hooda make his India debut?

It is reported that he currently lives in Haryana, India.

We believe that his biggest accomplishment is yet to come.

Q- Who is Deepak Hooda married to?

Q- Who is Deepak Hooda dating?

He is reportedly dating a girl named Sneha.

Q- Who does Deepak Hooda play for in the IPL?

Deepak Hooda was picked up by Lucknow Supergiants for 5.75 crores in the 2022 IPL auction.