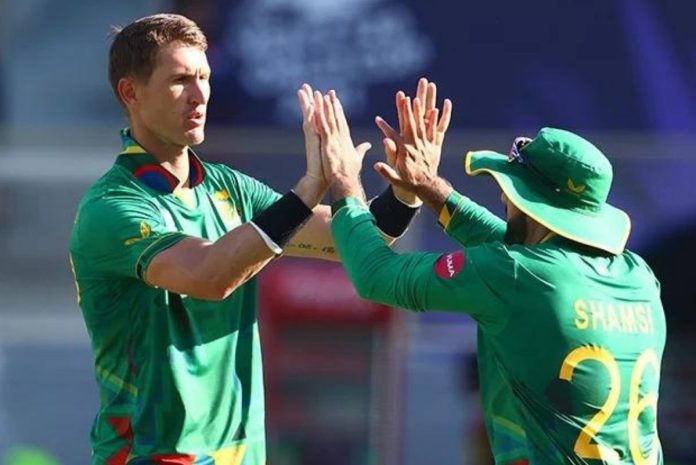 The bowling allrounder made his ODI debut for South Africa on 25 September 2016 v Ireland. He has since played both Test cricket and T20Is for his country as well.

Owing to his international pedigree, Dwaine Pretorius was picked up by the Chennai Super Kings in the 2022 IPL auctions. The Chennai-based franchise spent 50 lakhs to buy the bowler.

In this article, we will have a look at Dwaine Pretorius’s Salary, Net Worth, Personal Information, Career Details, Wife, Controversies, FAQs, etc

Dwaine Pretorius Net Worth: Dwaine Pretorius’ Net worth is reportedly estimated to be around $1.5 million or 11.3 crores in Indian Rupees. The South African bowler has earned his net worth through endorsements and match fees during his playing career and his investments off the field.

However, Pretorius will earn Rs. 50 lakhs for representing the Chennai Super Kings in IPL 2022

Dwaine Pretorius’ Car Collection: We do not have any information about Dwaine Pretorius’s car collection at this moment. We will update this section when we get accurate news from a credible source.

Dwaine Pretorius’ House: The fast bowler has not disclosed where he lives. Hence we don’t know which province he currently lives in South Africa. We will update this section once we find information about the same.

South African Cricket Team: Owing to his performances in the Domestic tournaments, Dwaine Pretorius was selected for the South African team in 2016. The bowler made his debut against Ireland on 25 September 2016 in an ODI match. Following this, Pretorius also made his T20 debut on 21 June 2017 against England and his Test debut against the same opposition on 26 December 2019.

His first big break came in 2019 when Dwaine Pretorius was picked up in the South Africa squad for the 2019 ICC Cricket World Cup in England. He made his test debut on the back of his performance in a major competition.

Dwaine Pretorius was also selected in the squad for the 2021 ICC Men’s T20 World Cup but the bowler could not help his team to the title as South Africa bowed out in the group stage itself.

Domestic Cricket: Dwaine has played for the Highveld Lions since 2011. This was his first big break as after this he has represented the North West, Jozi Stars, Northamptonshire, and Paarl Rock.

In 2022, Dwaine Pretorius got his big break in the IPL with the Chennai Super Kings. He was purchased for a salary purse of INR 50 lakhs.

Zilma Pretorius: Dwaine is married to Zilma and the couple has a son together named Hanlu. It is not known for how long they had dated before being married as the couple has kept everything about their love life a secret.

Both of their social media profiles frequently have pictures of one another and their son. The couple is very much in love and we hope that their love lasts an eternity!

Dwaine Pretorius has been highly professional throughout his cricketing career for his national team and domestic teams. The South African bowler has stayed level-headed and he has not been part of any spat or controversy on and off the field. Hence, we do not have any controversies to report about him.

We hope that Dwaine Pretorious continues to be the gentleman that he is as he goes forth in his cricketing career and his life.

The South African cricketer is active on social media as well

Dwaine Pretorius generally posts about cricket, his pastime activities, his sponsors, and his friends and family.

Q- What is the name of Dwaine Pretorius’ kid?

Dwaine Pretorius has one son his name is Hanlu Pretorius

Yes, he is actively playing cricket for South Africa and his franchise teams.

Q- Against whom did Dwaine Pretorius make his South Africa debut?

He made his South African debut on 25 September 2016 v Ireland (ODI). Dwaine Pretorius has since gone on to play T20Is and Tests for his nation as well.

He is yet to win a major trophy with the South African National team. On a domestic level, he has won accolades with the Highveld Lions and the Jozi Stars

Q- Who is Dwaine Pretorius married to?

Q- Who will Dwaine Pretorius play for in IPL 2022?

Dwaine Pretorius will play for the Chennai Super Kings after the franchise purchased him for Rs 50 lakhs in the IPL 2022 auctions.