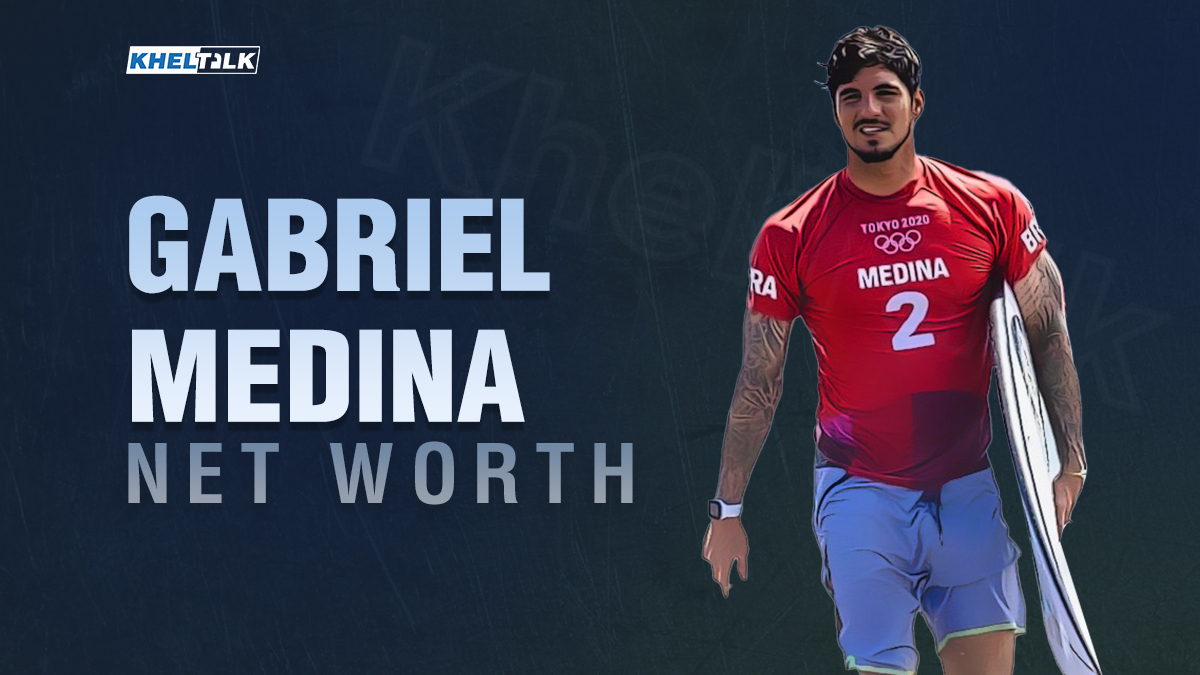 Medina made his debut in the World Surf League Tour in 2011. One of his biggest career highlights came when he landed the maneuver called “Backflip” in competition (also becoming the second person ever to do the move).

In this article, we will have a look at Gabriel Medina’s Endorsements, Net Worth, Personal Information, Family, Career details, Controversies, FAQs, etc

In 2021, Gabriel Medina’s net worth is reported to be between $3.5-4 million. He has earned his net worth through endorsements and competing in surfing competitions.

The surfer earns around $2 million per year through his various endorsements. The following are the brands that sponsor Gabriel Medina:

The Surfer lives near the shoreline of Sao Paulo, Brazil. He has a sponsorship deal with Audi and only drives cars of the mentioned company

Early Career: Medina picked up surfing at the age of 9 and already started winning tournaments within 2 years. He won competitions in the Sub-12, Sub-14, and Sub-16 brackets.

Medina’s first breakthrough came in 2019 when he won a contract with Rip Curl. He then started to pursue a professional surfing career. In the same year, Gabriel Medina set a new record. He became the youngest male winner of an open age pro-competition by winning the Maresias Surf International in Brazil by the age of 15.

Professional Career: Medina first participated in the World Surf League in 2011. He finished 12th that year with 28,700 points from 25 heats.

Medina still competed in the WSL’s Junior championship side by side. The Brazilian managed to win the World Junior Tour (ASP) in 2013, at age 19.

In 2014, he competed in the WSL with vengeance. He started the season by winning the Quiksilver Pro Gold Coast, which was the first event.  At the end of the year, Gabriel Medina went on to win his first-ever ASP World Championship. He scored 62,800 points from 51 heats that season.

In 2015, Medina managed to win the Vans Triple Crown of Surfing Championship and became the first Brazilian to do so.

In 2019 he finished behind Italo Ferreira. He lost out in the top spot by not performing well in the European Leg. Medina ended up being eliminated in the Round of 16 in Quiksilver Pro France and MEO Rip Curl Pro Portugal which cost his chances. He also won a silver and a gold medal in 2019, representing Brazil in the World Games.

In 2021, Medina once again conquered the WSL. After the 2020 season was canceled, Medina had a strong showing. The Brazilian got 43,400 points in the 8 events that were conducted.

Here are Gabriel Medina’s stats in the men’s championship tour:

Yasmin Brunet: Yasmin Botelho Fernandez or better known as Yasmin Brunet is the wife of Professional surfer Gabriel Medina. The 33-year-old Yasmin is a model by profession.

The couple got married in 2020 after several years of dating. They do not have any children yet. The duo keeps their personal life out of the media’s limelight and not much is known about how they first met each other.

Billabong Pipe Masters Interference: In the dying seconds of the round 16 heat in the event, Gabriel Medina pulled off a “controversial” move. Medina dropped in on Caio Ibelli and interfered in the surfer’s performance. Hence preventing Ibelli from getting the score that he needed.

Medina knew that if he interfered and got penalized, he would win. But there was a chance that Ibelli would win if they finished the heat. Though he received a one-wave penalty, he was awarded the heat.

Q. What is Gabriel Medina famous for?

A. He is one of the best surfers in the world currently. He has won the WSL three times.

Q. Who is Gabriel Medina’s coach?

A. Yes, he is married to Yasmin Brunet

Q. Does Gabriel Medina have kids?

Q. When did Gabriel Medina win his first tournament?

A. He won his first tournament at the age of 11. Winning the  Rip Curl Grom Search (Under-12) in Rio de Janeiro, Brazil.